Weak Idea at Bernie’s: Bureaucrats Should Not Negotiate Drug Prices

Devon Herrick
|
Posted: Apr 19, 2017 11:15 AM
Share   Tweet
The opinions expressed by columnists are their own and do not necessarily represent the views of Townhall.com. 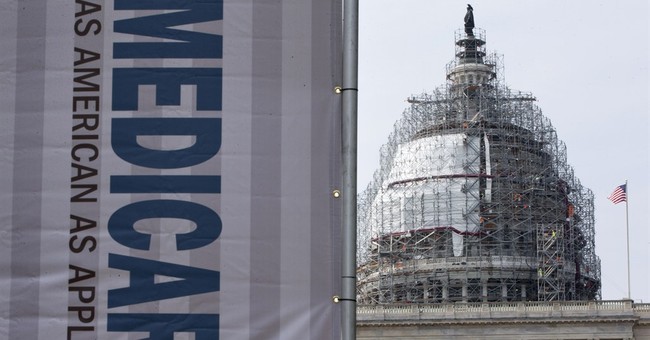 Senator Bernie Sanders and Representative Elijah Cummings -- along with a few other liberal Members of Congress -- want to change the way Medicare purchases drugs for seniors. Even President Trump has perpetuated the idea that having the government negotiate prices directly with drug makers would lower Medicare’s drug costs. It is a popular talking point mainly because many Americans naively assume Medicare does not haggle over the price of drugs. However, it’s a dumb idea; drugs used by seniors are negotiated through an elaborate bargaining process.

Private drug plan managers negotiate drug prices, often pitting each drug in a given class against competing drugs for a spot in a formulary. A formulary is the schedule of drugs covered by each plan. It varies slightly from one drug to the next, but on average, plan managers obtain discounts of about one-third off list prices. How do they do it? The pharmacy benefit managers (PBMs) who manage Part D drug plans have massive buying power. More importantly, PBMs also have the ability to say “no” and refuse to cover a given drug if the price is not competitive with what competing drug makers charge for similar drugs. It’s free market competition. The winning bidder is guaranteed a huge boost in market share if its drugs are approved for a large number of plan formularies.

Could Government Get a Better Deal? It’s doubtful. Granted, buying power is important. However, the primary leverage a buyer has is the ability to walk away from a deal and deny a firm its business. Most politicians lack the willpower to say no in the face of angry seniors convinced they need a drug they heard about on a TV commercial. (Need proof: politicians’ failure to repeal Obamacare is Exhibit A.)

The Centers for Medicare and Medicaid Services (CMS) is run by political appointees. These agencies are overseen by Congress and Congressional committees. Members of Congress often get campaign contributions from the industries they oversee. As you can imagine, if CMS were to decide against covering a particular drug, Members of Congress from the district where the drug is made would be pressured to intercede on the manufacture’s behalf. In a nutshell, Congress lacks the political will to effectively negotiate lower drug prices. When CMS inevitably failed to drive prices lower, there would then be calls from liberals for outright price controls, with prices dictated by fiat. Most economists agree price controls would result in fewer new drugs coming to market. Fewer new drugs means fewer generic drugs would follow.

History of Success. More than 40 million seniors rely on Medicare Part D for prescription drug coverage. By virtually all measures, Medicare Part D has been a great success. Seniors’ satisfaction rates average about 90 percent. Seniors participating in Medicare Part D pay about one-fourth of the cost of their drug plan, while the government subsidizes about three-fourths of the cost. Though subsidized by Medicare, the premiums seniors pay are a function of the plan they choose -- and ultimately of total program expenditures. On average, seniors chose plans with monthly premiums of about $42 for a stand-alone plan in 2017.

Premiums have remained affordable because drug spending per member has been far lower than projected. Back in 2006, the Social Security and Medicare Trustees projected the program would cost about $155 billion by 2015. Yet the cost in 2015 was only about $90 billion. Medicare Part D has come in under budget and held seniors’ drug plan premiums in check for one primary reason: vigorous competition among numerous competing plans. Seniors select the plan that best meets their needs, so plan sponsors are constantly looking for ways to earn their patronage.

Bad Solution to a Problem that Doesn’t Exist. Since its inception, the Medicare Part D drug program included an anti-interference clause. The Medicare program cannot take sides in negotiations among marketplace participants. Contract negotiations between drug makers, pharmacy networks, and drug plan sponsors are left strictly to the respective parties.

The status quo is the best possible scenario. When politicians talk about the government negotiating Medicare drug prices, keep in mind unelected bureaucrats and political appointees will be the ones negotiating. They would have little reason to drive hard bargains when their Congressional overlords want to protect valuable constituents. Without the knowledge that a “losing bid” risks losing out on virtually all business from seniors enrolled in a given Medicare drug plan, drug makers would have little reason to offer their lowest prices during contract negotiations. Let the market work its magic; past results have been good!