What is the Purpose of Obamacare, Ryancare, Trumpcare et al.?

Devon Herrick
|
Posted: Mar 16, 2017 1:08 PM
Share   Tweet
The opinions expressed by columnists are their own and do not necessarily represent the views of Townhall.com. 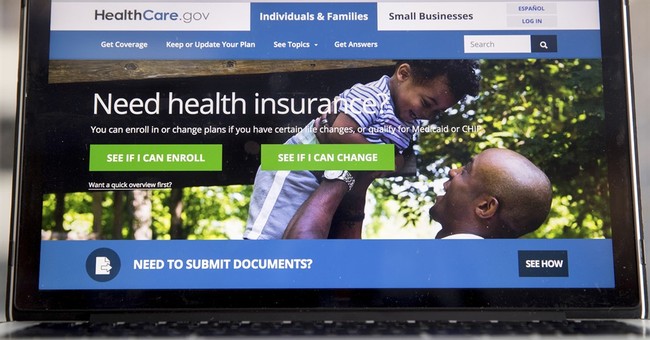 Republican proponents of the Americans Health Care Act are navigating a minefield with attacks from both the left and right. A CBO report claims 24 million people could lose coverage over 10 years, while a complete ACA repeal would only cause something like 23 million to drop out. The difference of opinion has to do with where you stand on the goal of health reform and the purpose of health coverage.

What should be the role of health coverage in our society? Some believe health coverage should function as insurance to manage unforeseen health risks. If you’re old and sick, you pay more; if you’re young and healthy, you pay less. Others believe the healthy and sick should all pay the same (high) premium so sick people get medical care at a bargain. Sometimes this is done through socialized national health systems, like those found in Britain and Canada. National health systems use a hefty dose of progressive taxation to fund health care. Obamacare was an attempt to achieve some of the goals of socialized medicine but through private insurance. To understand Obamacare it helps to compare and contrast health systems around the world.

Bargain Basement Health Care. Under the national health system (NHS) political model, everyone is guaranteed access to primary care, but typically less emphasis is placed on the sickest patients and access to care can depend on where you live. The British NHS makes access to primary care easy, but access to specialized care is more problematic. Patients in need of surgeries or other procedures often face long waits for care. Some of the regional British health authorities run out of lifesaving medications for cancer before the year is out. This practice of saving money by skimping on high priced medications is called the post code lottery by the British. Conditions are similar in Canada: primary care is easy to get, but there are waiting lists for many diagnostic tests and specialist consultations. The queues vary in length depending on the province in which you reside.

That is a common characteristic of national health systems: medicine becomes a political tool to maximize votes. Rational politicians want to spread public resources as broadly as possible. This suggests politicians should give the healthiest 80 percent of the population easy access to primary care, rather than expend too many resources on the sickest 5 percent — who consume half of medical expenditures. Many of the healthiest 80 percent of citizens probably vote; the sickest 5 or 10 percent may be too sick to vote.

Sky is the Limit Health Care. The polar opposite in a health care system is where the public is expected to pay for most of their primary care out of pocket — and then shell out thousands more to underwrite the extremely costly people with dread diseases. Under this model, no care should be withheld no matter how small the probability of improvement; no cost is too much for society to refuse.

Obamacare took us farther in the direction of the sky is the limit. The Affordable Care Act (ACA) banned both annual and lifetime caps on benefits, which removed any limits on what the sickest patients could demand from their fellow Americans. Specialty drugs that cost $1,500 per month and orphan drugs that run $160,000 per year are both examples of extremely costly medicine.

The ACA is failing because it allows anyone to sign up for coverage regardless of health status. Yet enrollees with poor health pay the same premiums as healthier people. This means healthy people have to pay far more than they would otherwise pay if premiums were based on their expected health risk alone. Healthy folks don’t generally like paying premiums that are the size of car payments when they only anticipate seeing a doctor once during the year. That’s why there’s an individual mandate. Without a mandate, healthy folks would drop coverage, destabilizing the insurance pool. Premiums would rise for all who remain until a fresh round of semi-healthy dropouts drove premiums even higher.

The problems facing bargain basement socialized medicine and sky is the limit Obamacare is that with either of these two extremes people aren’t allowed to make any choices about their preferences. Rather, preferences were made for people at a cost of hundreds per month. The sooner we realize that the better we will be financially.