Devon Herrick
|
Posted: Mar 08, 2017 1:04 PM
Share   Tweet
The opinions expressed by columnists are their own and do not necessarily represent the views of Townhall.com. 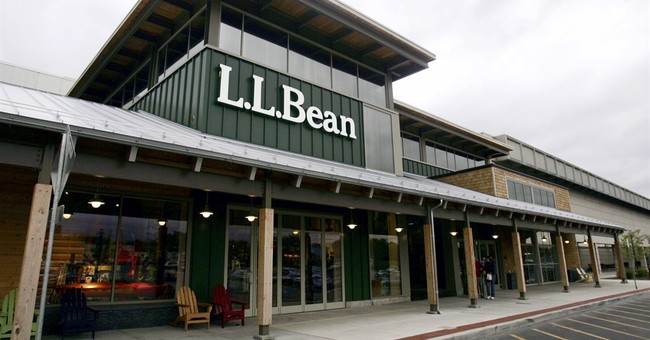 After their preferred candidate lost the election, many Trump Haters began looking for payback. They wanted Trump to experience as much pain, discomfort, and embarrassment as possible. Trump’s crime? His views are abhorrent to progressives’ delicate sensibilities. Progressives’ obsession with political correctness obligates them to pursue any opportunity to delegitimize Trump’s presidency. At this point liberals’ objections are akin to a religious crusade -- not just cultural or political differences of opinion.

Liberals are fond of promoting consumer boycotts of companies that do not kowtow to liberal causes. Trump’s numerous business interests make him more vulnerable to this tactic than most politicians. The initiative #GrabYourWallet was organized by a digital marketing consultant from San Francisco to track firms doing business with the Trump family. Dozens of companies are on the boycott list, including Overstock.com, TJ Maxx, L.L. Bean, Amazon and every merchant known to carry Ivanka Trump apparel. Boycott activists want retailers to remove all Trump merchandise from store shelves, regardless of whether other consumers may want it. The presumed intent is to hurt the president and his family financially for reasons that can only be described as vindictive and petty. Most of the companies targeted have no political affiliation.

Northwestern University professor, Brayden King, looked at consumer boycotts that took place over a 15 year period (1990 to 2005). Professor King found boycotts did not significantly reduce sales. Other academics have reached similar conclusions. Professor Schweitzer of the University of Pennsylvania recently told Forbes, “Boycotts typically have more symbolic value than economic impact.” UCLA economics professor Ivo Welch apparently agrees. He told Freakonomics radio, “Boycotts almost surely will never work.” In King’s research, the targeted companies changed some aspect of their business practices in only a minority of cases. The stock price dipped for a couple months but that’s about all.

Just look what happened at Whole Foods. When Congress was debating Obamacare in the summer of 2009, Whole Foods CEO John Mackey wrote a commentary for the Wall Street Journal critical of Obamacare. Whole Foods employees have health savings accounts (HSAs) and Mackey thought consumer driven health care was a better way to reform health care. Whole Foods’ customers are decidedly liberal and the backlash was swift. Yet, the backlash had no lasting effect. At the time Whole Foods’ stock was selling for just over $14 a share. Two years later it had doubled and four years later it had doubled yet again. The current share price is around $30 due to increased competition from other grocers who have entered the healthy/organic foods market segment that Whole Foods helped create.

Upon closer inspection, most liberal boycotts are really just a façade -- resulting in little more than short-term PR headaches for targeted companies. Granted, the diehard activists will look for alternative products to buy. Yet, marginal activists who participate in boycotts lose interest quickly. Their consumer preferences do not change and they ultimately yield to convenience. Most of the rest who join boycotts are those who would never have purchased a company’s product anyway. That’s the kicker: if it takes any effort most marginal boycotters lose interest when the news cycle switches to a new topic.

In some cases, the companies targeted by crybaby activists have a dedicated fan base who supports the company and its culture. In 2012 Chick-fil-A got into trouble for comments made by the COO regarding gay marriage. His comments threw liberals into a tizzy. There were soon calls for a boycott of Chick-fil-A. In response to the boycott former Arkansas Gov. Mike Huckabee organized a counter boycott (a so-called boycott), resulting in a huge show of support. Despite the negative publicity, Chick-fil-A is doing well with 2,000 locations and $6 billion in annual revenue.

Believe it or not, outdoor gear retailer L.L. Bean found itself on a liberal boycott list. A boycott was called after it came to light that a wealthy heiress to the family fortune — one of more than 50 family members — contributed to a pro-Trump political action committee. What this boycott hopes to achieve is hard to imagine. L.L. Bean stays out of politics; it does not endorse political candidates or make political contributions. Most L.L. Bean stores are in blue states. If I were to venture a guess I would bet the average L.L Bean employee is about as conservative as Nancy Pelosi. If the boycott succeeds in hurting company sales the hardest hit will be sales associates who suffer lower sales commissions or lose their jobs.

Left wing nutjobs are constantly calling on fellow progressives to boycott products for one cause or another. There are so many companies (and states and countries) on various boycott lists it is impossible to keep track of them all. The only thing consumer boycotts actually achieve is making the sanctimonious crybabies promoting them feel good about themselves.