Devon Herrick
|
Posted: Nov 22, 2016 9:43 AM
Share   Tweet
The opinions expressed by columnists are their own and do not necessarily represent the views of Townhall.com. 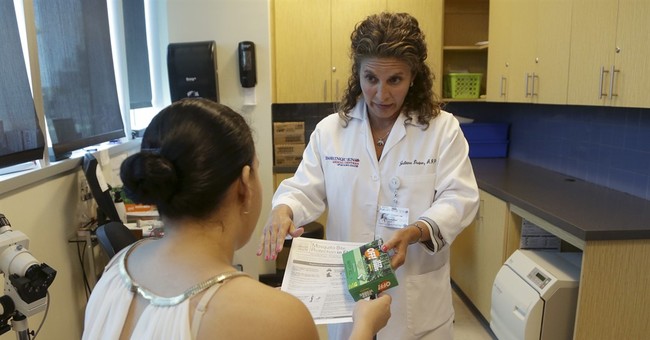 President-elect Donald Trump made repealing Obamacare the cornerstone of his campaign. Now that he has won, his future administration is faced with the daunting task of unraveling nearly seven years of Obamacare.

It will not be easy. The most pressing goal should be to replace all the costly provisions in Obamacare with the consumer-friendly health plans most Americans prefer. In the process, reformers must change the way medical care is financed so that consumers have control over their health care dollars as well as the means to pay for medical care over their lifetimes.

Congress can repeal some Obamacare provisions -- but not all -- using budget reconciliation, which requires only a simple majority. The individual and employer mandates and all the Obamacare taxes could be repealed this way. This wouldn't help with the regulations that prevent insurers and employers from designing affordable health plans, however. Repealing the insurance mandates, including the “essential benefits” package, would require a filibuster-proof majority. As a starting point, the president should command his incoming HHS Secretary to drop the appeal of House vs. Burwell. The Obama administration already lost the court case, which found Obamacare cost-sharing reduction payments to be illegal since they had not been appropriated by Congress. Without being reimbursed for the cost-sharing reduction payments, insurers would likely drop out of the market, since they are required to provide the subsidies whether or not they get reimbursed for them. The administration should also prevent any Court Settlement Funds from being used for insurance bailouts. A powerful weapon Trump will possess is the power to order his HHS Secretary to stop enforcing Obamacare’s provisions. Taken together, these may apply enough pressure to encourage moderate Democrats to side with Republicans to amend Obamacare’s insurance regulations to better suit consumers’ needs.

Trump has already indicated he supports allowing young adults to stay on their parents’ employer plans. He has also indicated he favors retaining the ban on pre-existing condition exclusions. Such a ban should come with restrictions, such as guaranteed renewability for those who maintain continuous coverage. Obamacare provisions that allow anyone to sign up for coverage without proving they have continuous coverage (no gaps of more than 62 days) is what allows deadbeats to game the exchange. This drives up premiums for honest folks and is bankrupting insurers.

Increased flexibility in health plan design should also encourage the use of cost-containment tools, such as expanded health savings accounts. Trump has already indicated he supports expanded use of HSAs. Why not allow HSAs to be a vehicle for saving for family leave, sick days and retiree medical care -- regardless of the coverage people choose?

Many Americans do not have access to coverage through work. They must pay for health insurance with after-tax wages or pay the full cost of medical treatment out of their own pockets. Trump supports allowing a tax deduction for those who lack access to health coverage at work. Many Republicans also believe a tax credit should be available to those who do not get employer subsidies. The tax credit could replace the cost-sharing and sliding-scale subsidies of the Obamacare exchanges and could be used to purchase private health insurance or to pay directly for care. The credit should be adjusted for health status, or age as a proxy for health status.

Another goal of any reform agenda should be to expand Americans’ access to primary care. If you ask low-income Americans, they mainly want to be able to see a doctor should they become ill. Obamacare’s unlimited lifetime benefits and high-deductibles is not the kind of coverage they prefer.

Reformers should focus on removing barriers to competition in the hospital sector. Nearly one-third of health care spending is on hospital care. It is more costly than need be because hospitals do not have to compete on price to attract patients. Hospitals charge more for almost every service, whether performed only in hospitals or done in other care settings. Site-neutral payments would save consumers a bundle – as could patient centered medical homes and care coordination for the sickest patients.

Public policy also should seek to encourage price transparency. This could be done by requiring a meeting of the minds between patients and their providers, the standard for an enforceable contract. It should also create a safe harbor, making it easier for a provider to collect fees if he or she is transparent about costs. Providers who disclose fees and declare their network status in a patient quotation would be an indicator of transparency. However, agreements should be obtained through informed consent, rather than consent under duress.

Medicaid needs to be reformed to better serve low-income families. States should be allowed to experiment and find solutions that meet each state’s unique needs. For able-bodied adults on Medicaid, the program could be designed to transition them to private plans as their incomes rise, including requiring enrollees to pay small premiums; to work, seek work or participate in job-training programs; and requiring enrollees to pay nontrivial copays and cost sharing. States should also be allowed to remove beneficiaries who fail or refuse to pay premiums, co-pays or follow the rules.

These are just a few of the needed reforms that would make health care more responsive to patients and consumers. The key to any substantial reform agenda needs to fully engage the patient. Only then will providers compete for patients’ patronage by competing on price, quality and other amenities.