Common Sense Solution to Opioid Abuse Is Being Ignored

Devon Herrick
|
Posted: May 12, 2016 10:14 AM
Share   Tweet
The opinions expressed by columnists are their own and do not necessarily represent the views of Townhall.com. 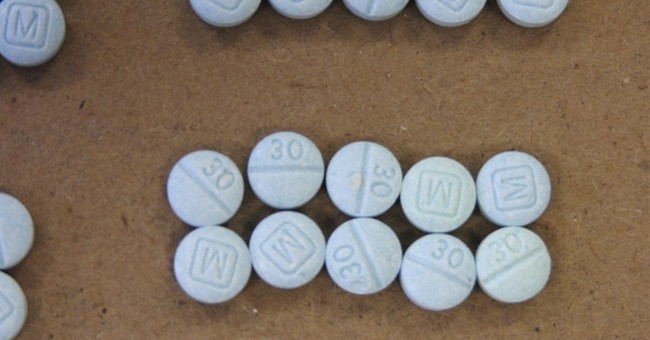 With opioid addiction on the rise, Congress has taken up the issue of drug abuse. This week the U.S. House will likely approve more than $100 million in funds for substance abuse treatment and training for emergency medical technicians and emergency room personnel. Many Democrats in Congress are requesting even more -- much more. Some Democrats think an additional $600 million is needed to combat drug abuse and slow the epidemic of drug overdoses.

For all the talk about ways to deal with the problem of opioid abuse there appears to be little discussion on a commonsense solution to prevent it from increasing. A policy often proposed is mandatory electronic prescribing of narcotic drugs.

Estimates vary but about 12 percent of prescriptions are for controlled substances. That adds up to nearly 1 pill in every 8 dispensed. Of all the chronic diseases and conditions that exist -- hypertension, high cholesterol, heart disease, chronic indigestion, emphysema, diabetes and cancer to name a few – the notion that 12 percent of all drugs prescribed are for powerful narcotic pain relievers defies common sense. Obviously, this huge amount represents drugs diverted to the illicit market, abused and used recreationally. Inadequate tracking of controlled substances drives up costs for drug plans, employers, insurers, taxpayers and society as a whole. An analysis performed nearly a decade ago found that every $1 worth of drugs lost to fraud was associated with $41 in medical costs lost to abuse. Doctor shopping, the side effects of addiction, and unnecessary emergency room visits for intense pain where the addict hopes to get a narcotic pain reliever boosts the cost of drug abuse.

Opioid abuse has taken hold of entire regions of the country. The reality is prescription opioid drugs are yet another product in the illicit drug trade. There are multiple causes, but one is that prescription opioids have historically been easy to obtain for recreational purposes. Prescription opioids are cheaper and often easier to get than illegal drugs, the mere possession of which could get you arrested. With a little persistence and creativity, oxycodone, hydrocodone and soma can be obtained from retail pharmacies for retail prices -- rather than the marked-up street price or the price for illegal drugs smuggled in from abroad. For instance, $200 spend on Oxycodone at a retail pharmacy would cost $1,100 to $2,400 on the street.

Until recently, many physicians were too lenient when prescribing narcotic drugs and physician-owned pill mills were common. This is changing. Thinly veiled physician pain management practices -- so-called pill mills -- have been shut down in many states. But doctor shopping -- that is, seeing multiple doctors for prescription narcotics, is still common. This method fools many doctors because their patients are seemingly adhering to safe protocols. Not one doctor realizes their patients are seeing three, four or five other doctors in search of quantities of pills no one doctor would prescribe. Without proper management, legitimate patients experiencing significant pain can sometimes become addicted to their pain medications. Worse, many pain patients are merely people faking symptoms to get drugs. The danger is that at some point prescription opioids will no longer satisfy their cravings and some addicts move on to stronger drugs like heroin.

Something else that must be addressed are protocols allowing only a physician to authorize a prescription for controlled substances, methods for pharmacies to authenticate prescriptions, electronic system interfaces to ensure patients are not engaged in shopping for multiple prescriptions of controlled substances, and a mechanism enabling doctors to easily transfer scripts should a pharmacy not have the drug in stock. These are not insurmountable.