Affordable Health Plans Have Gone Extinct; Obamacare Killed Them Off

Devon Herrick
|
Posted: Feb 04, 2016 12:01 AM
Share   Tweet
The opinions expressed by columnists are their own and do not necessarily represent the views of Townhall.com. 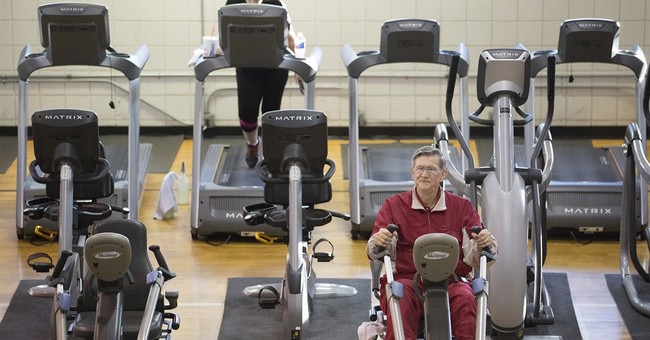 The Affordable Care Act (ACA) was designed to force most Americans to buy something unaffordable so a few high-cost individuals can get coverage for less than they otherwise would. The inevitable result is that the Obamacare exchange has become a high-risk pool for people who are poorer or sicker than average. Obamacare plans are a bad deal for all but the most costly enrollees or those receiving lavish subsidies. Middle-class, healthy folks have largely shunned Obamacare Marketplace plans. Consider this: according to the comparison website, HealthPocket.com, a family who receives no subsidies pays nearly $1,000 per month for a bronze plan with a high deductible. Bronze plans would cost my family $12,000 per year and require deductibles of $6,750 apiece. These plans are a poor value for most enrollees by design. Here’s why.

Advocates for public health and left-leaning policy advisors (who loath to assign personal responsibility) all want everyone enrolled in health coverage. This includes not only those with significant medical needs but also those with few medical needs. Advocates like insurance because they want individuals with health concerns to bear little of the cost out of pocket. They prefer that insurers, employers and healthy individuals subsidize the cost. Thus, it should come as no surprise that proponents of Obamacare wanted for an individual mandate forcing all U.S. residents to have health insurance coverage. Proponents also lobbied for regulations prohibiting insurers from providing discounts for favorable health risks or turning away customers because they’re likely to be unprofitable.

To accomplish these goals, ACA regulations had to limit Americans’ choice of health plans. Health insurance that does not cover a plethora of preventive care, plans that cap benefits at predetermined levels and plans that reward Americans for having led healthy lifestyles are no longer allowed. Granted, insurers are allowed to discount premiums slightly for participation in wellness programs. But insurers know this is like closing the barn door after the horse has bolted. Whereas unhealthy lifestyles have little impact on 25-year olds, decades of unhealthy living makes a huge difference in 55-year olds.

Most people covered by health insurance actually experience very low claims in any given year. Thus, health plans with modest benefits would meet the typical medical needs of most Americans. Limited benefit plans, sometimes called "mini-meds," only cover the first few thousand dollars of medical costs each year and do not cover catastrophic costs. By contrast, high-deductibles plans cover catastrophic costs, such as major surgery or illness, but typically require an individual to pay for the first few thousand dollars of care out of their own pockets.

Although annual health care spending per capita approaches $5,000 per year late into middle age, about half the population spends less than $500 annually on medical care. According to health economists, about 60 percent of medical costs are attributable to behaviors and lifestyle choices. These include heart disease, diabetes, hypertension and high cholesterol. High medical spenders tend to be older individuals whose bodies are damaged from years of neglect and poor lifestyle choices that sometimes exacerbates being dealt a lousy genetic hand. In an attempt to transfer subsidies from low-spenders to big-spenders, Obamacare has purposely undermined affordable coverage. In the process it also removed the incentives health plans use to encourage healthier lifestyles.

Obamacare mandated plans have priced many Americans out of health coverage altogether. As the evidence shows, this strategy doesn’t work. Insurance is not a one-size-fits-all product. A high-risk pool or a health status-based tax credit would be a better way to assist individuals with health concerns. The market needs the flexibility to allow people to purchase coverage that meets their needs and their budget.