Derek Hunter
|
Posted: May 23, 2022 12:01 AM
Share   Tweet
The opinions expressed by columnists are their own and do not necessarily represent the views of Townhall.com. 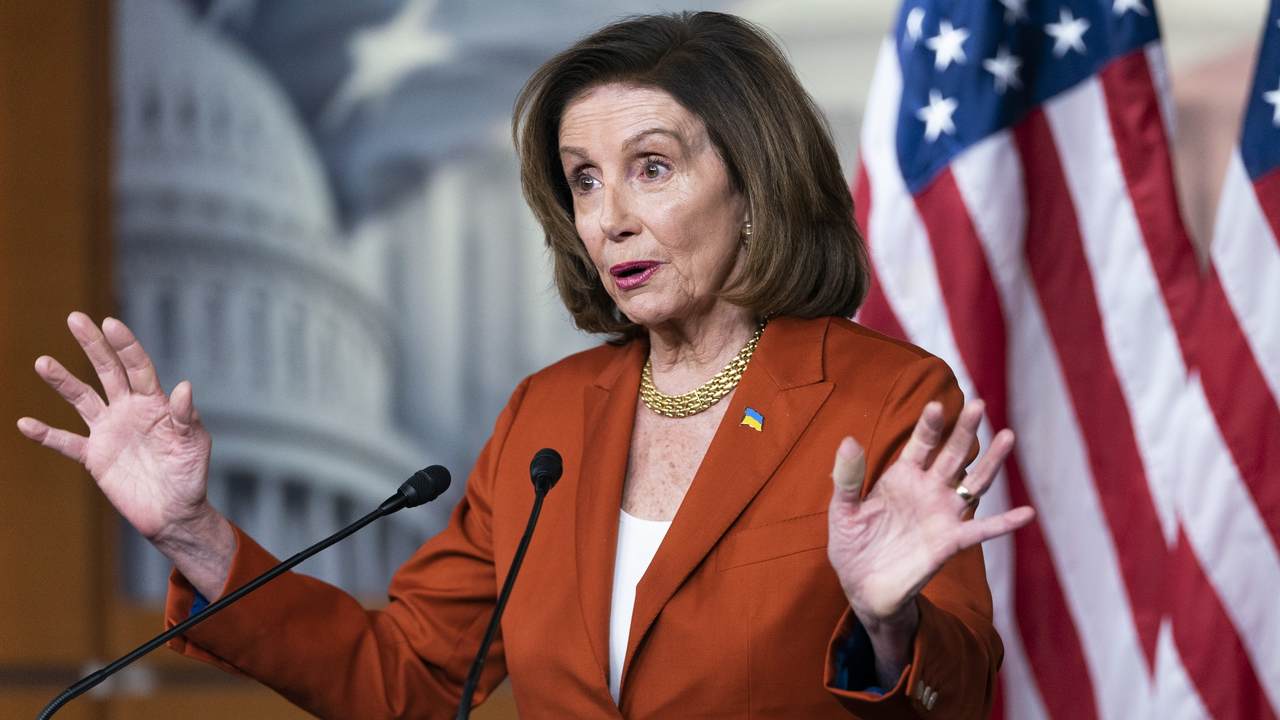 There is a relatively new trend in left-wing fundraising that is particularly hilarious. It's not lying, that's the left's bread and butter (or tofu and whatever communists eat with tofu on it), it's more like a telegraphed punch. Actually, a pathetically noodle-armed telegraphed punch. But it must work because they keep doing it.

I'm talking about the "I'm about to ask you" gambit. Nancy Pelosi uses it most often, but a lot of left-wing candidates are picking up on it.

A recent email from Pelosi is a prime example. It opens, "I'm about to ask you for $15. But first, let me explain why donations from our Founding Members are so important to me personally."

I have no idea what a "founding member" is. I've never given a Democrat a dime, so unless it's someone who ignores every request for cash or laughs hysterically at how dumb liberal fundraising campaigns are, I can only guess it is a made-up term intended to make the sucker reading the email seem important. Either that or, since Nancy has been in politics since the Earth cooled, it has something to do with her attendance at the founding of the country as a teenager.

Whatever the case, I promise you that no one reading the email has any idea either. And, weirdly, the email never makes a serious attempt to explain it either.

"We're about to embark on a historic Election Year that will make or break our House Majority," it continues. "Can I count on you to become a 2022 Founding Member before midnight? I need 2 more Democrats from your state before midnight."

Again, the Founding Member stuff without saying what it is. Is it just giving them $15? Is there a membership card? Secret handshake? A Playboy Club-type penthouse somewhere only Founding Members can enter and hang out with Pelosi and the gang?

While Nancy makes it sound important, it is a scam. You'd actually have to add at least two zeros to your donation to stand a chance of getting into a packed room with the Speaker of the House, and even then, you wouldn't get close enough to get a clear picture of her, let alone a picture with her. Nancy doesn't bother with the little people, she doesn't have the time or care. Cut a serious check, and she'll do your bidding. She wouldn't even bend over to pick up $15 in cash if she saw it on the ground.

So why say she's going to ask you for $15, why not just do it? Because they need you to keep reading. The longer into the email someone reads (unless they're laughing at how dumb it is), the more likely they are to give. If you say what you're going to do without technically doing it, the moron reading will have their curiosity aroused. By the time they get to the ask, they might actually believe they could be the difference-maker.

"Republicans are constantly trying to defeat our Democratic Majority so they can roll back our reproductive rights," Nancy then whines. "They've raked in millions to unseat us simply for doing our jobs. They've threatened our members."

How dare Republicans raise money to defeat Democrats! What a stupid line. Are we supposed to just roll over and play dead, like Nancy has for The Squad? "All they're doing is their jobs!" I didn't realize it was their job to screw up everything. Pretty sure they would've gotten even fewer votes if they'd campaigned on that.

"I'm counting on 2 more Democrats from your state to step up before my End of Week deadline and become 2022 Founding Members," she writes as she finally gets to the ask. "Can you rush in $15 to defend our democracy and Majority from Republicans who are out to unseat us?"

Who is dumb enough to read this and reach for their wallet? I live in Maryland, and a huge number of very wealthy leftists who make their fortune off government in one form or another, live in Maryland. You would have needed to take a frying pan to the head recently to believe they're short on donors or cash from Maryland. Yet, that's their pitch.

They tell you what they're going to ask you for without technically asking, get suckers on the hook, then wait for the cash.

The funniest part is they have no accomplishments to brag about. As part of what they're claiming they did, Pelosi says Democrats "Made life-saving vaccines available for MILLIONS of Americans to end this pandemic." In the same breath, these leftists will tell you the pandemic is not over, and that's without even mentioning anything about the vaccines not working.

Nothing about these people is honest, why should their fundraising emails be?