Australia Is A Mess, But Who Cares?

Derek Hunter
|
Posted: Jan 18, 2022 12:01 AM
Share   Tweet
The opinions expressed by columnists are their own and do not necessarily represent the views of Townhall.com. 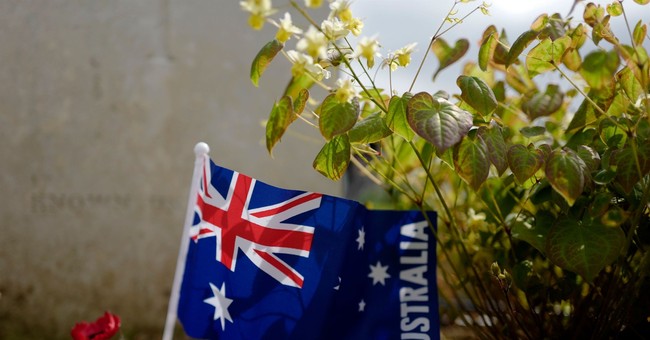 It’s tempting to look at any major city in this country and think, “This is horrible, these corrupt politicians need to fix this.” It would also be wrong to do. Because no matter how huge parts of bad Detroit, Baltimore, Chicago, Philadelphia, St. Louis, Los Angeles, etc., get, it is important to remember that the people who live there voted for the moronic politicians who did it to them. The same goes for Australia, France, Canada, New Zealand, Germany, etc. Citizens voted for the totalitarian boobs arresting them or promising to “piss them off” if they don’t comply with every whim of the government.

People assume places like Australia are very similar to the United States because we share a language, like the same movies, and so on. But Australia, Canada, the United Kingdom, France, anywhere else, is nothing like the United States. Our government does not grant us rights like these other places. Our Constitution guarantees our government cannot infringe upon the rights with which we were born. If our rights were granted by the government, there would be no rational case against the government taking them away. Nothing would make Democrats happier than to be able to do that. Thank God our Founding Fathers had the foresight to protect us against that.

The rest of the world, even the parts of it that are similar to us, aren’t so lucky.

Canada is making moves against citizens who won’t get the COVID immunity booster shot (it’s inaccurate to call it a vaccine), as is France, where their President has pledged to use the power of government to “piss off” anyone who won’t obey.

And then we have Australia. It’s tempting to think of them being just like us – Nicole Kidman married a country music singer, what could be more “American”? Hugh Jackman IS Wolverine! But they aren’t anything like us when it comes to individual rights.

The former prison island has reverted back to one, not only for those who haven’t gotten the shot, but even for those who have. The elected officials there are quite vocal about what they’re willing to do to anyone who won’t obey.

So when tennis star Novak Djokovic was going through the drama of trying to play in the Australian Open, it wasn’t a surprise. Australian citizens are routinely placed under house arrest and tethered to a small radius around their homes, why should some rich tennis player have it any better?

Djokovic was eventually deported because an example had to be made. Honestly, I don’t really care because I’m not Australian, nor do I like or watch tennis. But the concept is worth noting – they are not like us.

You can sit there and be shocked by how Australia and these other countries are acting, how they’re treating their citizens, but you have to remember that the people in these countries elected these politicians.

It’s tempting to look at Detroit and feel bad for the people living there, but the people living there empowered the politicians who ripped off and ruined the city, reelecting them over and over. How do you look at someone banging their head against a wall while complaining about having a headache and give a damn? Once you tell them their head might not ache if they’d stop hitting it against the wall, you’ve done all you can. You’re not obligated to buy them a helmet, get them therapy, put a pillow against the wall, nothing.

Some actions or decisions have to be arrived at on their own, and throwing off tyrannical or corrupt politicians is one of them. Liberty given is never as appreciated or protected and liberty won. That’s true for war, and it’s true for politics.

As you watch the various dramas unfold down under, know the same things could be happening nearly anywhere you think of as “just liked us.” Because nowhere is “just like us.” America is unique, and it is that uniqueness that makes us special. It is our tradition of, and commitment to, individual liberty that separates us from the rest of the world, making us the target of envy.

It is also what needs to be protected from those on the left who would love nothing more than to make us like the rest of the world. That cannot be allowed to happen.