Australia Is What Democrats Wish We Could Become

Derek Hunter
|
Posted: Aug 19, 2021 12:01 AM
Share   Tweet
The opinions expressed by columnists are their own and do not necessarily represent the views of Townhall.com. 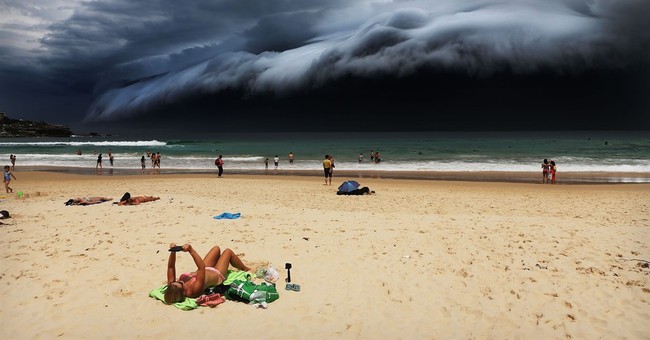 Putting that aside, the way governments all across Australia are conducting themselves during this pandemic should make everyone realize that the similarities may well just end at language. More importantly to us, what is happening in Australia is what Democrats would love to do here, so it’s important to keep an eye on.

The state of New South Wales is an extremely large state on Australia’s southeast coast. You probably haven’t heard of it before, but it’s the state Sydney is in. It’s under complete lockdown due to COVID-19.

Upon hearing that you’d think COVID is running rampant, out of control, and extreme house arrest for everyone is the only way to prevent genocide. It’s not, not even close.

The population of New South Wales is 8.2 million. The number of COVID cases in those 8.2 million people is 13,503. Not currently, but throughout the entire pandemic. There have been 102 deaths – again, not this week or month, but over the last year and half.

Don’t get me wrong, each case is scary and every death is tragic, but some perspective is important. It’s important because the state is still currently on lockdown, and has been for the last 7 weeks. The lockdown is complete and total, with police actively pursuing anyone who leaves their house for any reason.

On its Facebook page, the NSW police put up a lengthy post reading, in part, “The NSW Police Force will launch Operation STAY AT HOME from 12.01am Monday 16 August 2021, in a significant boost to public health order enforcement efforts across the state.”

It continues, “1400 officers attached to Traffic and Highway Patrol Command will be dedicated to both static and mobile COVID-19 compliance operations on the state’s roads. A further 500 Australian Defence Force troops, in addition to the 300 already deployed, will assist with compliance checks and patrols.” It sounds more Soviet than anything else.

Further, the post quotes Deputy Commissioner of Police Mal Lanyon, saying, “The level of non-compliance by some members of the community is unacceptable and we will be doubling down with compliance and enforcement to make sure we get ahead of the Delta strain. It only takes one person to do the wrong thing to facilitate considerable spread of the virus.”

To that end, Lanyon informs the public that there will be a steep price to pay if you disobey government and leave your house for unauthorized purposes. “We will be issuing $5,000 fines to people and closing any businesses which continue to breach the health orders, and will not apologise (sic) for these increased enforcement efforts going forward,” he said.

At the current exchange rate, 5,000 Australian dollars is $3,684 USD, nothing to sniff at for leaving your house to visit family in another. “There will be nowhere to hide if you are doing the wrong thing. If you travel anywhere beyond your LGA (government approved area of travel based on where you live) at the moment, you are putting everyone else in NSW at considerable risk,” the police conclude.

They then ask for citizens to call police to report anyone who dare travel unnecessarily or beyond the area they’re allowed to for health care or food shopping.

The responses to the post are what you’d expect in tone, but perhaps not in quantity. There are always people ready to obey authority, it’s how totalitarian regimes maintain power even though they are a distinct minority. What’s disturbing is how completely those people bow to power, out of fear or whatever. How they chastise their fellow citizens for daring to question authority is unsettling, to say the least.

Australia and the United States are both English-speaking countries what are ostensibly free. The similarities between the two counties end there. Australia was founded as a penal colony, it appears to be reverting back into one. It’s nothing like the United States, but it’s everything Democrats would love to force this country to become.