Can We Be Honest About Democrats and George Floyd?

Derek Hunter
|
Posted: Apr 22, 2021 12:01 AM
Share   Tweet
The opinions expressed by columnists are their own and do not necessarily represent the views of Townhall.com. 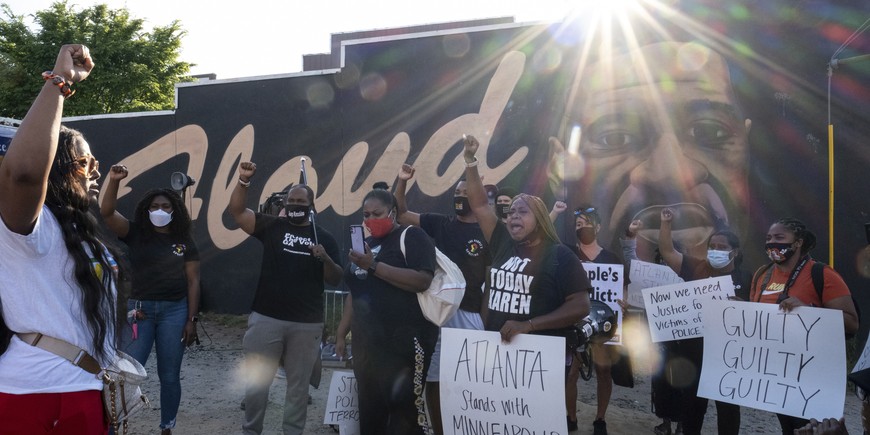 To hear Democrats talk about George Floyd you’d think the greatest father and friend ever to live, which seems like an odd distinction for a drug addicted career criminal who was killed while resisting arrest as he had massive amounts of fentanyl in his system, was murdered in cold blood. I say this as someone not invested in the fate of Derek Chauvin or outraged by the verdict, just simply as an observer of the last year and an avid consumer of media coverage and political commentary of everything surrounding it. George Floyd should not have died, but he did just about everything possible wrong in the lead-up to his death, which he could have prevented had he simply complied. No honest person can deny that, but a lot of dishonest people are.

Floyd was going to be arrested, it’s as simple as that. He’d tried to pass off a phony $20 bill. If you did that, you’d be arrested too. And you should be.

But George, like everyone else, didn’t want to go to jail. Only he fought police to try to prevent it. Why can’t we call that the “stupid” that it was? The vast majority of the tiny minority of “police brutality” cases the media obsessively reports on have that as a common denominator.

Daunte Wright was getting arrested for an outstanding warrant and decided to fight with police in an attempt to get away, for example. It’s incredibly stupid and self-defeating – and was ultimately fatal for Wright – to think even if he’d escaped at that moment that he’d gotten away with something. Police had his name, they were arresting him after all, if somehow he’d fought his way out of that moment he would’ve been arrested in the future and faced his original charges and new ones like resisting arrest.

The police officer in that case made the stupid, and quite possibly criminal, mistake of pulling her gun rather than her Taser and killing Daunte Wright. In the heat of the moment and in the middle of the fight, that mistake is understandable but still likely inexcusable. But it’s not murder. Manslaughter, at best.

Still, these deaths could have been avoided, and been avoided by the people who died. It’s probably dangerous to say, but it needs to be said anyway because it’s true.

It’s true and important to say so people know not to fight with police officers, not to resist arrest. You will lose, either at that moment or eventually. It’s really that simple.

When I was a kid in Detroit, a crack user named Malice Green died after fighting with two police officers who had him on a drug possession rap. Did the cops use excessive force? The jury said they did, but Green was already dead so it didn’t really matter to him.

All these men, and a lot more that you never hear about because their deaths can’t be weaponized by the left for whatever reason, more often than not it’s that they’re white, would still be alive today if they simply did not start a fight with police. That should be the message.

Not the loss of any black lives, in fact it’s very few. But those few give Democrats a lot of mileage. All they have to do is ignore murders like that of 7-year-old Jasyln Adams in Chicago Sunday, sitting in the drive-thru at a McDonald’s looking forward to a Happy Meal with her dad. Her life didn’t matter because her life couldn’t be used to fundraise.

And that’s the real reason complying with police officers and resisting arrest isn’t the message from Democrats, the media, and so-called community leaders – you can’t rake in the cash without the outrage. Al Sharpton would have to fly commercial without those bodies. Ben Crump might have to do more than swoop in, hold a press conference and hammer giant checks without that outrage. And Democrats might have to explain the thousands of murders and generational economic despair residing exclusively where they’ve had monopolistic control for almost a century.

Democrats love these deaths, they raise a fortune off of them.

If Democrats cared about George Floyd they would’ve done something to help him get off drugs while he was alive. They would support getting the dealers who sold him his poison in prison, so they couldn’t create a new generation of addicts or the violence that surrounds them. They would be encouraging civilians to cooperate with police to bring murderers to justice and get them off the streets.

They do none of these things. They simply chant, march, destroy, and get more money and power for themselves. Ask yourself this: how many people like George Floyd, addicts in semi-conscious stupors on the sidewalk, did these mobs step over while marching through the streets in the name of “justice”? How many children like Jasyln Adams have not gotten a march or even had their names pass the lips of the president or vice president of the United States?

A Google search for “Jaslyn Adams” and NAACP or Black Lives Matter or Joe Biden on Tuesday night, two full days after her murder, returned zero results. That tells you everything you need to know about Democrats.