Words Have to Matter

Derek Hunter
|
Posted: Dec 15, 2020 12:01 AM
Share   Tweet
The opinions expressed by columnists are their own and do not necessarily represent the views of Townhall.com. 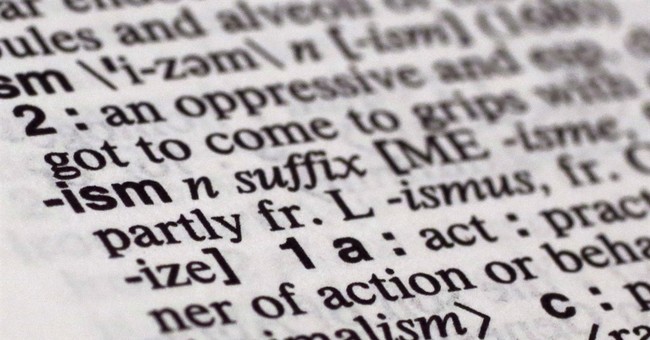 Words matter. I work in words – be it in writing, on my podcast, or my radio show – words are how I make my living. Whether you realize it or not, so do you. From roofing to selling TVs, and I’ve done both, the ability to communicate is what binds society together. That’s why Democrats are working so feverishly to control what words we can use and are actively redefining them on a regular basis, and why they can’t be allowed to do it.

If you’ve ever been overseas, you’ve likely been in a situation where you found yourself struggling to communicate with someone. As Americans we do have an advantage, English is spoken almost everywhere worth traveling to. But even still, situations arise where language barriers exist.

I went to Europe twice in college with my then girlfriend, once in 1997 and again in 1999. We went to all the standard places—Germany, France, Belgium, Switzerland, and Italy. She spoke fluent German, her family having lived there for a few years because father was an executive with Ford, and her sister was a model living in Paris, so French was covered when we were there. Even still, there were a couple of times when I, as a stereotypical American, lost my temper trying to ask for basic things.

One was on the Metro in Paris, where a ticket seller was pulling the “French teacher” routine of pretending to be confused by my butchered French asking for a batch of tickets, a transaction he likely engaged in hundreds of times per day. My pronunciation was no doubt awful, I don’t speak French (nor do I want to), but the 3-4 words I was saying were clear enough to him, he just took the opportunity to be a jerk, which is easy to do when you’re behind Plexiglas. After cursing him out, my girlfriend was able to complete the transaction.

Another time was in Cologne, Germany. It was hot as hell and all I wanted was a big cup of water with ice, so it would stay cold for a while. I was covered with mosquito bites from having to open the windows in our Amsterdam hotel the night before because central air was not on the menu at the places we could afford to stay and window screen technology seems to have escaped those people. Canals breed mosquitos, so…

Somewhat familiar with German, having taken a year in high school and some in college (only because it was required), I knew how to ask for water without gas (because, for reasons never satisfactorily explained to me (and probably a factor in their starting so many wars), they prefer to drink carbonated water). I did just that, and added that I wanted a lot of ice to the guy selling drinks at McDonald’s. What I got, as you can imagine, was a cup of carbonated water with one ice cube. Were I alone, at that moment, I likely would have been arrested.

The ability to communicate, as I said, is wildly important to avoid such events.

But in this country, more and more often it is becoming even more difficult to communicate. Our problem here isn’t a language barrier, though it can be depending on where you are in some cities. It’s even more fundamentally problematic than that – it’s that basic words have different meanings to people depending on their politics.

Racism used to mean treating people differently based on their race. To Democrats, it now means not treating people differently based on their race. The left is looking to distribute the COVID vaccine by race, social welfare programs, college admissions, hiring, awards, etc., based on people’s skin color. They argue some people, based only on the color of their skin, can’t obtain a photo ID, open a bank account, or know eating exclusively potato chips isn’t the key to longevity. It’s wildly condescending, and pretty sick.

Moreover, common terms and phrases are being redefined by no less of an authority than the dictionary.

After moronic Hawaiian Senator Mazie Hirono read a script no doubt written for her by some left-wing group, declaring the term “sexual preference” to be offensive and somehow an affront to the “LGBTQRSTUVWXYZ” community, dictionary.com changed its definition to reflect this new reality by the next day. So, too, had every member of the left-wing media, in spite of a decades-long record of not only them using the phrase, but every Democrat, including Joe Biden, doing the same.

Just *poof* it was changed to suit Democrats. If you work for a “woke” company you could probably be fired for saying it now.

Just last week, dictionary.com changed the meaning of the term “court packing” from what it has always meant to make it conform to what Democrats now claim it to be – filling empty judicial seats through the constitutionally proscribed method.

“Language evolves. So do we,” the dictionary’s official Twitter account declared. And it does. But it doesn’t based on the political whims or demands of one political party, or at least it didn’t used to.

If words can change meanings so quickly and easily simply because one political side needs them to (and it is always only one political side), then words have no meaning whatsoever. If that’s the way we’re heading, no contract will mean anything. Society can’t function when basic words and phrases can have different meanings to different people, when there are no agreed upon definitions. It’ll make trying to order a cup of ice water from a guy in Germany seem like a walk in the park. And by “park” I obviously mean hell.