Shut It Down (Just For A Week)

Derek Hunter
|
Posted: Jul 16, 2020 12:01 AM
Share   Tweet
The opinions expressed by columnists are their own and do not necessarily represent the views of Townhall.com. 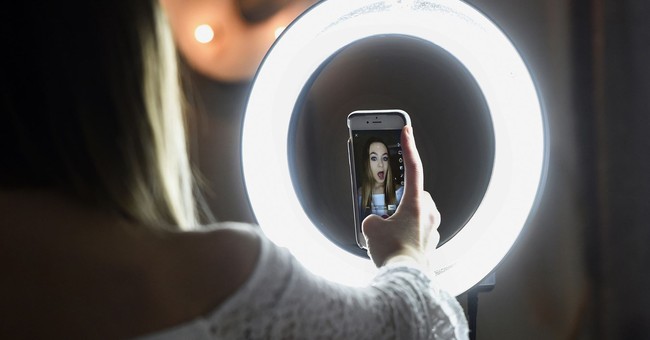 Imagine if you could time travel back to the year 1989 and, aside from telling yourself to buy certain stocks at various times, you tell people about the technology we have in 2020. What do you think they’d think about everyone having access to all the world’s information on a small touchscreen phone in their pockets? They’d likely think everyone has gotten much smarter and people were more in touch than ever before. As we all know, they’d be horribly wrong.

You’d have a hard time explaining to them that the phone part of that phone would likely be the least used feature on it. It’d be difficult for people, used to waiting until someone got home before actually being able to talk with them, to understand why people don’t talk anymore. Trading speaking for texts would seem stupid. But it is what it is. After a little while, they’d likely understand it.

What they wouldn’t understand is social media. Not because the concept is so bizarre, but because the impact would have them looking at you like you had an arm growing out of your forehead.

“You mean you can connect with far-away family, long lost friends and nearly everyone on the planet, and all people do is whine how unfair everything is, complain that they’re a victim and try to get people fired?” they’d ask, and would be justified in doing so.

Social media is ironically named because nothing has done more to make people anti-social. Whether so many people were jerks before and just didn’t have the means by which to express themselves on a mass scale, or whether access to that mass scale turned otherwise decent people into cancel-monsters, doesn’t matter. The result is the same.

When people were able to go out to dinner, concerts, etc., they spent more time filming the band than watching it so they could post it to their Facebook page, or snapping pictures of their meals and sending them to Instagram. Because if you don’t post a picture of your dinner, did you really have it?

Social media has exposed something in many people’s brains that access to the accumulated knowledge of our species can’t override or distract from. The desire to get a reaction, any reaction, from something people post gave birth to the “social media celebrity,” as sure a sign of the apocalypse as we’ve ever seen.

When you write about social media it inevitably turns to bias from the companies. I get it, and have been the subject of it. Naturally, as Conquest’s Law declared, “Any organization not explicitly and constitutionally right-wing will, sooner or later, become left-wing.” Absolute power corrupts, after all, absolutely. All these companies have moved further and further to the left, shadow- or outright-banning conservatives at will.

What to do about that is an argument for another column, but it’s irrelevant to this one. This is about what they’ve done to many of us, or at least too many of us to be ignored.

These websites, whether responsible or not, have become hubs for the worst parts of human nature. It was always there, but they gave it a home. Now miserable people spend their days hunting for scalps and scrambling to find any way to twist something said into something that can get someone banned, fired or both. It doesn’t matter who the person is or what their politics are anymore--social media is fast becoming a pool of starved, frenzied, cannibalistic piranha.

Maybe that’s all they’ll ever be, or maybe it’s all some of us are capable of being. But I don’t think so.

So I propose this to Facebook, Twitter, Instagram, and whatever else is out there that I don’t know about: take a week off. That’s right, take a week. Spend some time with friends or family, or do whatever it is you’d do if you had the time. Shut down for seven days. You can do it for maintenance for an hour or two in the middle of the night, so surely you can do it for a week.

It would force people to be people again, if only temporarily. We need a reminder of what it is to be a person, a decent person, and interact with real people (even socially distanced).

It would also force the worst people to live with themselves for a while, to marinate in the rage-fire fueled by instant feedback from people they’ll never meet but hate anyway. It’ll make narcissists, desperate for attention, think about what they’re willing to do to get that attention. And it might make people use their phones as phones again, to call people and have conversations, even if they’re only about how they miss trolling people.

A voluntary week off wouldn’t work. I’ve seen enough episodes of “Intervention” to know forced cold turkey is the only way to beat the habit.

After that week, switch back on and see what happens. Maybe nothing will change--maybe people will only have seven days of vitriol stored up and unleash it. But maybe they won’t be such jerks, even if only for a short while.

The culture is addicted to this garbage. The heads of the social media sites are leftists, and left-wing radicals use them to coordinate their actions through the site. But couldn’t we all use a week off from that, too?

So, how about this: the first week of September, flip the switch off. From the 6th through the 12th, find something else to do. Allow no tweets, no status updates, no pictures, no videos, nothing. I doubt this will happen--there’s too much money to be made--but just imagine it. It would be like traveling back in time--back to when people spoke to each other, paid attention to the moment and didn’t give a damn if anyone else knew what they were doing or what they thought about it or anything, and if they wanted to know they’d have to ask. Living like humans again, if only for a week. Just imagine it.