Liberals Are Creating A Nation Of Spoiled Brats

Derek Hunter  |  Jul 02, 2020
The opinions expressed by columnists are their own and do not necessarily represent the views of Townhall.com.
Top Columns
Trending on Townhall Media

I have to preface this column with a disclaimer: I don’t know if this actually came from a cop or not. I’ve seen this shared on Facebook a few times and while I can’t verify it was really written by a police officer, the sentiment is accurate, so it’s worth sharing some of it here with that caveat.

It starts, “It's not the police who need to be retrained, it's the public. We have grown into a mouthy, cell phone-wielding, vulgar, uncivil society with no personal responsibility and the attitude of 'it's the other person's fault,' 'you owe me.' A society where children grow up with no boundaries or knowledge or concern for civil society and personal responsibility.”

We can argue whether or not police need more training – I don’t personally view it as a bad idea – but the rest is spot on. It’s the America liberals have created: a bunch of self-entitled brats used to getting whatever they want and unable to deal with not being coddled.

We’ve seen it for a while now, mostly on college campuses but occasionally boiling over off campus into things like “Occupy Wall Street.” They’re the unemployed and otherwise unemployable who are angry about the results of the bad choices they made – majoring in bisexual polar bear studies or some other worthless field of study that only qualifies you to teach that worthless skill to other suckers dumb enough to major in it, for example – and unqualified to do anything.

Their rooms back home are likely covered with participation ribbons, driveways likely filled by the family Prius coated with “I’m the proud parent of a spectacular student” bumper stickers, and fridges overrun with tofu. In other words, these people were created. Bad parenting has consequences.

The post continues, “When an officer says ‘Put your hands up,’ then put your hands up! Don't reach for something in your pocket, your lap, your seat. There's plenty of reason for a police officer to feel threatened, there have been multiple assaults and ambushes on police officers lately. Comply with requests from the officer, have your day in court. Don't mouth off, or fight, or refuse to comply... that escalates the situation.”

If you’re used to your temper tantrums getting you the results you want, why wouldn’t you throw them regularly? Consider every video you’ve seen on social media of some just-out-of-college-aged white chick screaming in the face of a black police officer about how cops are the problem. The arrogance of these people, coupled with the ignorance of never having experienced life, is a danger to the country and those around them.

These people aren’t capable of running on a treadmill, let alone running a country. Yet those in power are bowing to them like they’ve been to the mountaintop and seen the truth, when in reality, all they’ve done in their lives is been to the mall and seen The Gap.

The adults who are supposed to stand up to them, educate them, and look out for them have failed miserably at that job.

Teachers indoctrinate: You can find high school graduates who can barely read, but know they’re victims of society. They are victims – not of society but rather of the teachers who spent more time making sure they knew they were victims and which bathrooms people should be allowed to use than they did making sure they learned to read and write.

Parents ignore: As long as their kid shows up at night, they don’t care what they do. Good grades or bad grades don’t matter if you don’t know what your kids are learning. An “A” on a gender studies test is about as useful as the ability to swallow live fish.

Corporations pander: In the hopes of not being the next target, large companies are funding this grift thinking they’ll be spared. All they’re doing is losing the audience they should care about – people with jobs and money to buy their products – while only postponing the attacks on them. Other than a corporate meeting room, the only place on the planet where you’ll find smaller content in the front of underpants is in political office.

Politicians cower: Liberal politicians are sniffing the throne of people whose allowances they should be cutting off. As the song goes, “I believe that children are our future…” Yes, they are the future, but it’s not the future. We don’t let them make decisions impacting the country for the same reason we don’t let them smoke and drink – they’re idiots. All the teaching in the world, even done properly, means nothing without real world experience, and sitting around doing a Zoom chat with friends about how oppressed people are doesn’t count as experience. Nor does having been grounded.

Someone has to tell these people “No,” mean it, and make it stick. If that means arresting them, so be it. If that means charging them with serious crimes that will damage their employment prospects for the rest of their lives, fine. Not everyone is meant to lead a life of example; some people’s lives can and should be cautionary tales.

The Facebook post ends, “They [the police] are the only thing that stands between us and anarchy in the streets. If you want to protect your child, teach them respect.”

The people in the streets are too old to learn that last part. Oh, they scream it a lot – mostly in an “I demand respect” kind of way. (By the way, why is it always the dumbest people who demand the most respect? Smart and successful people command it, dumb people demand it. No smart or successful person ever beat someone else because they weren’t shown the proper respect, they simply moved on for the better. Get your kids to think about that next time they scream about how they want respect.) But they don’t get it, even if they get their way.

And that’s the problem. Far too often, these little brats are getting their way by simply getting in the way. They’re tough and strong because they never stand alone: always in a mob and always up to civilians on their own or police on duty. Every once in a while they’ll stand up to a former MMA guy or Marine who lays them out with one good punch, but only by mistake. They choose their targets wisely. Those white girls screaming at cops know the only consequence they're going to face is more social media followers, because they’re filming everything. Anytime these people are bumped they go flying backwards faster than boxers taking a dive and are on the phone with a left-wing lawyer before they even have a chance to fake back pain.

Someone has to be the adult in the room – the president, a senator, congressman, governor, mayor, dog catcher, it doesn’t matter. There is a silent majority out there horrified at what this tiny, violent mob is getting away with. They’re also ready to rally behind anyone in those positions who stands up and offers a rallying cry against the mob and teaches this mutant army the difference between demanding something and getting it.

We can either be a nation of spoiled brats or the greatest, freest nation in the history of the planet. We can’t be both. 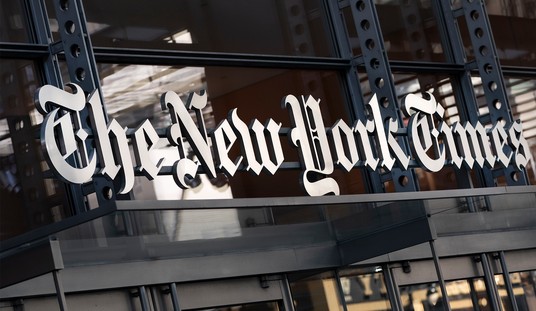