How Many Dead Americans Will Make Liberals Care?

Derek Hunter
|
Posted: Aug 26, 2018 12:01 AM
Share   Tweet
The opinions expressed by columnists are their own and do not necessarily represent the views of Townhall.com. 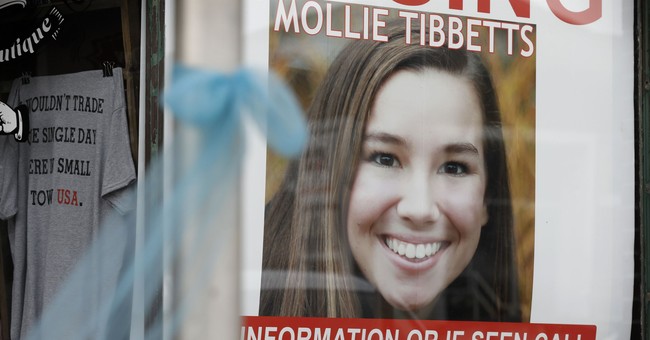 I have to start by saying I hate it when tragedies are politicized, no matter who does it. With that being said, the two parties do use horrible events differently. Republicans use them to highlight issues of importance; Democrats use them to advance agenda items they’d been wanting to push for years, even when they admit their solutions would not have prevented the tragedy they’re exploiting. It may not seem like much, but it is, and it is an important difference.

After every mass shooting, for example, Democrats reach in their desk drawers and pull out their standard gun control wish list. Buzzwords like “background checks,” “gun show loopholes,” and all the words we’ve come to hear far too often hit the cable news airwaves along with the inevitable “we must do somethings” that accompany them.

Yet after each of these horrible events this ballet plays out with the ultimate reality that none of these proposed “solutions” would have prevented what they are allegedly in reaction to admitted by its advocates.

So why propose a response to something that not only would not have prevented the tragedy, but would also do nothing to prevent a similar event in the future? Because Democrats want to, ultimately, repeal the Second Amendment. They know they can’t do it all at once; incrementalism has always been the left’s tactic. If they have to exploit a tragedy to move the ball in their direction, they are more than happy to do it.

For Republicans, the “solutions” they propose would actually address the root cause of the problem, even if their timing comes across as unseemly.

The murder of Mollie Tibbetts in Iowa by an illegal alien is the perfect example of how Republicans solutions would have prevented the tragedy – the alleged killer would not have been in the country if we enforced our immigration laws and secured our border. Pointing that out may feel like exploitation, and maybe it is, but it’s also true.

In response to this reality, the political left has tried to change the subject. They first tried to accuse Republicans of exploiting the horrible event, which is rich coming from people who openly advocate for hiding criminal illegal aliens from Immigration and Customs Enforcement.

When that didn’t work, they went straight for the “whataboutism” game.

CNN, which held a town hall just a couple of days after the horrible Parkland school shooting at which they allowed activist students and the now disgraced Sheriff to blame the National Rifle Association and smear Dana Loesch and Senator Marco Rubio, none of which had anything to do with the shooting, ran two pieces in a 24-hour period attempting to make the Tibbetts murder about President Donald Trump rather than the murder itself.

The first, entitled, “The White House could tweet about cases besides Mollie Tibbetts,” attempts to gloss over the illegal alien aspect of the story to engage in one of the left’s favorite pastimes – equivocating. “The truth is that any young woman like Mollie Tibbetts (or myself) has a much greater chance of dying at the hands of a husband or boyfriend of any type than meeting harm at the hands of an undocumented immigrant in the United States,” the article states.

While statistically true, it ignores a couple of important points. First, Mollie was actually murdered by an “undocumented immigrant,” so the math is off for her. Second, for years the federal government didn’t track crimes committed by illegal aliens because the existing power structure did not want us to know the truth. In my experience, bureaucracies only hide information if that information doesn’t help their case. Finally, how many Americans have to be murdered by illegal aliens who, if we had a secure border and deported people here illegally, wouldn’t have been here in the first place before it matters to Democrats?

That number does not seem to exist.

In another piece the following day, CNN wanted to highlight “The hidden tragedies in the Mollie Tibbetts killing.” What are these “hidden tragedies”? Aside from the typical liberal tropes of “(x)enophobia and gender” being “at the heart of the national reaction to the Tibbetts tragedy,” the author then cites the horrible murder of Virginia high school student Nabra Hassanen at the hands of another illegal alien, then laments the lack of media coverage that story got. She wrote this on CNN’s website, which last I checked was in the news business (although, admittedly, only technically).

Yes, the Hassanen tragedy should have received more media coverage. But because that story didn’t is no reason to blame the President, which the author tries to do, it’s more of an attack on the media. They only report on illegal alien crime reluctantly. They treat it like the piles of murders in Chicago, only noting them before quickly moving on while setting up camp in Ferguson, Missouri, where the bogus left-wing narrative of “hands up, don’t shoot,” and the phony idea that police were murdering unarmed black men was a non-stop “stop the presses” moment.

Actually, the murder of Nabra Hassanen did start off with media coverage, when speculation that this Muslim woman wearing a head scarf may have been murdered because of the “hate” stirred up by Donald Trump. Once it was discovered that it was an illegal alien and not a Trump supporter, the media lost interest. Whose fault is that?

The fact is Democrats see opportunity in tragedy, opportunity to advance agenda items they’ve wanted for some time, whether they would have addressed the issue they’re exploiting or not is irrelevant. Republicans see how what they’ve been advocating would have prevented the tragedy in the first place, had those policies been in place. Both are technically “exploitative,” but one is just unseemly and gross.

PS: If you like my columns you’ll love my book, “Outrage, INC: How the Liberal Mob Ruined Science, Journalism, and Hollywood.” It explains the why and how of what the left does in order to keep people feeling (usually anger and fear) to prevent them from thinking and acting rationally, and it does so with a lot of humor. Don’t take my word for it, take the words of Mark Levin, Ann Coulter, David Limbaugh, Dana Loesch, Dan Bongino, Michelle Malkin, Ben Shapiro, Kurt Schlichter, and countless others. Obviously, I have an interest in selling you a copy of the book, but they don’t. Yet they’ve all endorsed it. And, for reasons I don’t understand but am eternally grateful for, people are still buying it. You will love it, learn from it, and laugh throughout it, trust me. Thanks!