Liberals and Never-Trumpers Really Want Us to Care

Derek Hunter
|
Posted: Jul 26, 2018 12:01 AM
Share   Tweet
The opinions expressed by columnists are their own and do not necessarily represent the views of Townhall.com. 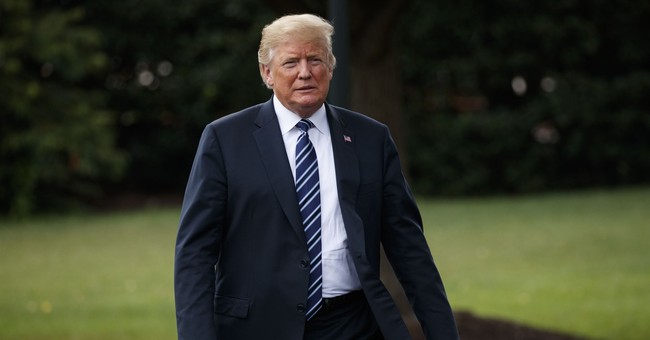 There are a lot of interested parties who want me to care, they want you to care, too. I just can’t bring myself to.

When I voted for Donald Trump I wasn’t voting for Pope, I was voting for president. I had no delusions that he was someone I wanted one of my sisters to marry, I knew that he was a much better choice than Hillary Clinton for the issues I cared about. In all honesty, I expected him to be a bad president, just not as bad as Hillary would have been.

It turns out Trump is a much better president than I could have imagined and likely better than the professional politicians he ran against for the GOP nomination would have been. He didn’t owe the existing power structures in Washington anything and isn’t in the business of horse-trading for votes and favors, all too common in DC.

But he may have cheated on his wife, they say. I don’t care.

Donald Trump cheated on his previous two wives, so infidelity was already baked into the Trump cake. This is what the liberals and never-Trumpers can’t seem to grasp – why conservatives don’t seem to care about this. It’s not that hard to understand.

First, these were years ago. Show me he did something in the White House and I might care, but what he was doing while he was a New York playboy/reality TV star is of no interest to me. The sex lives of anyone is of no interest to me. And it’s not really to anyone else either. The people pretending to be outraged aren’t really, they’re doing it for show and for political gain. It’s really that simple.

Second, my liberal friends always ask me how I can say I don’t care when I supported the impeachment of Bill Clinton. Well, there’s a huge difference with the Clinton/Lewinski scandal. It’s not the sex, or the cheating – I never cared about either of those. It wasn’t even Clinton lying to the American people, I expect anyone caught cheating to lie about it. It was the perjury; it was the crime.

Bill Clinton lied under oath, and encouraged Monica Lewinski to do the same. The president of the United States breaking the law, and encouraging others to do the same, is a problem for me. Show me where President Trump did the same, as president, and I’ll have the same reaction to it. But that’s not what’s being alleged.

It’s funny seeing Democrats trying to make hay about these allegations and recordings considering they spent my college years insisting scandals involving sex between consenting adults are nobody’s business. I agreed then, and I still do.

Other critics, particularly the never-Trump right, have tried to appeal to religious conservatives on moral grounds. Appeal might be the wrong word, it’s more like guilt or badger. Whatever the case, the answer remains the same. While I’m certainly not the Pope myself, as a Catholic I can say that I had a choice between two flawed human beings (like we do every four years), and I chose the one who was most likely to do less bad on the issues I care about most. Again, it turned out he was much better I thought. So his past, which didn’t matter to me before, sure as hell doesn’t matter to me now.

And forgive me if I have difficulty caring about these two women who took money to keep their mouths shut and now want to be able to talk about it, likely because they see more money at the end of the other road. If they want to tell or sell their stories (again), who cares? I assume Trump slept with them. It’s not only none of my business, it’s none of my concern either. If I’m expected to have a moral problem with someone who isn’t me cheating on their wife, why wouldn’t I have a problem with the people they cheated with desperately trying to get attention and money for telling the world about it?

No one in these stories are moral beacons, they’re all kind of gross on a personal level. But at least I can understand why Donald Trump would want to keep it secret, if there are secrets to be kept. I don’t understand why these two women feel compelled to tell the world about it, except for money. They aren’t victims here, they are, at best, opportunists. If they’re ashamed of their actions, waiting a dozen years and only talking about it in exchange for money is a weird way to show it.

Democrats want me to care about allegations of the president’s sex life, which they spent many years arguing shouldn’t matter and weren’t anyone’s business. I agreed with them then and haven’t changed. Never-Trumpers want me to care because, well, honestly, they’re just desperate to get other people to hate the president like they do and will glom onto anything they think might make that happen. Not working on me.

When the president does good, and as president he’s done a lot more good than I thought he would, I’ll cheer loudly. When he does something wrong, which he’s done some of (trade wars are bad), I’ll be critical. What he may have done years ago or even now in his personal life, I don’t care about. That’s between him and his wife. And as long as it’s legal, you’re not going to make me care about it, no matter how many recordings you play.

Post Script: Yes, we will soon be at the end of these, but I’ve written a damn good book that talks about how liberals use outrage, anger and fear, to manipulate the American people in an attempt to prevent people from thinking clearly called “Outrage, INC: How the Liberal Mob Ruined Science, Journalism, and Hollywood.” It’s not your typical political book, while it is thoroughly researched and footnoted, it’s damn funny too. I find you remember more when you laugh while doing it, and I couldn’t write one of those dry, boring, text book-like political books anyway. Don’t take my word for it, take the words of Mark Levin, Ann Coulter, David Limbaugh, Dana Loesch, Dan Bongino, Michelle Malkin, Ben Shapiro, Kurt Schlichter, and countless others. Obviously, I have an interest in selling you the book, but they don’t. Yet they did. You’ll love it, trust me. Thanks.