To Hell With California

Derek Hunter
|
Posted: Mar 11, 2018 12:01 AM
Share   Tweet
The opinions expressed by columnists are their own and do not necessarily represent the views of Townhall.com. 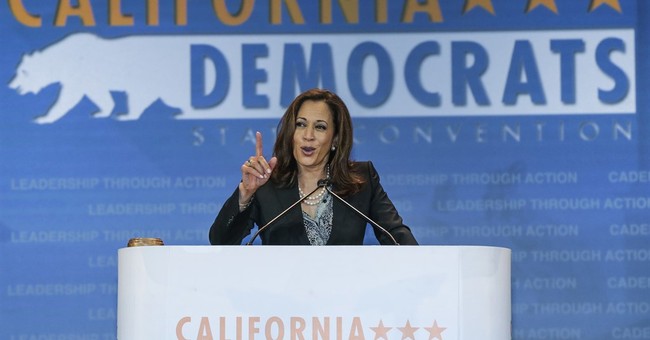 There’s a great scene in “Austin Powers: The Spy Who Shagged Me” where Dr. Evil is talking to the President, played by Tim Robbins, and he threatens to blow up cities with a laser from the moon unless he gets $100 billion dollars. Robbins, angry, turns to his generals and says, “I can't believe we're gonna pay that madman. I got nukes out the ying-yang. Just let me launch one, for God's sake.” One of the generals responds, “Sir. Are you suggesting that we blow up the moon?” The President then says, “Would you miss it? Would you miss it?”

Of course we would miss the moon, but if you replace “moon” with “California,” the answer, at least for me, would be different.

I don’t want to nuke California (well…ok, I don’t), but I wouldn’t mind it if it were to remove itself from the United States because, well, it’s essentially trying to.

Our most populous state now has laws on the books that make it illegal to aid federal Immigration and Customs Enforcement officers in apprehending people in the country illegally. They are willing to punish people for helping law enforcement apprehend criminals, essentially forcing citizens to aid and abet criminals.

In defense of these laws, the Mayor of Oakland called the idea of enforcing our national sovereignty “racist,” because everything is racist now.

The Governor declared enforcing federal immigration law in his state “is basically going to war against the state of California, the engine of the American economy.”

There is no doubt California has a strong economy, as their leadership likes to remind everyone, it is the 6th largest in the world. But so what? We’d survive without it.

More importantly, a lot of bad ideas and bad politicians come out of California, and the state is overrun with at least 3 million illegal aliens. Let them all go, set them free.

Imagine a country without Maxine Waters having a say vote over our laws, or Jerry Brown having no influence over your life. Sounds pretty good to me.

There is a movement in California for secession, small as it may be, we should help them. They’ll be fine, we’ll be fine, who cares?

While we’re at it, and since we seem to be heading for it anyway, we could head off a lot of problems by splitting the country in two – the east and the west – and just calling it a day. Liberals, since they don’t really have any respect for the history of this country or the Constitution, can have the west, the rest of us can have the east. It would require a lot of people to move, so we set the date for 10 years from now and help everyone on their way. We split the debt, wish each other well, and go about our business. If a liberal doesn’t want to leave New York or Boston they are free to stay with the understanding that the Constitution will be adhered to as written, and if a conservative doesn’t want to leave California they can stay but know they will be taxed heavily to subsidize religious symbols being soaked in bodily fluids and to set up medically supervised heroin dens.

No dual citizenship, just a decade to make a choice between an individual liberty focused free market and a collective socialist attempt at the ever-elusive Utopia leftists think they can regulate their way to.

We’d all be happier, no longer having to fight over basic, unambiguous birth-based rights protected by our founding document and the idea that rights are granted by government. Wouldn’t that be nice?

California might be on to something, they want all the benefits of being a part of the United States without any of the responsibilities; they want to be independent. Maybe we should let them, and allow others to join them, if they so choose.

You could always visit, and we’d still have trade, so you’d barely notice the difference. But you wouldn’t have these elitist snobs demanding you act a certain way, believe what they believe, and accept their demands or find yourself under their boot.

If we let California go, and we split the country along ideological lines we could fend off what seems to be looming just over the horizon, which is an ugly divorce. We simply don’t get along anymore and want completely different, irreconcilable things. Manifest Destiny was a nice idea, and we made it work for a long time, but it’s heading toward not working anymore. So maybe we let California go we’d all be a lot happier, if not better off.

I remember as a kid being told California was going to fall into the ocean, be destroyed by an earthquake. If it continues down the path is heading now, there’s a chance it will be the whole country that gets destroyed. Better to part as friends.

And honestly, would you miss it?