For Halloween, Culturally Appropriate This!

Derek Hunter
|
Posted: Oct 26, 2017 12:01 AM
Share   Tweet
The opinions expressed by columnists are their own and do not necessarily represent the views of Townhall.com. 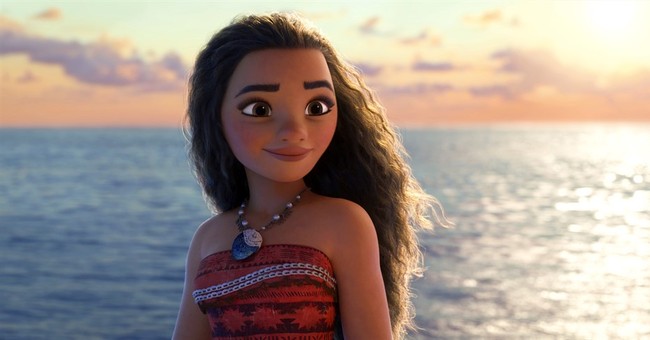 In what could be the dumbest article in a season of idiocy, Cosmopolitan magazine ran a piece originally published in Redbook (who knew either of these rags still existed?) informing parents they should not allow their white children to dress up as the Disney character Moana for Halloween because that character is Polynesian. Allow me to, politely, suggest they and everyone who thinks like this drop dead.

First, it’s Halloween, Redbook and Cosmo, so go play in traffic. It’s the one time each year kids, who aren’t the weirdos in school, get to play dress up – leave them alone. Dress your kid anyway they want to go trick-or-treating, and if anyone is offended, well, tough.

As an added bonus, you’ll get know who to avoid for the rest of your life. Because anyone who whines about “cultural appropriation” over a child’s Halloween costume will never be the type of person you want to associate with and will have children with soft skulls, who eat paste into adulthood.

For normal people who don’t roll with the tweed jacket and crying over Wes Anderson movies who are wondering what “cultural appropriation” means, it’s basically when someone of one race engages in something first done or created by someone of another. The first “someone” usually means white people, and the second “someone” means anyone who isn’t white, because Democrats.

The idea is absurd and racist, so it’s quickly becoming a hallmark of the Democratic Party. The morons who wrote the “Maybe Don't Dress Your Kid Up As Moana This Halloween?” editorial are no exception.

These busybodies with too much time on their hands say, “If you missed the mark when you were younger, maybe think about using this Halloween as an opportunity to teach your kids about the importance of cultural sensitivity. If your child's dream costume feels questionable, don't just throw up your hands and hand over your credit card. You're the parent here, and the onus of what your child wears falls on you. If your kid wears a racist costume … you're kind of wearing it too.”

Catch that? If you threw on a mohawk skull cap as a kid because you were a fan of Mr. T., you might as well have been wearing a Nazi uniform and you’ve got to stop your kid from dressing up as a virtual KKK member by letting them dress up like a cartoon.

This leads us to the second point – it’s a damn cartoon! So unless you’re a cartoon, should anyone really be dressing like this?

“Moana is a really special character to young girls of Polynesian descent who have never seen a Disney Princess who looks like them, just like how Tiana from The Princess and the Frog likely resonated with young Black women who had waited decades to see themselves represented,” wrote these editors for magazines that culturally appropriated movable type from the German Johannes Gutenberg. So unless the editorial boards of Cosmo and Redbook consist exclusively of German men, they’re some of history’s greatest monsters.

You can, of course, take this liberal trick to spread victimization to an absurdist point.

If it’s “culturally appropriating” to admire someone or something of a different color skin, then it must only be white guys who can drive cars, use iPhones, or take an aspirin. See how absurd things can get if you play by liberals’ game?

Back to the printing-appropriating morons. “So what does this have to do with a seemingly innocent princess costume?” they ask. “Pretty much everything. It's important to align with, and stand up for, people of color and minorities, and a key part of that is showing respect for their cultures.”

That’s such the liberal mindset – condescend to minorities. “Those poor dears are not able to handle things like everyone else, so it’s best to treat them like children,” is pretty much what they’re saying. “White people have to be super-sensitive around minorities because they’re delicate and can’t handle things like white people can,” basically. Change a few words and you’ve got the justification for Jim Crow laws.

“A Halloween costume is a small, easy way to introduce these issues in a way that a child's yet-to-be-fully-brain can process,” they conclude, because liberals seek to indoctrinate kids while they’re young. “This isn't about putting a damper on your kid's creativity; it's about exercising sensitivity towards anyone who doesn't get to choose how the world at large sizes them up. Whether or not your kids get that is up to you.”

No one is born racist; racism is taught. And Democrats are still teaching it. Even though it’s now under the guise of “sensitivity” and “tolerance,” it’s racism plain and simple.

Dress your kid however they want to dress, they’re kids and they won’t stay young forever. And if any progressive Democrat tries to lecture you over it just tell them your kid identifies as whatever it is they’re dressed as. These are people who insist men can become women simply by declaring it to be so, so tell them your daughter can be whatever the hell she wants to be for Halloween.