After Las Vegas, Democrats Send In The Clowns

Derek Hunter
|
Posted: Oct 05, 2017 12:01 AM
Share   Tweet
The opinions expressed by columnists are their own and do not necessarily represent the views of Townhall.com. 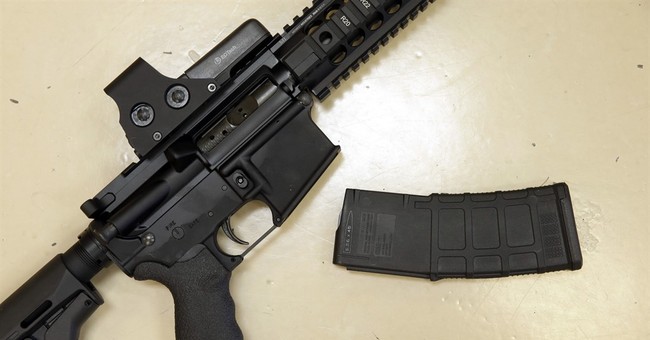 Imagine there has been a horrible case of child abuse in your neighborhood. A large family with 10 children had parents who brutally beat their kids, and two died. In reacting to that horrendous news, there’s a knock at your door. It’s your mayor and police chief.

“I understand you have two children in this house. Is that correct?” the mayor asks.

“We’re going to need to see them, to inspect them to make sure they haven’t been subjected to abuse by you,” the chief says.

“Wait, what? You’re not going to inspect my children,” you respond.

“We are going to. And we’re going to monitor your kids from here on out, stopping by periodically to check on them, inspect their bodies for bruises and have them talk to a psychologist to make sure they aren’t being emotionally abused either,” the chief shoots back.

“What the hell gives you the right to do that?” you ask.

“After the horrible abuse that took place a few blocks away, we decided that we had to insert ourselves into the lives of all parents to prevent that from happening ever again,” the mayor says. “So we’ve passed a new law that says we can curtail parental rights for the greater good. Now go get your children.”

No one would accept their parental rights being stripped because a monster abused his, yet this is exactly what liberals seek to do every time there is a high-profile shooting. They want to curtail the rights of law abiding citizens because one evil individual committed a heinous act.

After the Las Vegas massacre, liberals hit their anti-Second Amendment autopilot button and went right into “We-have-to-do-something” mode. Late-night comedians hopped out of their clown car and, one after one, gave the media exactly what it wanted – angry and/or tearful calls for more laws to limit the liberty of individual Americans who did nothing but exist in a way they don’t like.

Kimmel, Colbert, Noah, Meyers and Corden all played their roles perfectly – lecturing their audiences on how something must be done. But what? What could have prevented this massacre?

Nothing. Not one thing.

Colbert summed up exactly the left’s collective sentiments when he said, “Congress can be heroes by doing literally anything.”

But how can you protect against a lone monster from doing something horrible without limiting the rights of everyone? You can’t.

We don’t live in a world like the movie Minority Report where people are punished for crimes they haven’t committed yet. We shouldn’t move any further down the road of punishing people for crimes they’ve never committed.

Yet that’s where the Democrats head every time there is a tragedy. Your rights must be limited because someone else did something unimaginable.

Don’t take my word for it. Here’s what a liberal wrote after studying the issue and hoping to publish a report to influence the debate and advance the gun control agenda. “By the time we published our project, I didn’t believe in many of the interventions I’d heard politicians tout. I was still anti-gun, at least from the point of view of most gun owners, and I don’t want a gun in my home, as I think the risk outweighs the benefits. But I can’t endorse policies whose only selling point is that gun owners hate them.”

That didn’t run in an obscure blog; that ran in the Washington Post.

Even liberals who didn’t lose faith after studying the issue are saying that what Democrats are pushing – and how they’re pushing it – won’t do what they claim they want.

“If we focus on mass shootings as a means of understanding how to reduce the number of people killed by guns in this country, we’re likely to implement laws that don’t do what we want them to do — and miss opportunities to make changes that really work,” wrote the Five Thirty Eight blog.

Gun control is not as much about guns as it is about control. Even anti-gun leftists are coming to this conclusion.

So the next time some leftists want to chip away at your rights, know that they are convicting you of a crime you’ll never commit. Know that these people aren’t concerned with safety; they simply don’t like how you exist.

In Venezuela they confiscated guns under the guise of safety. Then, a few years later, their dictator, Nicolás Maduro, handed them out to 400,000 of his supporters.  I’m not saying we’re going in the direction of Venezuela. I’m saying we have to fight to make sure this country is never even allowed to look in that direction.

The person responsible for the slaughter in Las Vegas was found dead in that hotel room. It wasn’t the guns that did it; someone that evil would’ve found a way to create carnage. It wasn’t any of the millions of law-abiding gun owners across the country, and it was not the National Rifle Association. No one else should be punished for the actions of the shooter.

Liberals are assaulting the First Amendment’s protections for speech they don’t like. They’re assaulting religious liberty, and they’re aerial bombing the Second Amendment. To preserve these freedoms is going to require a never-ending fight. And that fight starts by telling these clowns trying to chip away further at any of our rights to get back in their car and go to hell.