Deep In The Mud

Derek Hunter
|
Posted: Jul 13, 2017 12:01 AM
Share   Tweet
The opinions expressed by columnists are their own and do not necessarily represent the views of Townhall.com. 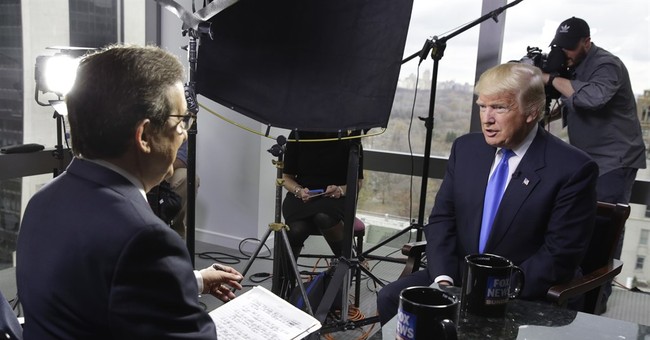 It’s a great time to be apathetic.

The latest development in the never-ending Trump-Democrats-Russia “scandal” is something with which you’re familiar by now. The fact that Donald Trump Jr. met with a Russian woman promising dirt on Hillary Clinton from the Russian government is not nothing, but it’s not really anything either. But you wouldn’t know it by watching cable news.

Depending on what you watched, this story was portrayed as either the end of life as we know it or absolutely nothing of any note.

The truth, as it often does, lies somewhere in between.

What Don Jr. did was unseemly, but it wasn’t illegal. Although the left-wing media scrambles to turn a meeting into the Rosenbergs, conservative media wants you to believe it’s a witch-hunt.

Don Jr. is no monster, nor is he a martyr. He’s just a political novice trying to help his dad.

Ignorance is no excuse, Don Jr. is a grown man, but support for your father is no vice either. For all the pearl-clutching on CNN and MSNBC over the meeting, there isn’t a liberal campaign inner-circle member who wouldn’t meet with anyone promising dirt.

Many left-wing campaign veterans now serving as paid pundits earnestly proclaimed themselves above such things on both those networks, but they are lying. No one who worked at a high level in any campaign would turn down the prospect of opposition research just falling in their laps. But being a left-winger on a left-wing network means an interview as challenging as tying Velcro shoes…

The hypocrisy is rich, as liberal journalists proclaim they’d never heard of such a thing. Maybe they don’t read Politico, and maybe they missed the story of the Democrats working with the Ukrainian government to get dirt on Donald Trump.

It’s more likely they simply didn’t care. Corruption surrounding the Clintons was not only normal, reporting on it goes against their current narrative that all political corruption resides at 1600 Pennsylvania Ave.

It does, actually, but mainly in the press briefing room.

In the report, Politico reported, “Ukrainian government officials tried to help Hillary Clinton and undermine Trump by publicly questioning his fitness for office. They also disseminated documents implicating a top Trump aide in corruption and suggested they were investigating the matter, only to back away after the election. And they helped Clinton’s allies research damaging information on Trump and his advisers.”

Additionally, the story continues, “The Ukrainian efforts had an impact in the race, helping to force Manafort’s resignation and advancing the narrative that Trump’s campaign was deeply connected to Ukraine’s foe to the east, Russia.”

That’s right, while Donald Trump Jr.’s meeting with a Russian woman ended up with Jared Kushner leaving after seven minutes, Paul Manafort ignoring everything and simply reading his phone, and Don Jr. ending it after 20 minutes because it was worthless, Democrats collusion with Ukrainian officials got results.

It didn’t, however, get early as much attention in the left-wing media.

Don Jr. certainly should have disclosed the meeting, and he should have released the email exchanges he tweeted out Tuesday much sooner. But the meeting seems memorable only for it being a complete waste of time. During a hard-fought campaign that came down to the wire with a surprise result, 20 minutes of wasted time in the middle of it is hardly something worthy of a diary entry, let alone remembering.

Still, when the story dominates the left-wing media like this has, you should remember an offer of criminal evidence about your opponent from someone claiming to have connections to the Russian government.

What I’m saying here is this story isn’t exactly a “nothingburger,” but it’s also not what the lying left-wing media would have you believe. And it’s certainly not “treason,” which is what brain-dead Virginia Senator and Hillary Clinton’s former running mate Tim Kaine said it could be.

You won’t find this position reported anywhere because there’s no long money in straight reporting. Journalism has become a team sport, and it’s a sport unbound by ethics, standards or even reality.

If there’s a silver lining in this new paradigm it’s that most of the American people simply don’t care about this story. The story broke on the night of the home run derby at the All-Star game. Journalists were tweeting incessantly about the Don Jr. story, but it did not rate as a top trend in the United States. The next night, after 24 straight hours of breathlessly hyperbolic partisan declarations, it didn’t rate again.

Show the American people actual evidence of a crime, and they’ll be interested. But overpaid partisan hacks wildly spewing their fever dreams no longer makes the people’s radar. As the mud flies on the cable news dial, that’s at least one bright spot.