Derek Hunter
|
Posted: Mar 02, 2017 12:01 AM
Share   Tweet
The opinions expressed by columnists are their own and do not necessarily represent the views of Townhall.com. 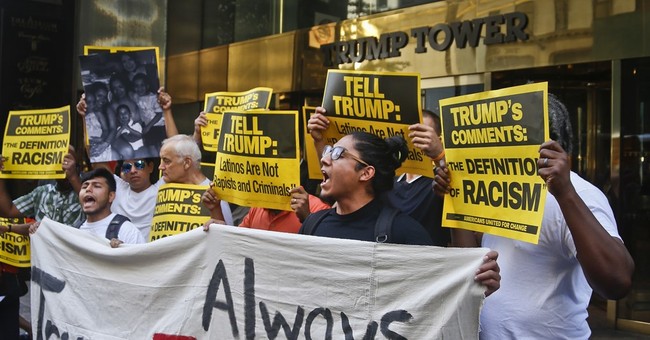 The Progressive Industrial Complex has its work cut out for it. Having been roundly rejected by the American people, the American left is watching its accomplishments be deconstructed, executive order by executive order. And that which cannot be undone by the pen is slated to be dismantled by legislation. This truly has sent the left over the edge, Astroturfing town hall meetings with the help of its media collaborators.

Most journalists will not tell you this because they don’t want to admit it’s true, but the “outrage” newscasts have shown from town hall meetings with Republican members of Congress is manufactured – staged and planned as much as any TV show you’ve ever seen.

Don’t take my word for it, or the word of the countless members of Congress who’ve pointed it out. Take their word for it.

Leaked audio from a planning meeting of activists for a recent town hall meeting with U.S. Sen. Bill Cassidy, R-La., lays out exactly how these professional protesters planned to disrupt the event to give the impression of major push-back from average Americans on the repeal of Obamacare.

Organizers told their volunteer mob how to act, how to dress, where to sit and when to yell. Jim Henson had nothing on how choreographed these puppets were – they followed their orders to a T.

“Game plan No.1 is to fill as many seats as we can, right? If it’s all of us in there and the poor people of Breaux Bridge are sitting behind us, well then, tough luck for them,” they were told. “If we can arrange it so he doesn’t hear one sympathetic question–great. That only magnifies our impact.”

The event made news because the faux-mob booed the opening prayer and the Pledge of Allegiance. Making news is exactly what they said they wanted in their planning meeting. “So what we’ll do is we’ll try to dominate enough, because – remember, the camera people especially are looking for some ‘b-roll’ and some quotes,” an organizer said. These progressive props coached to appear as normal constituents couldn’t contain their disgust at these normal procedures and exposed themselves from the word go.

But this audio wasn’t the first glimpse into the machinery the left has constructed to manufacture outrage. CBS News reported on it, mostly by accident.

“Every day after he packs his son and daughter off to school on Chicago's north side, 40-year-old Jeremy Reid settles on to his living room couch to get his marching orders,” CBS reported, paying no mind to what they were reporting nor saying how Reid had the time to do this “every day.”

The report continues, “He's talking about the Progressive websites that seek to marshal his energy and meld it with millions of other opponents of the new president.”

Following marching orders is not “spontaneous,” as many reports have said these outbursts are. Yet that is what’s happening.

If the polls are to be believed (and that’s a big “IF” sometimes), Obamacare is not popular. What makes that believable is it never has polled majority support. Prices have skyrocketed, millions of Americans lost plans they liked and were forced into government-approved plans with premiums and deductibles so high anything short of a mountain falling on them will be paid out of their pockets. In short, people don’t like it.

Yet the media would have you believe an “eruption” of outrage has taken hold of the American public at the prospect of losing Obamacare. It’s not “fake news” as much as a fraud being perpetrated by self-congratulatory leftists circling the wagons to protect President Obama’s failing legacy and attempting to blame Republicans for the state of things.

Liberals have every right to protest in any way they see fit, but the media’s job is to report the truth. It’s not.

Journalists are fully aware of how the Progressive Industrial Complex operates and they willingly work to hide it.

Portrayed as the Democratic Tea Party, this coordinated, planned and funded (not the participants, but the organizations running the show are raising lots of money) effort is anything but Tea Party-esque."

The Tea Party happened because people wanted to be left alone by their government; this contrived outrage exists to make sure the government doesn’t leave anyone alone – that it takes from some to give to others.

It’s a real thing in that people are following orders and partaking, but the sentiment behind it is political to its core. Its purpose is to harm President Trump and Republicans and help Democrats, not the American people. I don’t expect mainstream media outlets to report that, but I would expect them to at least note there are moneyed organizations with agendas sticking their hands up Kermit’s backside.