Trapped By The Past

Derek Hunter
|
Posted: Feb 19, 2017 12:01 AM
Share   Tweet
The opinions expressed by columnists are their own and do not necessarily represent the views of Townhall.com. 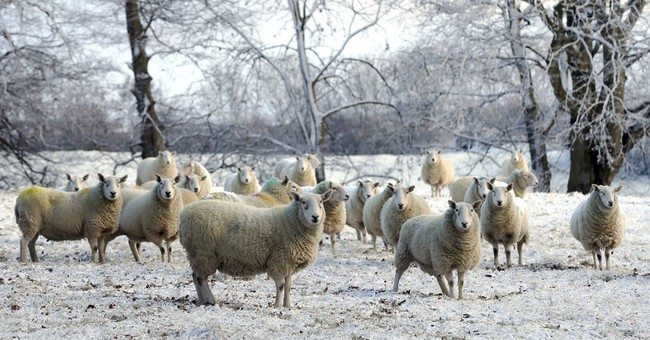 I’ve been wondering lately how the rest of the world views the political happenings in the United States. My only glimpse on this had come through the US media, which presented an unpleasant picture but is completely untrustworthy. So I decided to see for myself.

With my wife having a bun in the oven and lacking sufficient funds to travel the world, I had to choose my destination carefully. It had to be somewhere I could get a flavor for a large swath of the planet’s population within a short period of time – and be relatively close.

Paris was out because I don’t speak French. Berlin was out because my German is nearly as bad as my English. China was too far and expensive, plus the whole language barrier thing again.

So I chose Ireland.

We went there on our honeymoon in 2015, so I knew the lay of the land. They speak English, and so do most of the tourists. Dublin is a truly international city, crawling with travelers from every corner of the planet.

In the next few weeks I’ll recount what I heard, read and saw of the people in Ireland – many of whom were visitors like us – and how they view the United States and what our media this week started to call, in oddly uniform fashion, “chaos.” But first I wanted to tell you what happened to me while touring formerly violence-ravaged areas of Belfast and later that night at a traditional Irish show in Dublin.

Ireland is two countries with a shared culture and history. It’s interesting – fascinating, really – but it’s also a place trapped by its past.

It’s not just trapped in its past; it’s almost a prisoner to it.

I bring this up not to mock the Irish – it’s their past, they can do with it what they like. I mention it because I fear I see it happening here, to a degree.

I didn’t notice it in 2015, mostly because we didn’t travel to Northern Ireland. But this time I was looking for something – I had no idea what.

On a black cab tour of Belfast, we went first to the Protestant area of the city that saw the most violence in what they call “the troubles,” which is a very British way of referring to decades of violence, bombings and thousands of deaths.

But the troubles, which ended with the Good Friday Agreement in 1998, are everywhere. Or at least reminders are.

Houses are covered in murals to the martyred dead. Not small murals, but whole sides of houses. The neighborhood is covered in them. The Catholic section is no different – faces and reminders of the dead are everywhere.

The ones that stood out the most to me were, on the Catholic side, to Bobby Sands who, along with nine other Irish Republican Army followers, starved themselves to death in 1981, and those featuring King William III, also known as William of Orange.

Many people there personally knew Sands and his compatriots, but William the Orange has been dead since 1702. So why him?

At the Battle of Boyne in 1690, King William defeated King James II, essentially ridding Ireland of Catholic rulers and claiming the island for Protestants.

Catholicism obviously returned, especially in the Republic of Ireland, where it dominates. But Catholics and Protestants in Ireland are still angry or joyous about that July 1, 327 years ago.

It informs so much of what still happens, in the north especially. They’ve lost much of the religion, but the anger, the hatred and mistrust, remain.

Events that had no bearing on their lives, that didn’t affect them or anyone they know, still inspire distrust and, in sporadic historical bursts, murder on both sides.

Politics in the United States haven’t reach that point, yet, but the pot does appear to be starting to boil. Friendships have been lost. Family members no longer speak to each other over political divisions that, in the grand scheme of things, won’t amount to a memory.

But Americans have been convinced the person who occupies 1600 Pennsylvania Ave. is either their savior or will be their end. Neither is true. Just like some Irish are convinced their neighbor is their enemy because they hold slightly different religious views, a growing number of Americans can’t fathom that some people disagree with them politically and are willing to vandalize their property or physically attack them.

This unhinged behavior comes primarily from the left, but it can’t help but lead, if unchecked, to retaliatory behavior from the right. Yet dating back to the Obama years, Democrats refuse to denounce the violence committed for their agenda. In fact, they freely use the rhetoric that stokes the anger around it.

Old divisions are manifesting themselves as chasms and in dangerous ways and being passed off as “passion.” Undiffused, irrational anger funneled toward people because they believe in limited government will blow if rational thought is not reintroduced. It’s haunted Ireland for centuries, and to this day.