Democrats Lie Down With Dogs

Derek Hunter
|
Posted: Feb 05, 2017 12:01 AM
Share   Tweet
The opinions expressed by columnists are their own and do not necessarily represent the views of Townhall.com. 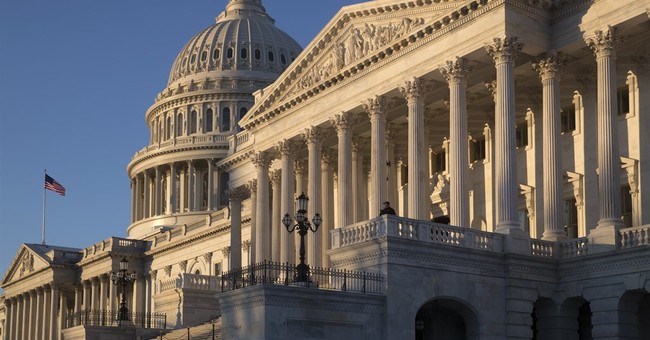 When I wrote my Thursday column, I worried I might have gone a little overboard with the Nazi references about the political left. That’s why I added the note about how I’d written it while angry.

But events since I wrote that piece on Monday made me realize I probably had not done it enough.

There does not seem to be a bottom to the depravity of progressives. The 100 million-plus people slaughtered on the altar of various forms of their political philosophy and tactics in the last 100 years haven’t caused them to pause even for a second. For the agenda of an all-encompassing government, nothing else matters.

In Maryland, where I live, Gov. Larry Hogan gave the annual “State of the State Address” on Wednesday. Hogan has the highest approval rating of any governor in the country, which is amazing for a Republican governor in a deep-blue state.

Immediately after the speech, Democrats attacked him for not criticizing President Trump in his speech…about the state of the state of Maryland. Trump had not been president for two weeks, but Democrats were demanding Hogan condemn him anyway.

Baltimore County Executive Kevin Kamenetz, who has been unable to install air conditioners in his county’s schools after years and millions of tax dollars dedicated to do it, went so far as to start an online petition attempting to pressure Hogan to attack the president.

While the not-so-bright Kamenetz attempted to force a fellow American to speak, his fellow-traveler progressives were on the other side of the country rioting to stop someone else from speaking. Did Kamenetz condemn the fascists at the University of California – Berkeley? Unsurprisingly, he did not.

Does this mean Kamenetz supports Nazi tactics? Of course not, but it wouldn’t surprise me considering the fact that if Gestapo-esque goons rioted in support of any or all of my political agenda, I’d go hoarse condemning them. To each their own, I suppose.

But Kamenetz isn’t the problem by himself; he just happens to personify what the Democratic Party across the nation has become – the latest purveyors of fascism in the name of “justice.”

Berkeley Mayor Jesse Arreguin (guess which party?), tweeted before the riot, “Using speech to silence marginalized communities and promote bigotry is unacceptable. Hate speech isn't welcome in our community.” His “community” then set about making sure that speech he said “isn’t welcome” didn’t happen.

Once his Brown Shirts took his words to heart and started a riot, he chimed in with, “Violence and destruction is not the answer.”

How else would they stop something the top politician told them is “hate speech” and “isn’t welcome”?

I’m not saying he incited it…mostly because he wasn’t alone.

The media and the Democratic Party have been building up to Berkeley since the election, and they’re still building on it now. Unlike Kamenetz, Arreguin issued a statement on the violence, mostly because he didn’t have a choice. More of a CYA than anything else, he blamed everyone but himself.

“Police strategy was ordered by the department, not me,” he tweeted. Was he napping? How did he not know a riot was going down in his own city? And if he did, how did he not immediately order the police to put it down? Berkeley police didn’t make a single arrest. The “strategy” appears to have been to sit by and watch it all happen: Watch things burn, property destroyed, people assaulted for disagreeing with leftist ideology.

Kamenetz and Arreguin are indicative of Democrats across the country, at every level of office – they’ve embraced fascism. Unlike their ground-level goon squads who employ violent fascist tactics, they’re passive fascists -- willing, and happy, to incite action with just enough distance between them and the Molotov cocktails for plausible deniability.

But that gap is closing quickly.

The American people are noticing how “I abhor violence” and “I do not support violence” are simply words, especially when those employing violence sit on the same side of the aisle as those speaking those words.

If you truly abhor violence, don’t lie down with the dogs who advocate it. If you know what they do and continue to ally yourself with them, it’s probably because you’re a dog yourself.