Derek Hunter
|
Posted: Feb 02, 2017 12:01 AM
Share   Tweet
The opinions expressed by columnists are their own and do not necessarily represent the views of Townhall.com. 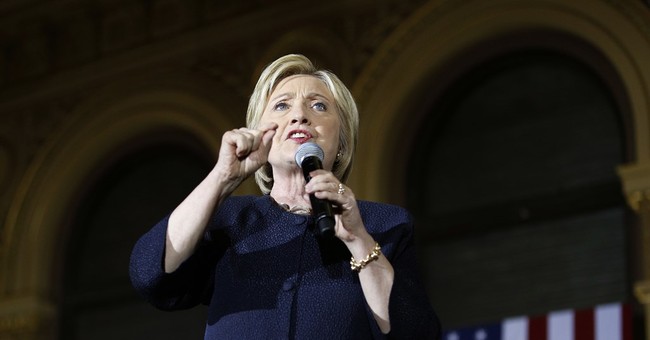 I’m writing this Monday night while disgusted at the lies and misinformation on the news, and you probably shouldn’t write while disgusted. But here you go…

Democrats, both elected and with media credentials, are in the midst of an attempted overthrow of the government right now. They are not taking up arms themselves; they’re simply hoping to inspire aimless drum circlers to do their bidding. And there is no sign of them stopping until someone gets hurt or worse.

Everything changed on Jan. 20 when Donald Trump took office. Supposed journalists put away their pens and took out the long knives, sharpening them for their fellow Americans who simply exist wrong, in their estimation.

The American people, the masses of humanity who enable these elites to live lives of leisure and opulence, crossed a line. They rejected the last eight years of what the left considers a renaissance for the enlightened and elected a man they consider a buffoon.

With “What ignorant fools these people are” dripping from the subtext of their every word, they dressed their souls in their best brown shirts and set about to destroy this “mistake” before it took root. They may still pull it off, too.

Since the election, Democrats and journalists alike (redundant?) have been slipping further and further into “Trump is Hitler” themes. Some have outright said it. They toss around words and phrases such as “fascist” and “anti-American” as if they were daisy petals trying to determine true love. These Gestapo wannabes employ tactics that would make Goebbels blush to manipulate the few who still trust them into taking action.

But what action? There is no limit.

On CNN Monday night, dense Don Lemon, who makes a Q-Tip seem intelligent, took a break from whining about the president firing an insubordinate acting attorney general to put CEOs of major companies on notice – they are being watched. Lemon was speaking with Recode executive editor Kara Swisher about her efforts to force tech CEOs to make known where they stand on Trump’s executive order on refugees. Progressives have to know who to destroy, after all.

Lemon wanted to discuss a tweet of hers in which this aspiring Irma Grese said, “Will tech leaders come out strongly and publicly against Trump's Muslim ban? I'm taking names.”

Why the list of names? To make anyone who strays from, or refuses to live on, the progressive thought camps pay for their insolence, naturally. Hitler not only would be proud, he’d be jealous.

Like his modern incarnation, progressive Hitler had the media and industries under his control. But he had only radio newsreels and print to spread his message. Now, we have 24-hour “Triumph of the Will”-level narration under the guise of “independent reporting,” not to mention social media.

In a world where the simple act of deleting an app can lead to economic ruin, this is no idle threat.

That leads us to the violence.

After years of lecturing Americans about “dangerous rhetoric” and how it will lead to violence – blaming every shooting and terrorist attack on conservatives (until the shootings were shown to be done by leftists) – progressives are now all but calling for violence.

If crosshairs on a map on a webpage Jared Lee Loughner never visited (he hated George W. Bush – sound familiar?) were responsible for the shooting of Congresswoman Gabby Giffords, what possibly could be the desired endgame for a drumbeat of “Trump is Hitler?” It sure as hell isn’t to inspire calm discussion, reasoned debate and agreeing to disagree.

This cabal is out to destroy President Trump, one way or the other. If airports have to be overrun, if civilians have to be attacked, if glass has to be smashed…well, progressives have done it all before.

For progressives, individuals always have been expendable. If lives have to be ruined, if people have to die “for the greater good,” so be it. Agenda über alles.

We’ve seen this throughout the world, but we’ve never seen it to this degree, and this celebrated, in the United States. Not from the floor of the Senate, nor the well of the House. Not behind the anchor desk, or on the editorial page.

No, they’ve always been better at hiding their essence. They view the world as Munich, 1923, and they are the only ones with the answers. Hopefully it’s really May, 8, 1945, again…before someone gets hurt.