You Can Go Home Again

Derek Hunter
|
Posted: Nov 27, 2016 12:01 AM
Share   Tweet
The opinions expressed by columnists are their own and do not necessarily represent the views of Townhall.com. 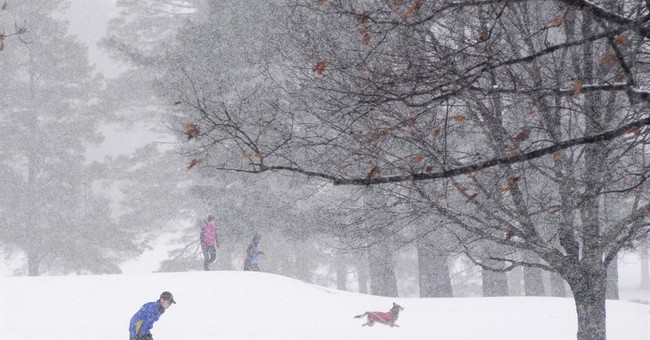 There was a time, I promise, when people had to be home or at their office for you to reach them. When people could not speak to each other on the phone or in person, I am told they turned to something called “letters,” in which one person took a pen or a pencil and made markings on paper, and sent it to another person, who would absorb the meaning and, in many cases, would respond in-kind and the whole process would repeat itself.

This weird, fabled time, which only ended about 20 years ago, was nice. I visited there this week, and I have to say it is still nice.

After nearly two years of campaigns, politics and arguing with rabid progressives about how not to ruin the country, I took a few days and ventured into real America.

Having grown up in Detroit, I knew the smells and sounds of people doing real work for a living. Hell, I’ve done more of those jobs than I can remember. I’d just forgotten it in the wash of think tanks and activist groups, holiday parties and work essentially ending at 2 p.m. on Friday, retreats and conferences, and doing very little while looking down your nose at those who do the real work and pay the bills.

Washington can really pervert your worldview.

I don’t get back to Detroit often enough, to see family or to regain my sanity. After this election, I needed a break, a trip outside the bubble. If only for air.

My parents are retired and now live three hours north of Detroit in what is essentially woods. People from the East Coast retire south, people in Michigan retire “up north.” It’s much cheaper, and more relaxed. If you worked in a factory or an auto plant for 30 years, sweating through your jeans and flannel shirt, the last thing you’d want to do is sit in the sun, on a beach or not, when you were finally able to relax.

In need of some of that air, my wife and I landed in Detroit Tuesday night and set off toward Polaris. The first thing I noticed as we were driving in my parents’ town was nothing – no sounds, no lights, just quiet.

Most bizarrely – importantly, actually – there were no dings, buzzes or notifications of any sort coming from either of our cell phones. When I say my parents live in the middle of nowhere, it’s a bit of an overstatement. They live just past the middle, on the outskirts of nowhere. Where satellite is the only way to get TV because no company could recoup the cost of the miles of cable needed to reach it.

It’s the land that time forgot. And it was glorious.

Before our trip I’d tried to find an Internet service provider for my parents but had no luck. They don’t have a computer but have been given 3 iPads by me as hand-me-downs. When I get a new one, my wife gets my old one, my parents get hers. I load it with the games they like and movies they want to watch. Then it becomes a paperweight they play solitaire on.

They have no interest in it. I’m not sure they understand fully what it is, but I think they’d like it if they knew they could use it for FaceTime, looking at pictures sent from their kids, entertainment and communication with their grandkids. Since dial-up isn’t an option for an iPad, it’s not going to happen. I have to find a different Christmas gift.

But in that search, and the visit – all my siblings, their spouses, and children sleeping on any patch of floor or air mattress – something weird happened: We spoke, we interacted and played games. Like people used to.

Not being able to check email at will (in one corner of the house emails oddly come through, randomly, every once in a while), we acted the way we used to, like a family of human beings. We told old stories we’d heard a hundred times and laughed again like it was the first.

I loved it, at least for a few days. And I recommend you give it a shot, maybe for a weekend.

There’s something to be said for having access to the sum total of human knowledge in your pocket or on your lap, but it’s nice to walk away from it for a few days and interact with people, with family or friends, in ways that are all too uncommon these days. We text when we could use the same device to call, for crying out loud. We text when we’re in the same building with each other.

It seems small. It may seem stupid. But for all the good technology has brought us, it’s robbed us of an important aspect of living. We have new ways of staying in touch with the people who matter, but they’ve come at the expense of the old ways. Doesn’t have to be that way.

I’m not saying everyone should live the way my parents do – they’re in their 70s and have never been on the cutting edge of anything but retro – but they have conversations, they pick up the phone, they visit friends’ houses. Notions almost quaint today were the way our species thrived for centuries.

While eating turkey, watching football, and laughing Thursday, I had more direct person-to-person communication in I don’t even know how long. It wasn’t through posting status updates or lashing out in 140 characters; it was talking and listening, and embarrassing each other in front of loved ones in the way only family can.

It may sound foreign, it may sound awful, but if it does you need it more than you know.

A generation is growing up without so much of what many of us knew as kids – riding bikes without helmets, going out to play and not coming home until the sun goes down, going to someone’s house to see if they’re home, just being around a group of people and having to talk – that we’re losing an important part of what we are.

I’m not advising you to become Amish. Just every once in a while take a break for a day or so and become normal again. The way things were is a nice place to visit, but I wouldn’t recommend living there. It’s nice to turn it off, to forget politics and the awful things in the world for a bit. You can always post a selfie of yourself “unplugging” later.