None Of The Above

Derek Hunter
|
Posted: Apr 03, 2016 12:01 AM
Share   Tweet
The opinions expressed by columnists are their own and do not necessarily represent the views of Townhall.com. 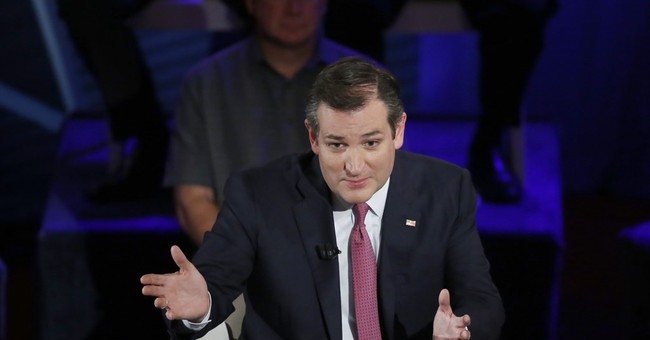 Can we just shut down the White House for four years? In many ways it’s been as vacant as Clint Eastwood’s chair for the last 7½, so how different would it be to just close up shop?

There’s no shortage of wannabe occupants, but there is a shortage of candidates who can win the Republican nomination outright, which means the prospect of an open convention is real.

It appears almost certain no candidate will stroll into Cleveland with a majority of delegate votes. To hear the media tell it, this will lead to chaos and, perhaps, “riots,” if this or that candidate doesn’t win. But this isn’t something for which the Republican Party is unprepared.

If no candidate has a majority – 1,237 delegates – the possibilities are endless.

Much of the media mumbling centers around “rule 40” in the rules for the Republican Party. You hear it a lot on TV and radio, “The establishment is going to change rule 40 and steal this nomination,” etc., etc.

What you don’t hear is rule 40 – and all party rules, for that matter – are changed before every convention. This isn’t a grand conspiracy; it’s fact.

The week before every GOP convention the rules committee meets to decide the rules for that particular convention. The committee covers every boring detail of the process and considers every serious proposal put forth – with input from party insiders across the country.

It’s boring work and usually uncontroversial. But this is 2016, and nothing is uncontroversial, hence the hoopla over rule 40. Well, rule 40(b), actually

As currently constituted, this would mean, barring a major hot streak of victories from Ohio Gov. John Kasich, the only people who stand a chance to be presented for consideration for the nomination are Ted Cruz and Donald Trump.

Changing or deleting rule 40(b) would open up the nominating process to more candidates, but not until pledged delegates are freed from their obligation to vote for whomever they’re pledged to, which varies and is determined by each state. Depending on the state, this means anywhere from after the first ballot to after the third.

Since it is unlikely anyone will reach 1,237 delegates, why limit the options?

Rule 40(b) reads as it does now not because of a long-standing tradition, but because of Ron Paul. The thought of changing it has people panicking now, but it was changed pretty dramatically in 2012.

The committee worried delegates won by Paul, the former congressman from Texas, would offer his name for nomination. This wouldn’t have altered the outcome – Romney had more than enough delegates to secure victory. But Romney’s team wanted a unanimous vote to present a united party front, so it pushed to change the criteria for offering names for the nomination.

Changing “plurality” to “majority” and five states to eight are significant differences. Yet, somehow, it escaped controversy just four years ago.

That rule 40(b) will be changed is pretty much a foregone conclusion, but how it will be changed remains unknown. The same goes for all convention rules. So might I suggest the following: Add “after the third ballot, rule 40(b) becomes null and void, and all delegates are unbound.”

If, before the convention, no one has majority support from the delegates – both pledged and unpledged – candidates will have three rounds of votes to secure support from delegates pledged to candidates who’ve dropped out. If, after their third try, no candidate is able to garner a majority, open up the options to anyone.

I know this will upset supporters of Cruz and Trump, but it doesn’t matter. It will be messy. It will be a fight. And it could end up with a “fresh face” emerging as the consensus nominee. But it also could result in a coalition forming around a candidate who could put Republicans over the top earlier.

Knowing the floodgates will be flung open after a third vote will force nominated candidates to push harder, sooner. Nothing motivates like a hard and fast deadline.

It’s not a conspiracy to say convention rules are going to be changed; it’s a fact. Everyone knows this, and everyone has known this. Anything you may hear to the contrary is someone who is ignorant or lying. Best to lay this out now, be open about it, then hope it doesn’t become an issue, because either way, Cleveland is going to be a fight and “none of the above” is not an option.