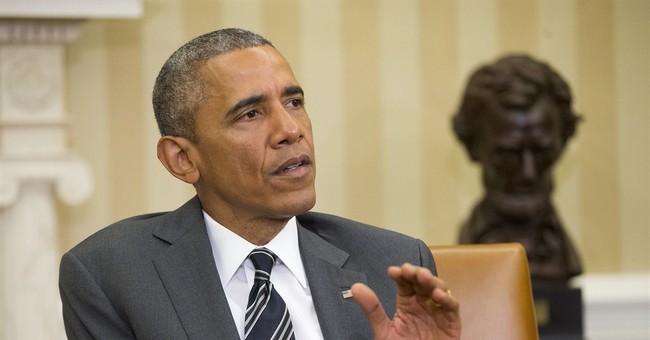 History will be much kinder to the Obama years than it should be, but only because the historians who write about them most likely will be sycophantic progressives unwilling or unable to admit their belief system is a failure.

The opportunities missed weren’t economic – President Obama’s rigid adherence to his progressive ideology could not have produced any other outcome. And they weren’t on foreign policy – Obama quite simply never gave a damn about national security or our standing in the world. It will be in the intangibles.

The office of president is afforded a status unlike anything else on the planet. The bully pulpit enables the president to influence not only Washington but the culture. It’s here where Barack Obama missed his greatest opportunity.

The black community is home to the president’s greatest supporters, unwavering in its loyalty. So many of the hopes of the past, present and future were vested in him in a way that is incomprehensible to anyone outside that community. And Barack Obama failed them in monumental ways.

He was never going to propose anything economically to help them or the country as a whole– his ideology would not allow it. But the opportunity for constructive change was very real.

Violence and out-of-wedlock births are the scourges of the country, but they hurt the black community most. As the first black president, Barack Obama was uniquely positioned to speak out on these issues and have a real impact. But aside from lip service, he paid little attention to them.

Chicago, his hometown, is a warzone and you’d be hard pressed to find the president condemning it. Baltimore, a city 30 miles from where he lives now, burned in a riot, and he barely noticed. Thousands of young black men are murdered every year by other black men, and you’d think that information was kept away from him.

The reason for the Obama’s silence is simple – he’s not a leader, not a problem solver. This isn’t a partisan attack against a man with whom I obviously disagree, it’s a fact. His whole life has been spent sitting on the sidelines, riling people up, not solving problems. Aside from identifying problems, most times falsely, a community organizer’s existence is to simply get people upset enough to take to the streets and demand whatever change you’ve sold them will cure their ills. It never does, but there’s always something else to get them upset about to distract them from that fact.

The president is the same as the professional protesters living the nomadic life of moving from one exploitable event to another, only he isn’t allowed to physically move with them.

The money is good in both professions, but only one actually can bring about positive change. But President Obama continually chooses the other path.

By weighing in when he has – Trayvon Martin, Michael Brown, Henry Gates, etc. – rather than waiting for evidence, he has inevitably been on the wrong side of the truth. That’s one thing when you’re a community organizer, but when you’re president, it is a wasted opportunity. Rather than warn against jumping to conclusions and advise people to respect the rule of law, he jumped to conclusions and contradicted the rule of law.

The bodies are piling up. Chicago and Baltimore are competing for the title of “Murder Capital of the Country,” and Barack Obama talks about the victimhood status of people at the hands of the police. Young black men are exponentially more likely to be killed by other young black men, or even struck by lightning five times while hitting a hole-in-one on a par 4 in the Masters than to be murdered by a police officer, but pointing that out isn’t part of the president’s instincts. Instead he reinforces victimhood and ignoring police officers murdered because they took a job.

When you’re a community organizer, there’s no money, power or influence in realism; when you’re president, that’s where you’re supposed to try your damnedest to live.

President Obama has never stopped being a community organizer. History will try to bury that fact, but there will be a pile of bodies that didn’t have to be – not only during his term, but after as well – that will be a silent reminder of what could have been, what should have been, but never was because the only lives that matter are those that can be exploited when they are lost.