An Open Letter to the Political Right 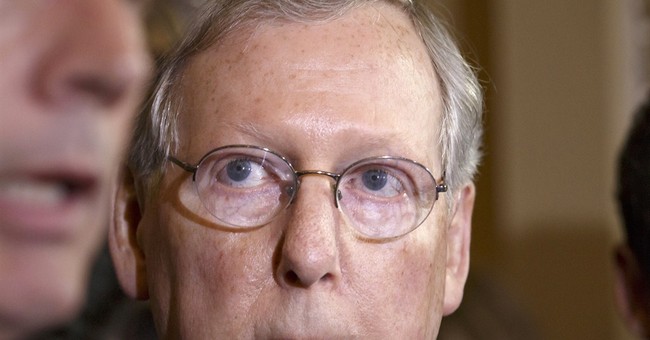 I write today in the hope you all can get over whatever anger, distrust or bruised egos this primary season and political year has caused you. We on the right need to unite and send a message to progressives by unambiguously retaking the U.S. Senate in November.

We all have some problem with what’s happened so far. Someone we liked lost a primary. Someone we didn’t won. Some piece of legislation we hate passed; some other piece we liked did not. No one is completely happy, but we all know things can get much worse – and will if we don’t put aside what divides and do what we must for the cause of liberty.

The political right has a habit of letting the perfect be the enemy of the good. This is exemplified by libertarians, and it’s the fast track to political irrelevancy.

Libertarians will hate that I’ve placed them on the right of the political spectrum, and indeed many of today’s libertarians indeed have no political home and are all over the map. Today, the term covers everything from the great Reason Magazine to big-government, socialized medicine-loving Bill Maher. The present day “libertarian” label can mean anything, so it means nothing.

Back then, libertarians put aside their differences with conservatives and Republicans to work for the defeat of liberals and progressives. All three groups thrived, as did the nation. But now too many focus on the disagreements, the differences, and the scars that come with fighting for what we believe, win or lose.

Both sides have scars, but too many of us are becoming bitter and losing sight of why we thought those scars were worth getting in the first place. No Republican, either “conservative” or “establishment,” is perfect, but any of them are better than any progressive Democrat. Were John McCain or Mitt Romney the “next Reagan?” Absolutely not! But, even with their imperfections being considered, they’re both Godfather 2 compared to the Sharknado 2 currently occupying the White House. The same goes for these House and Senate races this November.

You will never agree with anyone running for office 100 percent, unless it’s you. And then only maybe. But whether you are the hardest-core conservative or a right-leaning “squish,” a Mitch McConnell is much better for the country than an Alison Lundergan Grimes is. Would we rather have had a more conservative choice? Absolutely. But McConnell won his primary, and disliking that reality doesn’t make it any less so.

The question is this: Do we want to sit out and lose so we can send a message of some sort? Or do we want to at least stop the hemorrhaging of liberty and the expansion of government?

Barack Obama still will be in the White House no matter what happens in November, and he’s demonstrated a lack of concern for individual liberty or personal responsibility that threatens our founding principles. A Republican- controlled House and Senate can’t reverse much that he has done, but it can slow him down.

I get that voting for the lesser of two evils sucks. But the alternative – more evil – is worse. And remember, your “less evil” is someone else’s ideal candidate, and vice- versa. No one would ever get elected if one side or the other didn’t hold their nose from time to time in the voting booth for the good of the cause. This year, if you’re on the right, it’s your turn.

If you don’t, if you sit it out to make some perverse point, good for you. I’m not sure what you think you’ll prove other than you won’t support anyone, no matter the consequences, unless they’re “your candidate.”

But you need to realize your vote could be crucial to keeping Harry Reid as Senate Majority Leader. Oh, and that your obstinance gave the most radical leftist progressives ever to occupy 1600 Pennsylvania Ave., a freer hand to replace however many Supreme Court justices retire or die in the next two years with like- minded progressive activists uninterested in the Constitution.

If and when that happens and our laws are changed by judicial fiat, remember back to the self-satisfaction you felt on Nov. 5, 2014, when you woke up and realized you “showed” those conservatives or the establishment what they can do with their candidate who didn’t meet your purity test. Either that or you recognize this is the last real shot the right will have to take the Senate for at least two election cycles and make the best choice the ballot offers you, whether they’re your candidate or not.