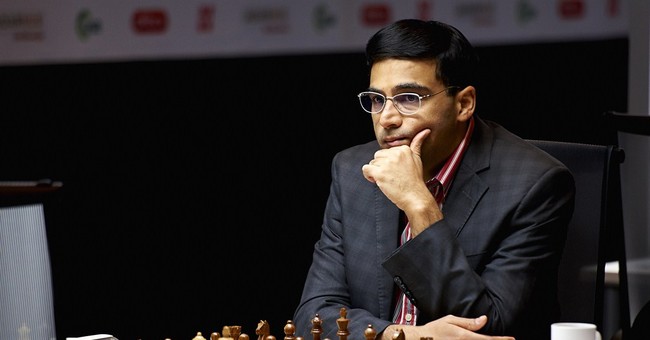 Numbers are slowly emerging, and they aren’t good for the president’s “signature piece of legislation.” The Affordable Care Act, or Obamacare, has been an unmitigated disaster. After three years and $634 million, healthcare.gov has proven itself unable to handle even the traffic a local supermarket website would get. In other words, it’s not a problem of too much traffic crashing servers, the problems lie in the code itself.

Just like the problems with the website, the flaws in the program itself are structural. And this fact, provided they don’t screw it up, will be the greatest asset of Republicans going forward.

The president and Democrats have been playing chess while Republicans have been playing checkers. Progressives have shown a disinterest delaying Obamacare for a year and a willingness to harm anyone, from kids with cancer to veterans of all ages, to protect this government power grab. Let ‘em have it.

I realize that’s a controversial statement to make and opens me up to calls of “SQUISH,” but hear me out.

Obamacare enrollment has, by all accounts, been anemic. For the plan to stand a chance of surviving it needs at least 7 million enrollees, but is on pace for about a quarter of that, if the numbers leaked so far hold up. With so few enrollees, the plan is unworkable. Older and less healthy Americans are most likely to sign up, and no insurance market can survive if only those who will have more in claims than they pay in premiums sign up.

Just as no car insurance company could survive if only drivers sign up who wrap a car around a telephone pole every week per week, no health insurance plan can survive if only those likely to need health care sign up.

The structural flaws of Obamacare are in its conception. The progressive architects of the ACA worked under the delusion that everyone without health insurance wants health insurance. That’s simply not true.

A quarter of Americans without health insurance before Obamacare made more than $50,000 per year. Were they bothered by their lack of insurance, they could have remedied it. They didn’t.

They’re young, and young people labor under the delusion they are “10 feet tall and bullet proof.” They’re willing to risk going without because they’d rather have the money in their pockets. And, to be honest, the statistics are on their side.

Now they’re required to buy insurance. Well, not required exactly. They can refuse to and, rather than spending hundreds of dollars per month for a plan they’ll likely not use, they can simply pay a small fine. Thousands of dollars next year vs. $95 and the ability to buy insurance for the same price ex post facto were something catastrophic to happen. The young and healthy uninsured would be foolish to buy health insurance under that scenario.

If the young and healthy take the logical path and decline to enroll, premiums will skyrocket in 2015 even more than they already have. Companies will stop selling plans in the exchanges because they’ll have no choice. And, unfortunately for Obamacare proponents, the logical path is also the easy path.

For Obamacare to implode, the young and healthy need only do nothing, and young people excel at doing nothing.

Democrats’ refusal to delay the individual mandate for a year was an inadvertent gift to Republicans. The system as it is can’t survive. They refused to change it. Now they have to be made to live with it.

The New York Times once wrote, “Rarely has a government program that promised so much to so many fallen apart so fast.” This wasn’t about Obamacare, this was about the only entitlement ever to be repealed – Medicare Catastrophic Coverage in 1989. What happened then is the most likely outcome for Obamacare.

Medicare Catastrophic offered all seniors new health benefits for a small fee. Only most seniors already had what the government was offering from private companies or didn’t want them. Much like Obamacare, it was a solution for everyone to a problem faced by few. And just like Obamacare, everyone was forced to comply with it to spread the cost around.

Back in 1989, the cost to seniors was a mere $12 per month. That may not seem like much, and it wasn’t, but seniors didn’t want it and they revolted. What passed with much fanfare just a year earlier was quickly repealed. Not replaced, repealed.

When people get a taste of what Obamacare is serving them next year (not in the abstract as it is now, but in reality), not just higher premiums, loss of their current plan and doctor but incredibly high deductibles, they will want scalps. And there will only be one party to blame – the Democrats.

Democrats may not act the way they did in 1989, but unlike 1989, 2014 is an election year. If they refuse to act, voters can. That is, unless Republicans let them “fix” the problems as they inevitably develop.

Obamacare is the plan Democrats wanted, it’s what they wrote and voted for. The only option Republicans should offer to “fix” the problem should be full repeal and replacing it with a free-market option. Democrats will refuse, and when they do they should get nothing in return.

Unfortunately, unlike Democrats, Republicans are not a collective mind. There is actually diversity of thought on the political right. Some will be tempted to “work with” Democrats to fix problems as they arise. But those problems are fundamental, not tangential. They can’t be fixed, they can only be postponed. And Washington is excellent at postponing problems, not so good at dealing with them.

Efforts must be started now to hold the caucus together when this day comes. All Republicans will never be on the same page, but if they start now they can at least ensure they’re working from the same book.

Every problem, every failure, every issue needs to be uniformly highlighted. They also need to collectively get behind a solution. The American Health Care Reform Act from the Republican Study Committee is a good place to start and should be used as a launching pad to finalize a plan they can all get behind.

As the old saying goes, “if you fail to plan, you plan to fail.” The last few weeks have proven this to be true. But the Democrats have a plan to fail, only not this quickly. If Republicans don’t highlight every Obamacare failure as a failure of Obamacare, of government control, and allow Democrats to execute their plan to blame their failure on the private sector, we will have lost.

It may seem like it now, but this whole battle is far from over. Conservative groups who’ve become adept at circular firing squads and playing checkers during a game of chess need to step up too. They need to dip into their deep pockets and make a concerted, long-term public education effort to do the job the media won’t do. They have to take to the airwaves and let disengaged and disinterested voters that the actions of the Democrats have cost them more money out of their pockets. That government control over the health care system has given them less options, lower quality care. And it’s only going to get worse.

There’s a perverted sense of satisfaction in sitting on the sidelines, arms folded, while what you said would happen happens. These Tea Party groups are quite good at it, and at making sure we lose less ground more slowly. This is their chance to show they can do more than that. This is their chance to show they, we, and Republicans, can actually think ahead, plan ahead and advance the ball.

It’s time to put the checkers away and start playing chess.