Dennis Prager
|
Posted: Jun 05, 2018 12:01 AM
Share   Tweet
The opinions expressed by columnists are their own and do not necessarily represent the views of Townhall.com. 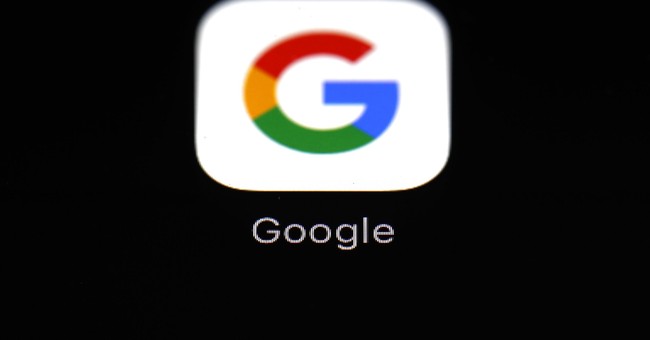 The original slogan of Google was "Don't be evil." When Google changed its corporate name to Alphabet in 2015, it changed the slogan to "Do the right thing."

If it were to be true to its values, Google should have changed its slogan from "Don't be evil" to "Don't fight evil."

Here is The New York Times report from this past Friday: "Google, hoping to head off a rebellion by employees upset that the technology they were working on could be used for lethal purposes, will not renew a contract with the Pentagon for artificial intelligence work ...

"Google's work with the Defense Department on the Maven program, which uses artificial intelligence to interpret video images and could be used to improve the targeting of drone strikes, roiled the internet giant's work force. Many of the company's top A.I. researchers, in particular, worried that the contract was the first step toward using the nascent technology in advanced weapons. ...

"About 4,000 Google employees signed a petition demanding 'a clear policy stating that neither Google nor its contractors will ever build warfare technology.'"

CBS News reported that the petition also said, "We believe that Google should not be in the business of war."

In other words, to the heads of Google and thousands of its elite employees, it is immoral to aid in the defense of their country, and all war is immoral.

Moral idiocy is the ability to be brilliant in any area of life except the single most important area of life, morality. With regard to morality, such people are fools.

The United States has been the greatest force for liberty and goodness in world history. It has been so by modeling a free society and through the power of the idea of freedom, and even more so by force -- brute physical force.

Through force of arms, America and its allies defeated Germany in World War I and World War II.

Through force of arms, America imposed democracy and liberty on West Germany and led to the dissolution of East Germany.

Through force of arms, the Holocaust -- the genocide of Europe's Jews and millions of others in Nazi concentration and death camps -- ended. If Google existed then, would its employees have demanded Google "not be in the business of war"?

Through force of arms, America was able to impose democracy and liberty on Japan.

Through force of arms, America liberated Asian countries from the Nazi-like Japanese imperialists.

Through force of arms, America enabled the majority of Koreans to live free rather than under the most totalitarian regime in modern history, North Korea.

Through force of arms, Israel has survived 70 years of Arab, and now Iranian, attempts to annihilate it. Arms ended the Holocaust in Europe, and arms prevent a second Holocaust of Jews in the Middle East.

Only a moral idiot does not understand the moral necessity of weapons of war being in the hands of decent countries.

Which brings us to the second trait of Google and its employees: ingratitude.

Google and its employees live better than almost any human beings in the world. They do so because they live in the freest and most opportunity-giving country in the world, the United States of America.

That Google and its employees refuse to work on the military defense of their country is an expression of ingratitude (not to mention absence of patriotism) that is simply breathtaking.

How did we produce such foolish and ungrateful people?

They are the products of left-wing education and the left-wing media, and of living in the left-wing cocoon of Northern California and its tech industry.

Google should be true to its convictions and change just one word of its original slogan from "Don't be evil" to "Don't fight evil."