'I'm Not Ready to Get Married'

Dennis Prager
|
Posted: Dec 27, 2017 12:01 AM
Share   Tweet
The opinions expressed by columnists are their own and do not necessarily represent the views of Townhall.com. 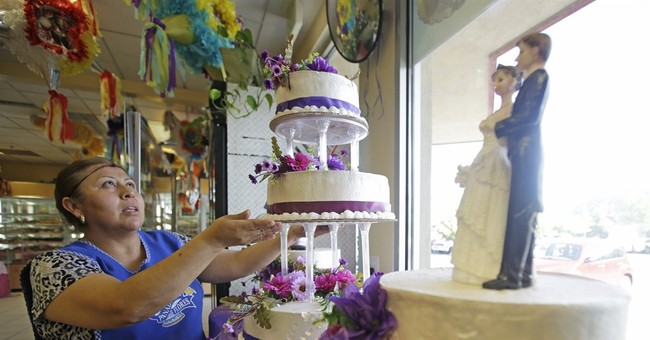 Editor's Note: Mr. Prager is off. This is a column that originally ran in 2015.

Part I in a series of widely held beliefs that are either untrue or meaningless:

In every age, people say and believe things that aren't true but somehow become accepted as "conventional wisdom."

The statement "I'm not ready to get married" is a current example. Said by more and more Americans between the ages of 21 and 40 (and some who are older than that), it usually qualifies as both meaningless and untrue. And it is one reason a smaller percentage of Americans are marrying than ever before.

So, here's a truth that young Americans need to hear:

Most people become "ready to get married" when they get married. Throughout history most people got married at a much younger age than people today. They were hardly "ready." They got married because society and/or their religion expected them to. And then, once married, people tended to rise to the occasion.

You get ready to do something by doing it.

In addition, at least two bad things happen the longer you wait to get "ready" to be married.

One is that, if you are a woman, the number of quality single men declines. Among deniers of unpleasant realities -- people known as progressives, leftists, and feminists -- this truth is denied and labelled "sexist." But, as Susan Patton, a Princeton graduate, wrote in an article titled "Advice for the young women of Princeton," published in Princeton's student newspaper: "Find a husband on campus before you graduate. ... From a sheer numbers perspective, the odds will never be as good to be surrounded by all of these extraordinary men."

The other bad thing that happens when people wait until they are "ready" to get married is that they often end up waiting longer and longer. After a certain point, being single becomes the norm and the thought of marrying becomes less, not more, appealing. So over time you can actually become less "ready" to get married.

And one more thing: If you're 25 and not ready to commit to another person, in most cases -- even if you are a kind person, and a responsible worker or serious student -- "I'm not ready to get married" means "I'm not ready to stop being preoccupied with myself," or to put it as directly as possible, "I'm not ready to grow up." (No job on earth makes you grow up like getting married does.)

People didn't marry in the past only because they fell in love. And people can fall in love and not marry -- as happens frequently today. People married because it was a primary societal value. People understood that it was better for society and for the vast majority of its members that as many individuals as possible commit to someone and take care of that person. Among other things, when people stop taking care of one another, the state usually ends up doing so. Just compare the percentage of single people receiving welfare versus the percentage of married people.

And then there is the economic argument. Many single men, for example, say they are not ready to get married because they don't have the income they would like to have prior to getting married. As responsible as this may sound, however, this is not a particularly rational argument. Why is marrying while at a low income a bad idea? In fact, marriage may be the best way to increase one's income. Men's income rises after marriage. They have less time to waste, and someone to help support -- two spurs to hard work and ambition, not to mention that most employers prefer men who are married. And can't two people live on less money than each would need if they lived on their own, paying for two apartments?

In addition to economic benefits, the vast majority of human beings do better when they have someone to come home to, someone to care for, and someone to care for them. And, no matter how much feminists and other progressives deny it, children do best when raised by a married couple. There are, most certainly, superb single parents. But every superb single parent I have ever spoken to wishes they had had a spouse with whom to raise their children.

Throughout history, and in every society, people married not when they were "ready" to marry, but when they reached marriageable age and were expected to assume adult responsibilities.

Finally, this statement reflects another negative trend in society -- that of people being guided by feelings rather than by standards or obligations. We live in an Age of Feelings. Aside from the rational and moral problems that derive from being guided by feelings rather than by reason and values, there is one other problem. In life, behavior shapes feelings. Act happy, you'll feel happy. Act single, you'll feel single. Act married, you'll feel married.