Purists Kill Whatever They Believe In

Dennis Prager
|
Posted: Mar 28, 2017 12:01 AM
Share   Tweet
The opinions expressed by columnists are their own and do not necessarily represent the views of Townhall.com. 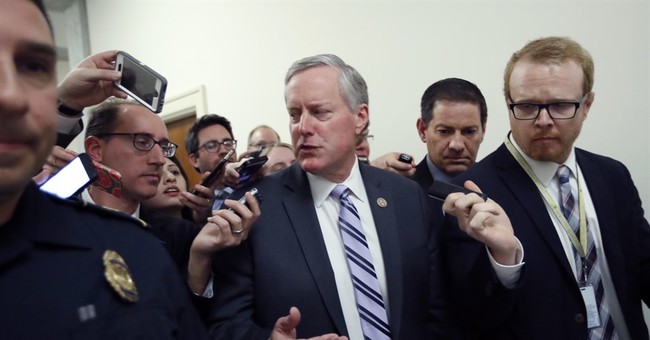 According to The New York Times, 10 moderates, 15 conservatives, and eight other Republicans would have voted against the Republican repeal and replace Obamacare bill. So, then, 15 or so conservatives made it impossible to pass the bill favored by nearly every other Republican and by President Donald Trump. If that is the case, what we have here is another conservative example of purism and principle damaging another major opportunity to do good.

The first purist conservative example were the Never-Trumpers, who believed it was better for Hillary Clinton to be elected president and for the Left to have four more years of presidential power than for Donald Trump to win.

In terms of policy, Donald Trump is a conservative dream. From appointing a conservative to the Supreme Court, to approving the Keystone XL pipeline, to weakening the fanatical, hysterical, and tyrannical EPA, to appointing an ambassador to the United Nations who has moral contempt for that immoral institution, to backing Israel, to seeking to reduce economy-choking regulations on business – indeed essentially everything conservatives would wish for in a president – Donald Trump is almost too good to be true.

But he’s still not good enough for those conservatives who remain Never-Trumpers or good enough for the House members of Freedom Caucus, at least with regard to the repeal and replace Obamacare bill that President Trump worked so hard to have passed.

It is quite possible that I and most other conservatives who supported the repeal bill agree with just about every criticism of the bill that House conservatives made.

But purists don’t ask such questions. They live in a somewhat different world than the rest of us who actually agree with them on everything. Because we don’t ask what is ideologically pure and true to our principles. We ask: What is closest to our ideology and to our principles?

Or, to put it another way, we have one larger principle than even the conservative ones we share with the purists – defeating the left because that is the No. 1 priority of those who cherish Western Civilization and regard America as the last best hope for humanity.

The conservative Never-Trumpers and conservatives who voted for Trump had everything in common except for that overriding principle. Conservatives who voted for Trump believed that defeating the Left is the overriding moral good of our time. We are certain that the Left (not the traditional liberal) is destroying Western Civilization, including, obviously, the United States. The external enemy of Western Civilization are the Islamists (the tens or perhaps hundreds of million of Muslims who wish to see the world governed by Sharia), and the internal enemy of the West is the left. What the left has done to the universities and to Western culture at the universities is a perfect example.

Passing even a tepid first bill to begin the process of dismantling the crushing burden of Obamacare would have been an important first step in weakening the left – not only by beginning to repeal Obamacare but by strengthening the Trump presidency and the president’s ability to go forward with tax-reform and other parts of his conservative agenda. The president is now damaged, and the Republican Party looks ludicrous – what other word can one use to describe the party that passed 60 resolutions in seven years to repeal Obamacare and then can’t pass a bill to repeal or replace Obamacare when it is given the House, the Senate, and the presidency?

Make no mistake, ye of pure heart, this may well be the last time in your lifetimes that Republicans control both Houses of Congress and have a conservative president. And understand that time is not on our side; there are cfongressional elections in a year and nine months.

Providence or luck made it possible to have a conservative president. Act accordingly.

And perhaps consider inscribing on the walls of your House and Senate offices a motto as relevant as “In God We Trust” – “The Best Is the Enemy of the Better.”