Audi: The Car for the Unhappy Woman

Dennis Prager
|
Posted: Feb 07, 2017 4:01 PM
Share   Tweet
The opinions expressed by columnists are their own and do not necessarily represent the views of Townhall.com. 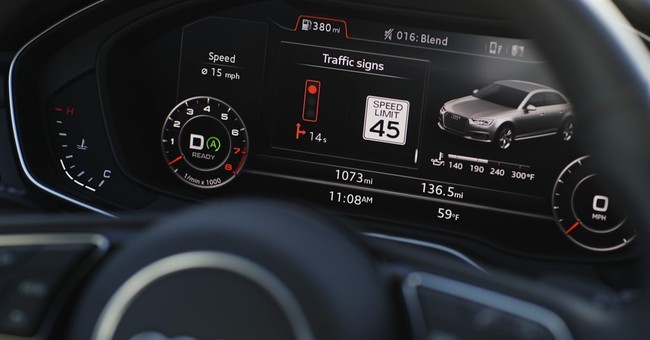 In the Audi Super Bowl ad, a male voice in grave tones says:

"What do I tell my daughter?

"Do I tell that her grandpa is worth more than her grandma?

"That her dad is worth more than her mom?

"Do I tell her that despite her education, her drive, her skills, her intelligence, she will automatically be valued as less than every man she ever meets?

"Or maybe ... I'll be able to tell her something different."

If there was ever a more mendacious or socially destructive ad during the Super Bowl, let alone on television, I am unaware of it.

As a believer in the free market and the free exchange of ideas, I have rarely advocated for or participated in a boycott of a company for the political positions of its owners or directors. I eat Ben & Jerry's Ice Cream despite the fact that I have opposed every left-wing political and social position Ben and Jerry have ever advocated. It's a free country. And I want to keep it free.

But Audi crossed a line. It should pay an appropriate price.

First, we need to stop the politicization of everything in America. We need to be able to watch sports, for example, without the intrusion of left-wing propaganda. I would feel the same about right-wing propaganda, but the right believes in allowing people to enjoy life without injecting politics wherever possible.

Second, the ad sent the false and debilitating message to every girl that being born in America is to be born oppressed and persecuted. "I am a woman, therefore I am a victim," it says.

In the words of the ad, "she will automatically be valued as less than every man she ever meets." It is hard to imagine a worse message to give a child. I devote an entire chapter in my book on happiness ("Happiness Is a Serious Problem") to victimhood because regarding oneself as a victim makes happiness impossible. This is a big reason many feminists are unhappy human beings.

Fourth, the ad equates worth with income. There is no other explanation for Grandpa and Dad being "worth more" than Grandma and Mom. This view is in keeping with the materialist view of life that has permeated the left since Karl Marx. On the left, the human being is an economic being. Period. Our worth is determined by our material state. If you get a check, you have worth; if you have no check, you have no worth. It is yet another destructive message sent by this ad to the young people watching the Super Bowl.

Fifth, even from just a materialistic perspective, the ad is based on a lie. Women do not make less than men for the same work. And wage differences based on gender have been illegal for over 50 years. This fraudulent claim has been debunked so often that it is utterly irresponsible to keep repeating it. (A powerful five-minute video on the subject titled "The Myth of the Gender Wage Gap," presented by Christina Hoff Sommers, is available on the Prager University website. It has 2.3 million views.) Using common sense alone, why would any employers hire a man if they could hire a woman to do the exact same work for 25 percent less?

Sixth, if Audi is not financially hurt as a result of this ad, be prepared to have next year's Super Bowl feature more left-wing ads.

I have long lamented the fact that while America is engaged in a culture war (now a civil war, as I wrote two weeks ago), it is a war in which only one side seems to be doing almost all of the fighting. The November presidential election suggests that this might finally be changing. The Audi ad will serve as an excellent test case of whether conservatives are prepared to press the fight.