On Hillary Clinton as a Model for Young Girls

Dennis Prager
|
Posted: Aug 30, 2016 12:01 AM
Share   Tweet
The opinions expressed by columnists are their own and do not necessarily represent the views of Townhall.com. 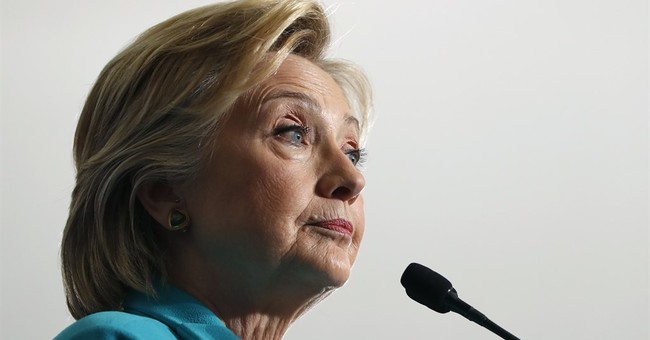 Trending
One of the most oft-heard claims made by supporters of Hillary Clinton is what a positive role model she would be for young girls as president.

They say: "Then, my daughters will know that nothing is to too great for them to aspire to. A woman can indeed be president of the United States."

So goes the argument.

According to the latest Quinnipiac University poll, women will vote for Clinton by 60 percent to 36 percent, a margin of 24 percent. In the last presidential election, the margin was 10 percent.

If the polls are accurate concerning the lopsided female support for Clinton, there are three likely reasons:

--Many women want this model for their daughters and all other girls.

--Some women who might have voted for a Republican male just won't vote for Donald Trump.

In a previous column, I addressed the issue of how morally primitive it is for a woman to vote for a woman because of her gender. I will therefore only address the widespread notion that it will be very good for young girls if Clinton is elected because they will be able to realize that nothing in America is closed to them.

Given that the former secretary of state used her office to enrich herself and her husband; given that she so willfully compromised national security by setting up her own private email server in order to avoid congressional and public oversight; given that she has repeatedly lied about these actions; given that she lied to the mothers and fathers of the men killed by terrorists in Benghazi; and given that she has a long history of lying (a New York Times columnist called her a "congenital liar" in the 1990s), the notion of Clinton as a model for America's girls and young women is nothing, if not depressing.

Parents who think this way must either be willfully fooling themselves about how corrupt a person Clinton is, or they are being honest with themselves, but they nevertheless conclude that all that matters is that their daughter and other girls see a woman in the White House. Of course, even these people are not being fully honest with themselves, because the vast majority of them would never vote for an honest -- let alone dishonest -- woman if she were a Republican.

This obsession with a woman in the White House is a liberal preoccupation. The vast majority of conservatives, in contrast, wouldn't care.

Second, more conservative women think that if a woman is going to serve as a model for their daughters, that woman might indeed be a president or a CEO. But she might just as likely be a woman who makes a wonderful home that fosters good people, good Americans and a good marriage. I have to believe that even many liberals would acknowledge that the country now needs more good homes than good astronauts, CEOs, lawyers, professors, etc.

Third, conservative women are far less likely to believe that a corrupt conservative woman could serve as a model for their daughters. We all understand that sometimes we feel compelled to vote for someone we may not admire because the cause is more important than the individual. That is understandable. So, if liberal women were to argue that they support Clinton because they will vote for an unethical Democrat over any Republican, then that would be intellectually honest.

But liberal women do not say that. Instead, they laud Clinton and say that they want a female president as a role model for their daughters.

And that is what is morally troubling about such support of liberal women (and many liberal men as well) for Clinton. Parents who want their daughters to regard Hillary Clinton as a model are telling their daughters that gender solidarity is more important than moral character.

The country will pay a terrible price for this message.