Judge Garland and the Left's Disdain for Truth

Dennis Prager
|
Posted: Mar 22, 2016 12:01 AM
Share   Tweet
The opinions expressed by columnists are their own and do not necessarily represent the views of Townhall.com. 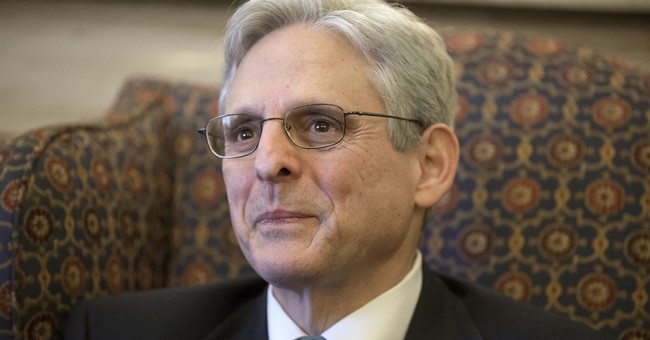 The mainstream media -- that is, the liberal media -- share all the views and characteristics of the left. Among these is the left's view of truth. There are honest individuals with left-wing views, and dishonest individuals on the right. But truth is not a leftist value. Everything the left believes in is more important than truth: social justice, economic equality, reducing carbon emissions, expanding the power of the state, battling sexism, homophobia, Islamophobia, racism, and above all of these, destroying its conservative opposition.

The media's coverage of President Barack Obama's nomination of Judge Merrick Garland to the Supreme Court should serve as one of the most blatant examples of both the left-wing orientation of the news media and their willingness to play with truth.

On March 16, the day after Garland's nomination, every major mainstream news outlet, both print and electronic, depicted the judge as a centrist.

Another headline, seen in the Washington Post, read: "Merrick Garland's instinct for the middle could put him in the court's most influential spot." That same day, the Post published a second article mentioning how "Garland's deep resume and centrist reputation appear to have positioned him well to earn the president's nod."

Two days later, the Los Angeles Times featured a news analysis on its front page, in which a reporter wrote that Garland may actually be "the most moderate Supreme Court nominee anyone could expect from a Democratic president." The reporter also calls Garland "a superbly qualified judge with a cautious, centrist record."

There is no truth to any of these reports -- something easily proved by both Judge Garland's decisions and, amazingly, by the newspapers' reports themselves.

Take the Los Angeles Times' front-page "news analysis," for example. After describing the judge as a moderate and centrist, the LA Times reporter writes:

"If the late Justice Antonin Scalia, a staunch conservative, is replaced by a moderate-to-liberal Justice Garland, the court would tip to the left on several key issues, like abortion, affirmative action, the death penalty, gun control, campaign spending, immigration and environmental protection."

In other words, the very same author who describes Garland as a centrist believes that Garland votes left on essentially every major issue confronting the nation and the Supreme Court.

Additionally, that very same day The New York Times headlined that Garland is a centrist, it published an article on the nomination noting that "If Judge Garland is confirmed, he could tip the ideological balance to create the most liberal Supreme Court in 50 years."

In reviewing Garland's decisions, this Times piece placed Judge Garland to the left of Supreme Court Justice Elena Kagan, way to the left of Justice Stephen Breyer and minimally to the right of Justices Sotomayor and Ginsburg.

By their own accounts, the liberal media lied in describing Garland as a centrist.

And the more research one does, the bigger this lie appears.

In a column in The Wall Street Journal, Juanita Duggan, President and CEO of the National Federation of Independent Business, wrote that Garland is so anti-small business and so pro-big labor, that "This is the first time in the NFIB's 73-year-history that we will weigh in on a Supreme Court nominee."

What worries the NFIB, she explains, is that "in 16 major labor decisions of Judge Garland's that we examined, he ruled 16-0 in favor of the NLRB (National Labor Relations Board)."

Elsewhere in the Journal, the editorial board wrote that they can't think of a single issue on which Garland would vote differently from the four liberal Justices that already sit on the bench.

Tom Goldstein wrote in the SCOTUSblog that Garland favors deferring to the decision-makers in agencies. "In a dozen close cases in which the court divided, he sided with the agency every time."

Another source reads that "Judge Garland would be a reliable fifth vote on all of these legal issues."

Those are all the fundamental issues that divide the left from the right.

So, the entire left is lying about Judge Garland, who, for the record, seems like a truly decent man who possesses a first-class mind. They do so because getting a fifth left-wing vote and weakening the Republicans is far more important than truth.

And believe it or not, there is an even worse lesson here, namely the media's effectiveness in saturating society with its mendacious version of reality. Unless an American makes the effort to study the issue -- and most do not -- they take the news media's version as truth. The terrible lesson, which has been affirmed time and time again since the 1960s, is that a free society can experience brainwashing as effectively as a totalitarian state.

The reporting on Garland is that false.