Why I Am in Israel -- and Why You Should Be 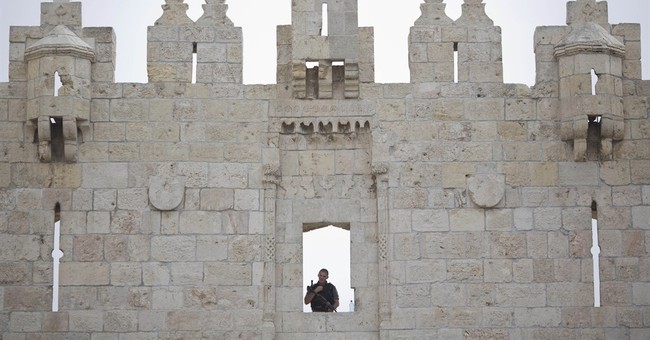 JERUSALEM -- I want to explain why I am in Israel.

I am in here with 450 American (and a German and a Canadian) listeners to my radio show. About 400 are non-Jews.

We are here on a "Stand with Israel" tour organized by the syndicator of my radio show, the Salem Radio Network, and I am accompanied by my wife, my producer Allen Estrin and his wife, and my radio colleague Mike Gallagher.

Here is one of the best answers I know: Visit Israel. And do so especially when there are terror attacks.

If every time there were a spate of attacks on Israel, few people canceled their trips to Israel. Or, if I may imagine a much better world than we live in, tourism to Israel actually increased, three huge things would be achieved.

First, Palestinians would get the message that there are many people outside of Israel who find the stabbings of Israeli Jews morally repulsive.

Second, Palestinians would have to weigh their emotional high from murdering Israelis against the economic benefit Israel would receive in increased tourism.

Third, Israelis would know they are not alone. When I came to Israel to broadcast my show during the worst of the suicide bombings of the Intifada in 2000, Israeli after Israeli would say to me, "Thank you for coming." (You can watch the documentary I made then.)

Israel's Western opponents who say they "support" or even "love" Israel but hate its prime minister, Benjamin Netanyahu, are lying to themselves, lying to the rest of us or both. Nothing would be different if the Israeli left had won the last election. For example, the chief opponent to Netanyahu, Isaac Herzog of the Labor Party, opposed the treaty with Iran as virulently as did Netanyahu.

On Earth, at this time in its history, there is not a more clear battle between the decent and the indecent than Israel's battle for survival against its enemies. In his speech before the United Nations General Assembly in September, Israel's prime minister concluded his speech (which, it should be sadly noted, was not even attended by the American ambassador to the United Nations under orders from the White House) with this truism:

"Israel is civilization's front line in the battle against barbarism."

Those who refuse to acknowledge that have chosen to be morally blind.

But if you do acknowledge that Israel is civilization's front line in the battle against barbarism, it behooves you to come to Israel now. You will do more good than you can do with almost any other single act -- while also having the time of your life.

You should also send your college-age son or daughter to Israel. Nothing can inoculate a young person against the morally distorted ideas he or she will be subjected to at virtually every American college as does a prolonged visit to Israel. Young people will not only come to realize how broken the university's moral compass is vis a vis Israel and the Middle East, but how broken it is in general, especially vis a vis America.

The truth is that a visit to Israel, even when there are terrorist attacks, is extraordinarily safe. A visitor's chances of getting hurt are minuscule. But to the extent there is the slightest danger -- well, we all have to decide how we want to live our lives in the few years we are granted.

And when it comes to fighting for good and against evil, we can either play it safe or we can we do good. Very rarely can we do both.