From Africa with Love 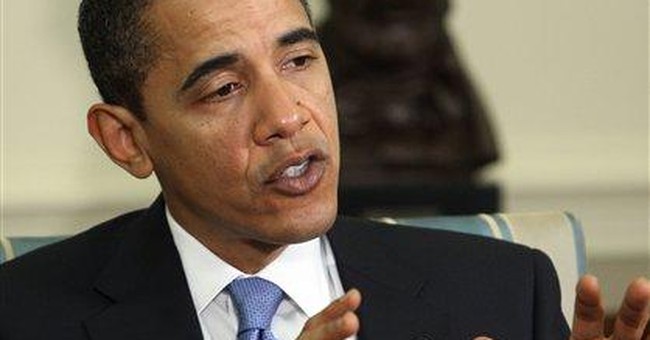 I had heard about how happy Kenyans and other Africans were about the election and inauguration of Americas first black president. But being here in Africa a week after President Barack Obamas inauguration makes happy seem almost trite.

Every African, of every social status, I have met in the last week -- in Kenya, Tanzania, and even in the remote Comoros -- has raised the issue of Barack Obama with me upon learning I am American. And every one expressed what comes close to euphoria.

We had all heard that in Kenya, the native country of Barack Obamas father, the presidents Inauguration Day was a national holiday. But that, apparently, was so elsewhere in Africa as well.

This in and of itself raises a fascinating question: why? Why, for example, did the remote African island of Mayotte, a French governed part of the Comoro Islands, make Barack Obamas Inauguration Day a national holiday? If, let us say, the child of an Italian or Jewish or Arab father had been elected president of the United States, would Italians, Israelis, or Arabs have reacted similarly? Would Italy or Israel or Egypt have declared Americas Inauguration Day a national holiday?

Certitude is unavailable here, but the odds are against any nation, let alone a continent of nations, reacting as Africans have to Barack Obamas election. My hypothesis is that this goes far deeper than ethnic or national pride. It goes to the depths of the psyche of the great majority of Africans/blacks in the world. Centuries of African slavery and the white racism that enabled it have taken their toll on the psyche of most black people both inside and outside of Africa.

The election of a man of black African heritage as president of a predominantly white nation, and one that also happens to be the most powerful nation in the world, is taken by blacks the world over to mean that their centuries of suffering under the racist yoke of implied inferiority are coming to an end.

This is especially felt in Africa itself because Africa is largely benighted. Though many African countries have now been independent for nearly half a century, Africa remains particularly poor, particularly corrupt, and particularly violent. Africans, of course, know this, and while Barack Obamas election will probably do nothing to end African poverty, corruption, or violence, it does seem to mark the end of the era of belief in black inferiority.

That may explain the odd statement made to me by Africans: They have told their sons that they can grow up to be like Barack Obama. I say odd because in Africa, of course a black child can grow up to be the president of his (or her) country. This statement can therefore only mean, Look, my son, we Africans, we blacks, can now do anything.

In its remarkably positive impact on blacks around the world, the Obama election has indeed been a blessing. It is also good for Americas image -- it marks the end of the routinely (and unfairly) made charge that America is a racist society.

But these blessings notwithstanding, there is one other fascinating question to be pondered: What, if any, will the relationship be between President Obamas policies and these two benefits? In other words, will blacks around the world continue to celebrate the ascendancy of a black man to the presidency of the United States of America even if he largely governs as mainstream white presidents did? And will Americas image continue to benefit from the election of a black man even if his foreign policy decisions are quite similar to his white predecessors? Or is the world more interested in America moving left in its foreign policy than in the color of its president?

In the meantime, it is fun being an American in Africa. Even when I admit -- which admittedly I only do when directly asked -- that I voted for the other guy, I get a big smile. Just for being an American at this moment in time.

We shall see if it matters in the long run. Im not sure it will.