Some Positive Reactions from the Right 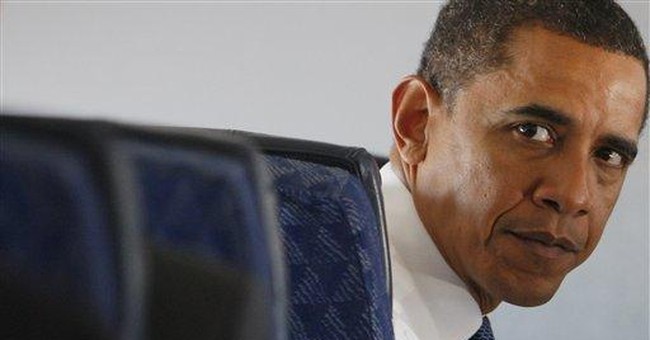 I spent a good part of the past year speaking and writing against the election of Barack Obama. During the last week of the campaign, my Salem Radio Network colleagues, Hugh Hewitt and Michael Medved, and I spoke on behalf of the McCain-Palin ticket in the Battleground states of Colorado, Minnesota, Ohio, Pennsylvania, and Florida.

One would expect that I would be devastated at Barack Obamas election -- as devastated as liberals were at the reelection of George W. Bush in 2004. I am not -- yet. Here are some reasons why:

1. Republicans won the election of 2004, an election that was more important to the future of America and the world than was this election. Had Sen. John Kerry won in 2004, America would have left Iraq in defeat and Islamists would have won their greatest victory ever. Millions of young Muslims would likely have seen in Islamic jihadism humanitys future and signed up for terror; and Iraq would have degenerated into genocidal chaos.

2. The election of a black president is good for blacks, good for whites, and therefore very good for America.

At least at this moment -- no one can predict the future -- many more blacks feel fully American, and fewer blacks regard white America as racist than ever before. One cannot attain a higher status than the American presidency, and a black man will now occupy that position. As the Hoover Institutions Shelby Steele wrote, this is the first time in history that a majority white nation elected a black as its leader.

Conservatives are not surprised. I have argued for decades that America is the least racist country in the world. By and large, only Americans on the right have believed, or at least had the courage to say, this. Now that fact is obvious to virtually anyone with eyes to see.

3. The Obama victory poses a serious challenge to liberalism and to the doctrine of black victimhood.

If fewer and fewer blacks perceive white Americans as racist, a major reason for black support for liberalism could lose its appeal to blacks. On the other hand, if liberalism continues to portray blacks as victims of white racism, more white Americans will regard liberalism as phony -- or worse, as stirring up racial tensions for political gain.

So the Obama victory puts liberals in a bind. They either acknowledge the reality of an essentially non-racist America and thereby alienate black and white liberals still committed to this proposition or they continue to play the America is racist card and alienate many whites.

The challenge the Obama victory poses to many blacks is that they will have to abandon ascribing black problems -- such as disproportionate amounts of violent crime and the highest rate of out-of-wedlock births in America -- to racism. Fewer and fewer white Americans will tolerate being blamed for problems within black life.

4. The Obama victory will bring clarity to Americas place in the world.

Now that America is apparently loved again, we shall see how this plays out beyond emotional rhetoric. Will Europe contribute significantly more troops to Afghanistan? Will Germany now allow its NATO troops to shoot at Taliban fighters (thus far they have been allowed to shoot only if shot at)? Will our allies and Russia and China place the needed sanctions on Iran to prevent it from developing a nuclear device? Or is Americas being loved irrelevant to how other countries behave?

5. Conservatives will be able to show how much more decently they act when they are out of power.

The treatment of President George W. Bush by liberals has been despicable, undeserved and unprecedented. We who oppose Barack Obamas policies will, hopefully, act in accordance with conservative values of decency. Hence my simple announcement on the day after the election: I did not vote for him. I did not want him to be president. But as of January 20, 2009, Barack Obama will be my president.

Barack Obama may have a successful presidency or a failed one. If he allows the left wing of the Democratic Party to set his agenda, it will be the latter. In the meantime, however, we can celebrate the aforementioned good of Barack Obamas election and pray for him and for our beloved country.