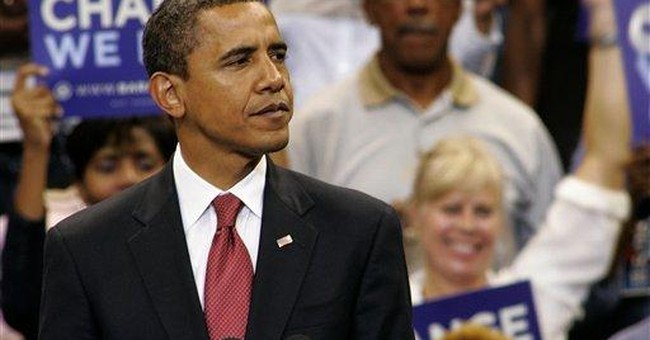 Today, Americans decide on whether, in the words of Barack Obama last week, to fundamentally transform the United States of America.

That is really what this election is about, even though most of those voting for Barack Obama do not want to fundamentally transform America. That is Barack Obamas and the Democratic Partys agenda.

Why then are so many people likely to vote for the U.S. senator from Illinois?

They all have their reasons. But aside from those who hold left-wing views, relatively few want America fundamentally transformed. This can be seen by analyzing the largest groups voting for Barack Obama:

1. People who vote Democrat no matter who the nominee is.

These are dyed-in-the-wool Democrats -- people who usually want more government in their lives, want bigger and stronger unions, dont trust Republicans, and/or have voted Democrat all their lives. Whatever their reasons for regularly voting Democrat, for most of these people, fundamentally transforming America is not one of them.

Black Americans regularly vote Democrat, but more will today than ever before. The possibility of a black president electrifies them in ways that no other minority group in America can fully relate to. Jews were happy and proud when Sen. Joe Lieberman, I-Conn., ran for vice-president in 2000. And Greek Americans felt similarly when Spiro Agnew and Michael Dukakis were candidates for national office. But little changed in Jewish or Greek Americans perceptions of themselves or of America.

For most blacks, however, the prospect of a black president symbolizes that they are truly part of America, and in one fell swoop helps undo the racist perception of black inferiority that more than a few blacks believe many whites hold. In short, it gives black Americans the thing all humans most yearn for -- respect from others and self-respect, i.e., dignity. Left-wing blacks, like left-wing whites, want America fundamentally transformed, but that is not the primary reason most blacks are so excited by an Obama victory.

According to all analyses of Hispanic voting, Hispanics vote increasingly Democratic because they perceive Republicans as hostile to them. Their social values are far more conservative than liberal, but the immigration issue is a far larger concern for most Hispanics. In fact, if Barack Obama were a conservative Democrat he would get even more Hispanic votes. So, with this group, too, fundamentally transforming America plays little or no role in the Hispanic vote for Barack Obama.

Single women of all colors and ethnicities vote Democrat. They do so primarily because many of them are financially dependent on the state, because they have no man to depend on, nor a husband who might influence them politically (married women are considerably more likely to vote Republican than single women). Whatever their reasons for voting for Barack Obama, transforming America is not one of them. They would vote for any Democrat.

Large numbers of young people are apparently passionately committed to Barack Obama. In their case, the senators youth, his being black, and his charisma are major factors. But for them, transforming America is particularly appealing. That is why Obama used these words before a college audience. Young people tend to think their elders have made a mess of the world and that they will transform it because they are smarter and more idealistic than those who lived before them. They do not know how hard it has been to make a country as great as America and have been educated to see its flaws far more clearly than its far greater virtues.

Leftists by definition want to fundamentally transform America. That is their primary reason for voting for Obama. His intelligence, charisma, and being black are only bonuses. Most important to the left is changing America. The farther left you go, the greater the disenchantment with America as it now exists and the greater the yearning to fundamentally transform it in the image of the vision they have for it.

If Barack Obama wins and he is given a Democratic-controlled Congress, the United States will indeed be transformed.

There will be, in Charles Krauthammers words, an unprecedented expansion of government power.

Economic growth will be slowed in favor of achieving economic equality.

Unions will be allowed to abolish secret ballots.

Serious attempts will be made to shut down the most effective opposition to the left -- talk radio.

The defense budget will be severely decreased.

Same-sex marriage will become national law as the Defense of Marriage Act is repealed and liberal judges rule that defining marriage as man-woman is unconstitutional.

Coal, nuclear energy, and new drilling will be discouraged and dependency on foreign oil will therefore rise while rationing of energy is instituted.

Companies will seek to do more and more business abroad as they become taxed more than in any other Western country.

Israel will be pressured to make peace.

America will leave Iraq whether or not Iraq is ready for us to do so, thereby increasing Islamic terror there and elsewhere.

Parents will have fewer years to instill their values in their children, as earlier and earlier education becomes the norm.

Judeo-Christian values, the founding values of America, will continue to recede in influence as America becomes more and more a secular-left country like those of Western European.

And when all this -- and much more -- transforms America, no one American will be able to argue they didnt know. Barack Obama promised it.