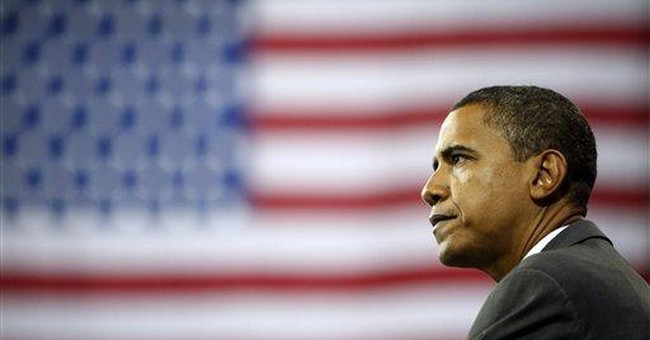 Seven weeks before the 2008 presidential election, liberals are warning America that if Barack Obama loses, it is because Americans are racist. Of course, that this means that Democrats (and independents) are racist, since Republicans will vote Republican regardless of the race of the Democrat, is an irony apparently lost on the Democrats making these charges.

That an Obama loss will be due to racism is becoming as normative a liberal belief as “Bush Lied, People Died,” a belief has generated intense rage among many liberals. But “Obama lost because of white racism” will be even more enraging. Rage over the Iraq War has largely focused on President George W. Bush and Vice President Dick Cheney. But if Obama loses, liberal rage will focus on millions of fellow Americans and on American society.

And it could become a rage the likes of which America has not seen in a long time, if ever. It will first and foremost come from within black America. The deep emotional connection that nearly every black American has to an Obama victory is difficult for even empathetic non-blacks to measure. A major evangelical pastor told me that even evangelical black pastors who share every conservative value with white evangelical pastors, including pro-life views on abortion, will vote for Obama. They feel their very dignity is on the line.

That is why the growing chorus -- already nearing unanimity -- of liberal commentators and politicians ascribing an Obama loss to American racism is so dangerous.

Jacob Weisberg of (set ital) Newsweek and Slate: (end ital) “The reason Obama isn't ahead right now is … the color of his skin. … If Obama loses, our children will grow up thinking of equal opportunity as a myth.”

Gerald W. McEntee, president of the American Federation of State, County and Municipal Employees, in a speech to union workers: “Are you going to give up your house and your job and your children's futures because he's black?”

Similar comments have been made by Kansas’s Gov. Kathleen Sebelius, a Democrat, and by writers in (set ital) Time (end ital) magazine. And according to The Associated Press: “A poll conducted by The Associated Press and Yahoo News, in conjunction with Stanford University, revealed that a fairly significant percentage of Democrats and independents may not vote for Sen. Barack Obama because of his race.” If you read the poll, it does not in fact suggest this conclusion. The pollsters assert that any person with any negative view of black life means that the person is racist and means that he would not vote for Obama. Both conclusions are unwarranted. But “Obama will lose because of racism” is how the poll takers and the media spin it.

Why do liberals believe that if Obama loses it will be due to white racism?

One reason is the liberal elite’s contempt for white Americans with less education -- even if they are Democrats.

A second reason is that it is inconceivable to most liberals that an Obama loss -- especially a narrow one -- will be due to Obama’s liberal views or inexperience or to admiration for John McCain.

The third reason is that the further left you go, the more insular you get. Americans on the left tend to talk only to one another; study only under left-wing teachers; and read only fellow leftists. That is why it is a shock to so many liberals when a Republican wins a national election -- where do all these Republican voters come from? And that in turn explains why liberals ascribe Republican presidential victories to unfair election tactics (“Swift-boating” is the liberals’ reason for the 2004 Republican victory). In any fair election, Americans will see the left’s light.

If Obama loses, it will not be deemed plausible that Americans have again rejected a liberal candidate, indeed the one with the most liberal voting record in the U.S. Senate. Liberals will explain an Obama defeat as another nefarious Republican victory. Combining contempt for many rural and middle-class white Americans with a longstanding belief in the inevitability of a Democratic victory in 2008 (after all, everyone they talk to despises the Republicans and believes Republicans have led the country to ruin), there will be only one reason Obama did not win -- white racism.

One executive at a black radio station told me when I interviewed him on my radio show at the Democratic National Convention that he could easily see riots if Obama loses a closely contested election. Interestingly, he said he thought blacks would be far more accepting of a big McCain victory.

I pray he is wrong on the first point. But it does seem that liberals are continuing to do whatever they can to increase anger at America, or at least at “white America.” For 40 years, liberals have described the most open and tolerant society on earth as racist and xenophobic. If Barack Obama loses, the results of this liberal depiction of America may become frighteningly apparent.