Why I Am Not a Liberal 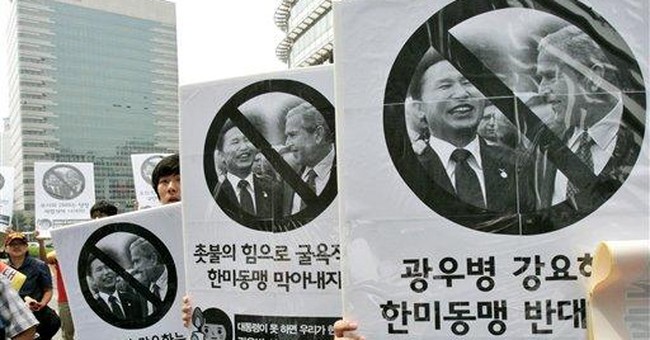 The following is a list of beliefs that I hold. Nearly every one of them was a liberal position until the late 1960s. Not one of them is now.

Such a list is vitally important in order to clarify exactly what positions divide left from right, blue from red, liberal from conservative.

I believe in American exceptionalism, meaning that (a) America has done more than any international organization or institution, and more than any other country, to improve this world; and (b) that American values (specifically, the unique American blending of Enlightenment and Judeo-Christian values) form the finest value system any society has ever devised and lived by.

I believe that the bigger government gets and the more powerful the state becomes, the greater the threat to individual liberty and the greater the likelihood that evil will ensue. In the 20th century, the powerful state, not religion, was the greatest purveyor of evil in the world.

I believe that the levels of taxation advocated by liberals render those taxes a veiled form of theft. "Give me more than half of your honestly earned money or you will be arrested" is legalized thievery.

I believe that government funding of those who can help themselves (e.g., the able-bodied who collect welfare) or who can be helped by non-governmental institutions (such as private charities, family, and friends) hurts them and hurts society.

I believe that the United States of America, from its inception, has been based on the Judeo-Christian value system, not secular Enlightenment values alone, and therefore the secularization of American society will lead to the collapse of America as a great country.

I believe that some murderers should be put death; that allowing all murderers to live does not elevate the value of human life, but mocks it, and that keeping all murderers alive trivializes the evil of murder.

I believe that the American military has done more to preserve and foster goodness and liberty on Earth than all the artists and professors in America put together.

I believe that lowering standards to admit minorities mocks the real achievements of members of those minorities.

I believe that when schools give teenagers condoms, it is understood by most teenagers as tacit approval of their engaging in sexual intercourse.

I believe that the assertions that manmade carbon emissions will lead to a global warming that will in turn bring on worldwide disaster are a function of hysteria, just as was the widespread liberal belief that heterosexual AIDS will ravage America.

I believe that marriage must remain what has been in every recorded civilization -- between the two sexes.

I believe that, whatever the reasons for entering Iraq, the American-led removal of Saddam Hussein from power will decrease the sum total of cruelty on Earth.

I believe that the trial lawyers associations and teachers unions, the greatest donors to the Democratic Party, have done great harm to American life -- far more than, let us say, oil companies and pharmaceutical companies, the targets of liberal opprobrium.

I believe that nuclear power, clean coal, and drilling in a tiny and remote frozen part of Alaska and offshore -- along with exploration of other energy alternatives such as wind and solar power -- are immediately necessary.

I believe that school vouchers are more effective than increased spending on public schools in enabling many poorer Americans to give their children better educations.

I believe that while there are racists in America, America is no longer a racist society, and that blaming disproportionate rates of black violence and out-of-wedlock births on white racism is a lie and the greatest single impediment to African-American progress.

I believe the leftist takeover of the liberal arts departments in nearly every American university has been an intellectual and moral calamity.

I believe that a good man and a good marriage are more important to most women's happiness and personal fulfillment than a good career.

I believe that males and females are inherently different. For example, girls naturally prefer dolls and tea sets to trucks and toy guns -- if you give a girl trucks, she is likely to give them names and take care of them, and if you give a boy trucks, he is likely to crash them into one another.

I believe that when it comes to combating the greatest evils on Earth, such as the genocide in Rwanda, the United Nations has either been useless or an obstacle.

I believe that, generally speaking, Western Europe provides social and moral models to be avoided, not emulated.

I believe that America's children were positively affected by hearing a non-denominational prayer each morning in school, and adversely affected by the removal of all prayer from school.

I believe that liberal educators' removal of school uniforms and/or dress codes has had a terrible impact on students and their education.

I believe that bilingual education does not work, that for the sake of immigrant children and for the sake of the larger society, immersion in the language of the country, meaning English in America, is mandatory.

I believe that English should be declared the national language, and that ballots should not be printed in any language other than English. If one cannot understand English, one is probably not sufficiently knowledgeable to vote intelligently in an English-speaking country.

Finally, I believe that there are millions of Americans who share most of these beliefs who still call themselves "liberal" or "progressive" and who therefore vote Democrat. They do so because they still identify liberalism with pre-1970 liberalism or because they are emotionally attached to the word "liberal."

I share that emotion. But one should vote based on values, not emotions.