A Real Doc Fix: Entitlement Reform without a Tax Increase 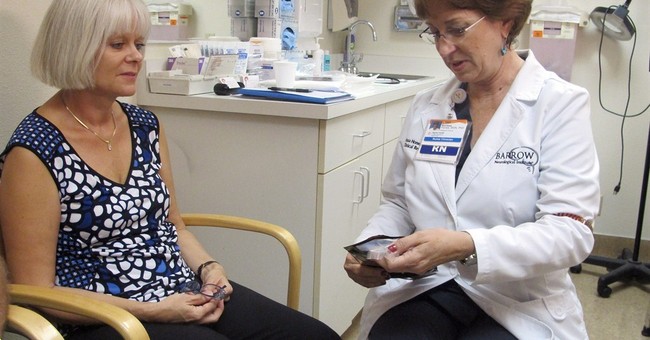 The House of Representatives had a unique opportunity this week to vote for real entitlement reform, without having to swallow a tax increase. That’s a win.

Almost two decades ago, Congress enacted a program called the Sustainable Growth Rate (SGR). It was designed to ratchet down the rates doctors charge Medicare for various procedures. Controlling costs in Medicare is critical to achieving a balanced budget. But like all price control schemes, SGR as a means to achieve real savings has failed. Fearing that doctors would stop accepting new Medicare patients because of drastic cuts in reimbursement rates, Congress has repeatedly suspended SGR by passing an annual “Doc Fix.”

To make matters worse for those of us who care about a balanced budget, the must-pass annual “Doc Fix” had often been a magnet for additional spending as some members of Congress demand more government giveaways in exchange for their vote. Ironically SGR may have actually increased government spending and made it harder for us to ever reach a balanced budget.

At last Congress seems poised to finally end this dysfunctional pattern and eliminate SGR. Conservative organizations like Americans for a Balanced Budget and the National Taxpayers Union have endorsed a vote this week to eliminate SGR permanently in exchange for a number of real structural reforms that conservatives have been urging for decades. Writing in National Review, Quin Hillyer points out that “[s]ome of those reforms bring market forces into play . . . [o]thers tighten eligibility rules to achieve savings, and others are likely to catch and block some attempts at Medicare fraud.” These reforms will save billions in the next decade and continue in perpetuity. Unlike the phony “pay-fors” that usually accompany the annual “Doc Fix”, these changes will actually reduce cost to Medicare.

The reforms that will be voted on this week are not the entire answer. Eventually free market mechanisms, like those conservatives insisted upon in Medicare Part D’s very successful Prescription Drug Program, need to be incorporated into the entire Medicare program. But this week’s reforms are an excellent start. The National Taxpayers Union is right to call it “a bold step.”

Americans for a Balanced Budget is not just talking, it is acting. We have launched a radio campaign in eight states urging Members of Congress to take advantage of this unique opportunity to embrace the beginning of real entitlement reform. Repealing SGR and returning to more honest budgeting that reveals the true cost of Medicare will set the stage for further Medicare reform.

America’s growing debt will cripple opportunity for our children and grandchildren. We need to balance the budget. Getting Medicare under control is a big part of achieving that goal. Voting YES this week is one place to start.