Trump, Manafort and the Company They Keep

Debra J. Saunders
|
Posted: Aug 19, 2018 12:01 AM
Share   Tweet
The opinions expressed by columnists are their own and do not necessarily represent the views of Townhall.com. 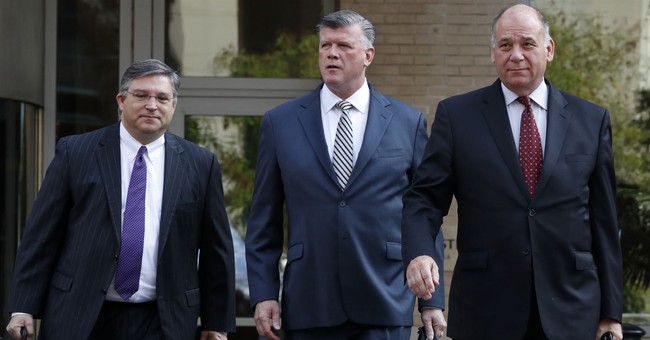 Gates is the 46-year-old former right-hand man to Manafort, who, in exchange for a lesser sentence, testified against his former boss during the first jury trial resulting from Special Counsel Robert Mueller's probe into Russian interference in the 2016 election. Jury deliberations began Thursday morning.

The multiple tax and bank fraud charges Manafort faces have nothing to do with his short tenure as Trump's campaign chairman. Nor do they have anything to do with Gates' work on the Trump campaign that continued after Manafort's departure.

They concern Manafort's attempts to hide the tsunami of cash he made advising Ukraine President Viktor Yanukovych through 2014 to avoid paying taxes and his efforts to procure million-dollar loans in 2015 and 2016 when the Ukraine money dried up.

Gates testified about his role in steering money into 31 overseas bank accounts, Manafort's directives to hide income to avoid paying taxes, as well as Manafort's pursuit of million-dollar loans when the foreign money ceased to flow.

Manigault Newman, of course, is the former contestant on Trump's reality TV show "The Apprentice," whose first name, Omarosa, became a household word before Trump hired her to a high-level White House position.

Chief of staff John Kelly fired Manigault Newman in December in the White House Situation Room -- a dismissal she secretly recorded and aired last weekend to kick off the release of her tell-all memoir, "Unhinged," which portrays the president as racist and addled.

Trump responded with multiple tweets in which he put down Manigault Newman as "vicious, but not smart," "wacky" and a "dog." Once again, Trump's lack of self-control on social media boosted the profile of a C-list critic.

Trump's Twitter tantrum also served to remind voters that he put his one-time protege on the people's payroll.

Likewise, when Manafort's defense attorneys berated Gates as the lowest form of liar, many courtroom observers could not help but suspect that Manafort entrusted Gates to handle sensitive financial paperwork precisely because the big-spending political adviser expected his right-hand man to help him evade taxes and win approval for loans that banks otherwise could be expected to deny.

There are honest business people who have hired unscrupulous employees who betrayed them in unexpected ways. Maybe jurors will decide that Paul Manafort is one such person.

Unfortunately for Manafort and Trump, however, their staff choices gone wrong do not appear to have been flukes.

The president's long-time personal attorney, Michael Cohen, also a target of the Mueller probe, secretly taped a 2016 conversation during which Trump and he discussed paying off a Playboy model who said she had an affair with the then GOP nominee. Trump later complained on Twitter that it was "inconceivable that a lawyer would tape a client."

In May 2017, Trump himself hinted that he may have secretly audiotaped conversations with James Comey, whom he had just fired as FBI chief.

And Trump hired Manafort, whose attorneys are so deeply disappointed in the ethics of Rick Gates.

After a while, observers cannot help but notice that when watching the White House or Manafort trial, the person pointing a finger at others should not have been shocked at subordinates' wayward behavior. It's not an accident. It's a pattern.