Chow Verdict Is an Indictment of the Feds

Debra J. Saunders
|
Posted: Jan 12, 2016 12:01 AM
Share   Tweet
The opinions expressed by columnists are their own and do not necessarily represent the views of Townhall.com. 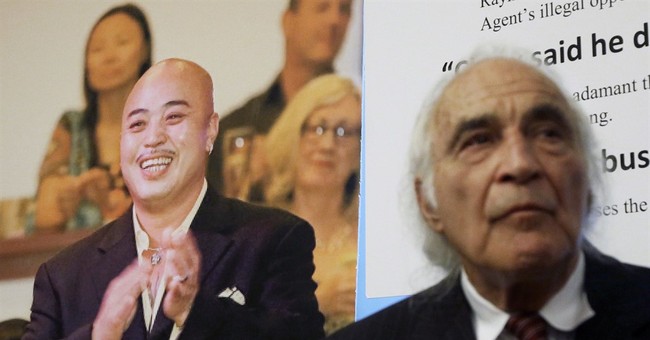 Trending
The verdict is in. On Friday, jurors found 56-year-old Raymond "Shrimp Boy" Chow guilty on all 162 charges against him, including murder, conspiracy to murder, racketeering, trafficking in stolen goods and 154 counts of money laundering. Though the FBI and U.S. attorney's office may feel vindicated by the verdict, the guilty verdict also serves as an indictment of the federal criminal justice system's standard operating procedure. It was the feds, after all, who chose to let Chow out of prison despite his long criminal career.

In 2003, the feds freed Chow, who was serving a 160-month sentence on racketeering charges involving murder for hire, conspiracy to distribute heroin and arson after he testified against a fellow gang leader who had fled to Hong Kong. It was an odd decision for a bizarre deal -- free a violent offender in order to imprison another violent offender who had left the United States and had no reason to come back. Chow also had previous state felony firearms convictions -- yet federal prosecutors released him from prison despite the risk that he might reoffend.

If the FBI thought Chow was an asset in 2003, surely they reconsidered in 2006 when, according to a federal criminal complaint, the San Francisco Police Department and FBI surveilled Chow's swearing-in to replace murdered Ghee Kung Tong "dragonhead" Allen Leung. (Jurors found Chow guilty Friday of Leung's murder.) If the feds could not deport Chow, a Chinese citizen, surely they could have tried to show that he violated the plea agreement, which one would hope would forbid him to break the law. Instead, Chow remained free to serve as the head of the long-established tong, which he ran as a criminal organization.

Later, authorities conducted a very expensive and very long (five-year) investigation. A large percentage of the $1.088 million of the operation's out-of-pocket expenses went to pricey restaurants and top-drawer beverages, spending that enabled undercover agent "Dave Jordan" to appear as a big shot.

The long, expensive investigation led to charges against 27 co-defendants, including California state Sen. Leland Yee, who was accused of conspiracy to traffic firearms. The Yee indictment turned the arrests into a national story that seemed to justify the time and money the government spent. The firearms charge, however, did not hold, and Yee ended up pleading guilty to a charge of racketeering.

Jurors also found Chow guilty of conspiring to murder Jim Kat Tong -- who was found shot dead with his wife in Mendocino, California, in 2013. Please note that Chow apparently conspired to kill Tong while the FBI was wining, dining and slipping him envelopes of cash -- and while he was wearing an ankle bracelet. Prosecutors taped conversations of "Jordan" slipping cash to Chow. If the FBI had moved faster and hadn't been engaging in a fishing expedition for big-name co-defendants, Chow could have been behind bars in 2013. Federal law enforcement seemed so determined to present a high-profile case that it didn't put public safety first. Fortunately for the law enforcement professionals who participated in this debacle, willful incompetence is not a crime.