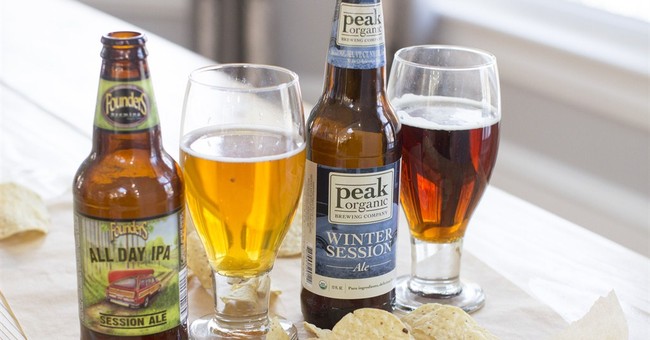 San Francisco's board of supervisors is considering a proposal to allow 16- and 17-year-olds to vote in some city elections, showing how desperate the left wing of the city's left wing is to retain their ebbing power in City Hall. Clearly Supervisor John Avalos and ally Supervisor Eric Mar fear they need to register minors to win elections.

Of course, I don't like the idea. I think only adults -- who presumably assume responsibilities -- should vote. Registering teenagers, who for the most part don't really understand money, is a recipe for folly. Avalos thinks the board of supervisors will pass his measure and put it before the voters. I think San Francisco voters are too grounded to fall for this trap.

The San Francisco Youth Commission resolution that spawned the Avalos measure argues that 16-year-olds can drive, work, pay taxes and may be charged as adults for certain crimes. Young people have a special interest in city government, Avalos argues, as they attend public schools or use other city services.

On a conference call with Avalos, Youth Commission Director Adele Failes-Carpenter, 32, told me, "Age 16 has a special significance in our culture and our society." She cited research that suggests 16-year-olds can "make logical decisions" about politics if given the time to assess an issue. Kids under 18 already make contributions to city policies, she added, so the city should "extend the right to vote to 16- and 17-year-olds."-

I agree that government should extend that franchise to 16- and 17-year-olds -- and it does when 17-year-olds turn 18.

When Failes-Carpenter told me about the good-as-21-year-old decision-making of 16-year-olds, I had to ask: Does that mean it should be legal for 16-year-olds to buy cigarettes? Alcohol? I never even made it to my third item, firearms.

Avalos was appalled at my question. Failes-Carpenter talked about the youth commission's work to restrict tobacco sales. Undaunted, I countered. But if 16-year-olds are such good decision-makers, shouldn't they be able to decide whether or not to smoke and drink? Avalos informed me that smoking and voting are two different issues and that expanding voting rights should not spill over to other activities. To say that someone should have the right to vote, Avalos assured me, "It's very different from saying someone is adult."

Failes-Carpenter added: "San Francisco has been losing young people, has been losing families," She wants teens to be "involved in crafting solutions." The resolution notes that there were 8,000 fewer school-age children in San Francisco in 2013 than in 2000. She sent me a link to a Politico piece, "Why the voting age should be 17," by Peter Levine of Tufts University's College of Citizenship and Public Service. (Note: He didn't say 16.) One sentence jumped out at me: "If the government affects you, you get to vote."

Hmm, methinks, I work in Francisco. I pay taxes in San Francisco -- as well as the pesky 10-cent bag fee. I drive in San Francisco. I use city services -- and would like to see more public sanitation. If I am charged with a crime, I will be charged as an adult. But just because I live in the East Bay, I cannot vote in San Francisco. If it is fair for teens to vote because city government affects them, why isn't it fair for me to vote, too?

If county supes want to expand the voter franchise -- in part to stanch the exodus of families with school-age children -- what better way to achieve that end than to extend the right to vote to adults who work in the city and keep the economy humming?

"We're talking about people who live in the city, go to school" in the city, Avalos responded. In my mind that population consists mostly of: (a) affluent people who can afford to live well in the city, (b) folks who moved here years ago when the city was more affordable and (c) people so besotted with the city that they are willing to live in close quarters and dodgy neighborhoods. People who don't fit into those groups and have different priorities -- maybe they don't want to pay high rent to live in a flat on a street that reeks of urine -- leave. The result for Ess Eff is quirky self-reinforcing politics dominated by locals who often don't want the city to change.

To me, that's democracy -- and it includes the right to be wrong-headed. People have a choice to stay in San Francisco and love it, stay and try to change it, or move elsewhere and vote in a burg that better reflects their values.

Even still, having chased away a healthy chunk of young parents, Ess Eff can count on voters to exercise enough common sense that Avalos and company apparently have to tinker with the electorate to keep their slipping hold on city hall. They are so giddy they don't see where their argument could lead. "If the government affects you, you get to vote." Great idea. Where do I sign?