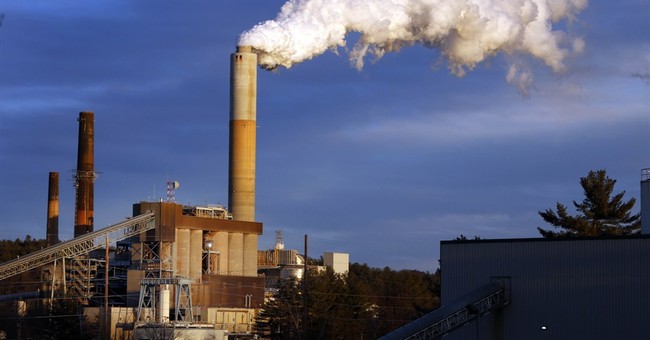 "I am under 'investigation,'" professor Roger Pielke Jr. of the University of Colorado Boulder posted on his blog Wednesday.

The top Democrat on the House Committee on Natural Resources, Rep. Raul Grijalva of Arizona, sent a letter to university President Bruce Benson that asked the school to provide its financial disclosure policies and information on how they apply to Pielke, as well as any drafts and communications involving Pielke's testimony before Congress between Jan. 1, 2007, and Jan. 31, 2015.

In 2013, Grijalva explained, Pielke told the Senate that it is "incorrect to associate the increasing costs of disasters with the emission of greenhouse gases." Grijalva is a fervent believer in climate change. Pielke is a believer, as well. He has defended the Intergovernmental Panel on Climate Change report and supports a carbon tax. But Pielke doesn't buy all the hype -- hence his testimony that challenged the catastrophic-weather argument. For that, Grijalva wants to give Pielke the full treatment -- a full financial and documentary probe.

Without the agreement of Rep. Rob Bishop of Utah -- who is the committee's chairman -- the ranking Democrat asked for documents from six other academics, including my old pal Steve Hayward at Pepperdine University's School of Public Policy, who have challenged global warming orthodoxy. Grijalva is fishing on one side of the pond only.

Climate change true believers always say they want to keep politics out of science, but they cannot help themselves.

Pielke calls it a "politically motivated 'witch hunt'" designed to intimidate a point of view. What prompted the probe? On Feb. 21, The New York Times reported that Harvard-Smithsonian Center for Astrophysics scientist Wei-Hock "Willie" Soon, a global warming skeptic, had received more than $1.2 million from the fossil fuel industry but failed to disclose his funding in journals that published his work. So Grijalva apparently decided to interrogate others presumed guilty by association of belief.

When partisans want to silence those with whom they disagree, they often concoct a host of phony reasons to convince themselves and others that they really aren't trying to bully anyone into submission. In that spirit, Grijalva cited the Soon story as he claimed, "I have a constitutional duty to protect public lands." And: "My colleagues and I cannot perform our duties if research or testimony provided to us is influenced by undisclosed financial relationships."

It's almost funny when you consider that congressmen usually claim that campaign contributions have no influence whatsoever on their voting record. If the Arizona representative thinks money buys allegiance in academia, imagine what it could buy on Capitol Hill.

Boulder Provost Russell Moore backs Pielke up when he says he never has received a dime of fossil fuel money -- just government grants.

I object to the Democrat's apparent presumption that any global warming skeptic is likely to be driven by oil money, whereas climate change enthusiasts have nothing to gain financially. To the contrary, David Legates of the University of Delaware College of Earth, Ocean, & Environment, who is skeptical of climate change predictions of catastrophe, told me that he realized years ago that his independent position means that he should not accept corporate money for research or speaking fees.

"There's a lot more money to be made by saying the world is coming to an end than to say that this is a bunch of hooey," Legates, another scientist on Grijalva's little list, once told me. Scientists who reinforce catastrophic predictions continue to get fat government grants. As for Legates, his apostasy forced him out of his post as Delaware state climatologist.

There has been some blowback -- read: tweets and lukewarm quotes -- from the "consensus" climate change community at Grijalva's heavy-handed ways. Those mild objections are tame compared with the message that has been sent to academia: Anyone who disagrees with climate change absolutists should be prepared to hear, "Your papers, please."

Pielke already has backed down. He wrote on his blog, "The incessant attacks and smears are effective, no doubt, I have already shifted all of my academic work away from climate issues. I am simply not initiating any new research or papers on the topic and I have ring-fenced my slowly diminishing blogging on the subject. I am a full professor with tenure, so no one need worry about me -- I'll be just fine as there are plenty of interesting, research-able policy issues to occupy my time. But I can't imagine the message being sent to younger scientists. Actually, I can: 'when people are producing work in line with the scientific consensus there's no reason to go on a witch hunt.'"

Me, I am no scientist. I'm just an observer who expects academic disagreements to be settled after passionate debate and civil discourse. What I see instead is an inquisition from the side that considers its biggest selling point to be the fact that it represents the scientific "consensus." Once again, this is how they build their "consensus" -- by the heavy-handed use of political muscle and brute intimidation.

Minnesota Officials: Organized 'Protestors' From Out-of-State Are Flocking to These Riots
Beth Baumann
Minnesota Gov. Authorizes the State's Full National Guard to Deploy to the Twin Cities
Beth Baumann
Atlanta Mayor Breaks From the Dem Pack and Denounces Riots In Her City
Beth Baumann
No, Rioters Weren't Satisfied with Officer Chauvin's Arrest. Here's What they Wanted.
Cortney O'Brien
With Roberts' Vote, SCOTUS Shoots Down Challenge on Church Services Limits During Coronavirus Lockdown
Matt Vespa
Why Trump Blasted the DC Mayor for the Riots Outside the White House
Beth Baumann