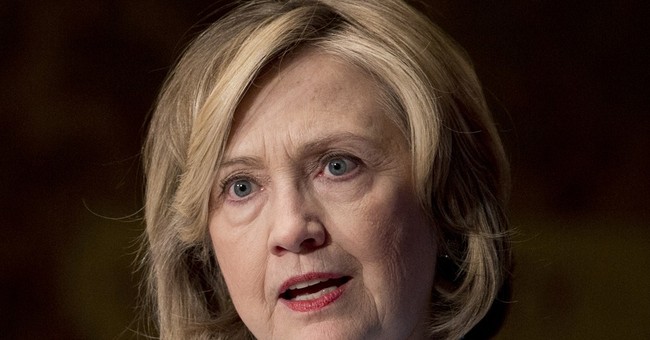 Trending
On Tuesday, Hillary Clinton addresses the Watermark Silicon Valley Conference for Women. The former first lady, U.S. senator and secretary of state comes to the Bay Area at a time when I hear more people, on the left and the right, cringing at the prospect of Clinton's heading the Democratic ticket next year -- and, worse, squaring off against Jeb Bush in a Bush-Clinton rerun. To many, a Clinton nod has the grim inevitability of death and taxes.

Still, Clinton is a fit keynote speaker for a conference that boasts the theme "Lead On." According to a press release, the event "will feature one-of-a-kind discussions among thought leaders and industry experts about how women can rise to the top of their organizations; insight and expertise about navigating career and life transitions, and interactive sessions offering practical advice to help create and grow positive personal experiences outside the workplace." For even if she failed to win the White House in 2008, Clinton surely has crashed the glass ceiling.

It was less than a year ago that Clinton complained that she and President Bill Clinton were "dead broke" when they left the White House in 2001. Now she is primed to serve as the Democrats' Mitt Romney. Since 2001, the Bill, Hillary & Chelsea Clinton Foundation has raised close to $2 billion. Last week, The Wall Street Journal reported that at least 60 companies that lobbied the State Department when she was secretary -- including Exxon Mobil, Chevron and Wal-Mart -- donated more than $26 million to the foundation, as well as $3.2 billion to philanthropic projects set up by the Clinton Global Initiative.

The Washington Post reported "substantial overlap between the Clinton political machinery and the foundation." A third of donors that gave more than $1 million are foreign governments. As the Post reported, the role of interests in such countries as Saudi Arabia, Qatar and Argentina may spur questions about Clinton's independence should she become commander in chief.

Last year, Politico reported, the foundation raised $145 million while spending $8.5 million on travel. No one expects the Clintons to fly Southwest or live in a ranch house. Or even one house. But as The Wall Street Journal's Kimberley Strassel observed, "most family charities exist to allow self-made Americans to disperse their good fortune to philanthropic causes. The Clinton Foundation exists to allow the nation's most powerful couple to use their not-so-subtle persuasion to exact global tribute for a fund that promotes the Clintons."

The foundation even sucks up money from state university trusts. When Hillary spoke to UCLA last year, she charged $300,000 -- payable to the foundation. When the school asked for a lower fee because it's a public university, The Washington Post discovered, Team Clinton explained that 300K was the "special university rate."

Mitt Romney got into the private sector to make money -- and the left slammed him for it when he ran for the White House. Do Democrats think voters are going to watch the Clintons living large but decide it's better when the Clintons cash in because they owe it all to public service?