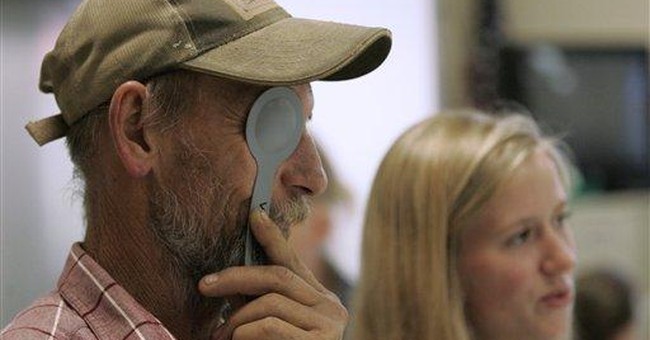 Inside the House and Senate health care bills lurks a ticking time bomb -- a new federal entitlement, under the Community Living Assistance Services and Supports (CLASS) Act, which would allow Americans to buy into a voluntary federal long-term care insurance program.

The main problem, as Josh Gordon, policy director for the fiscal-watchdog group the Concord Coalition, noted is that CLASS, which has passed "below the radar" of most Americans, is a poorly designed "gimmick."

While Washington would start collecting CLASS premiums in 2011, CLASS would not pay benefits for five years. So, because it charges for 10 years but only pays out in five, CLASS appears to be a deficit-cutter in the health care bill's 10-year budget window.

Paul Van de Water, a senior fellow for the left-leaning Center on Budget and Policy Priorities, which supports CLASS, noted that the five-year waiting period will keep people from enrolling for immediate benefits.

Besides, because Congress is "very sensitive" to the criticism that it used CLASS to keep the health care bill from adding to the deficit over 10 years, Van de Water told me, both houses passed bills that balance without the CLASS windfall.

OK, but I fear the joint conference committee's final version won't be balanced without the CLASS money. And even if the final health package does balance, CLASS will start running in the red 10 years after it starts writing checks, according to Richard S. Foster, chief actuary for Medicare and Medicaid.

Beneficiaries could use CLASS payments to help pay not only for institutional long-term care, but also for in-home care. Now, I know I'll get e-mails from readers who argue that it is cheaper for mom to live with them than in a nursing home. But as the Concord Coalition warned, because CLASS "pays for a panoply of desirable home-care benefits, but fails to provide adequate oversight, it also invites moral hazard." And because "just about anyone who can possibly qualify will want to collect these benefits," the Concord Coalition warns of "induced demand -- or what is sometimes called the 'out of the woodwork' phenomenon."

But wait -- there's more not to like. Congressional Budget Office Director Doug Elmendorf estimates that, other than students and low-income workers who qualify for a subsidized $5 monthly premium, workers would pay an average of $146 per month under the House bill, which covers nonworking spouses, and $123 under the Senate bill. The bills invite employers to deduct premiums unless employees opt out.

Foster, however, believes an average premium of $240 per month would be required to cover costs -- a price tag that likely would drive away all but the chronically ill.

As Foster wrote, "In general, voluntary, unsubsidized and non-underwritten insurance programs such as CLASS face a significant risk of failure as the result of adverse selection by participants." Foster sees "a very serious risk" that the CLASS Act will become "unsustainable."

Some call it a "death spiral" -- higher premiums chase away healthy consumers and remaining customers drive prices ever upward.

CLASS could be the next new unsolvable headache my generation passes on to the next.