Time to Restore Federalism Not the Wire Act

David Williams
|
Posted: Jun 09, 2017 12:01 AM
Share   Tweet
The opinions expressed by columnists are their own and do not necessarily represent the views of Townhall.com. 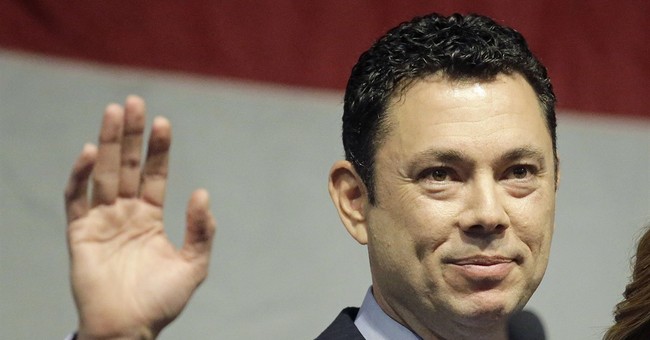 A bill with the word “Restore” in the name should be about restoring something. But the Restoration America’s Wire Act (RAWA) is an excellent example of how a bill’s name can be misleading.

RAWA co-sponsor Rep. Jason Chaffetz (R-Utah) claims on his website that it is about “restoring the long-standing interpretation of the [Federal] Wire Act” which “has enjoyed bipartisan support from the public, their representatives and from the attorneys general of most states.” Chaffetz is trying to insist that if you disagree with this, you are outside of a consensus that is deep and wide. You can see the problem in his word choice, though. Let’s not restore the Act itself, but rather restore an “interpretation” of the Act. He slaps “long-standing” on the front of it and hopes you won’t notice.

Why the rhetorical gymnastics? Because the Wire Act itself, the one that Rep. Chaffetz and company claim to be restoring, was never written to apply to the medium that he wants it to – the Internet – and was certainly never meant to apply in the way that their claimed restoration might – that is, by throttling most Internet-based gaming in the U.S. from domestic providers.

If you don’t believe the Taxpayers Protection Alliance, former Attorney General Robert F. Kennedy asked for the Act in the first place. He testified before Congress that the purpose of the legislation was “to assist the various States in enforcement of their laws pertaining to gambling and bookmaking.”

So there you have it: To assist the states in enforcing their laws related to gambling was the intent of the legislation. Not to provide a one-size, top-down solution to a problem that may not even exist, which is the approach of the Act now claiming to restore the Wire Act.

One reason why some congressmen may want to restore the Wire Act right out of existence is that states are envious of the revenues generated by others who have decided to allow online gambling.

A recent article in TG Daily noted that, “Ecommerce generates a lot of capital for the State through its taxes. State governments that have refused to [allow and] regulate online poker are cash strapped compared to those that have legalized it. In other words, the current set up is now working exactly as the Wire Act was intended, with no updating necessary. States that want to license and benefit from Internet gambling can do so. States that don’t want to don’t have to.”

Of course, if they opt for prohibition of gaming, they pay a price in the form of lost tax revenues. Some of those states also wind up cash strapped as a result of that and many other choices. And, once a state is looking for ways to balanced their budget, they will increase taxes, not cut spending.

States still wavering on what to do can look to these different “laboratories of democracy,” as Supreme Court Justice Louis Brandeis once put it, and make an informed call.

It makes no sense that some members of Congress are trying to quash this freedom and weaken federalism. It makes even less sense that Rep. Chaffetz is pushing this legislation considering that in 2010, the Deseret News reported that “’[s]uccessful federal government by its very nature should be focused and limited,’ Chaffetz said. ‘Washington cannot possibly develop solutions that are the best fit for all 50 states. Each state has its own unique priorities, demographics, economy, strengths and weaknesses. That's why we need to allow states to have more control over policy making and implementation.’"