David Williams
|
Posted: Apr 14, 2016 12:01 AM
Share   Tweet
The opinions expressed by columnists are their own and do not necessarily represent the views of Townhall.com. 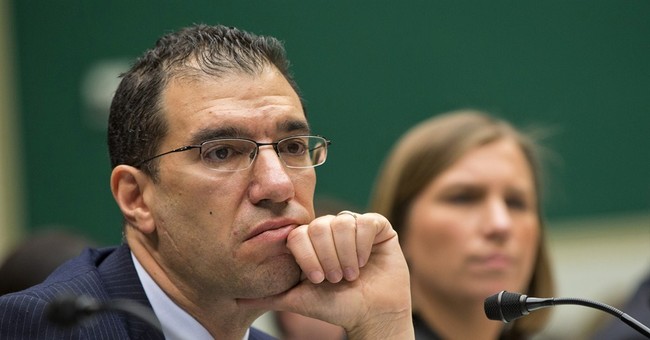 The House Energy and Commerce Subcommittee on Oversight and Investigations will hold a hearing on April 15th to address yet another failure of Obamacare: the bailing out of insurance companies through the reinsurance program. Created to financially protect insurers during the early years of the implementation of the legislation, the Transitional Reinsurance Program established by the Affordable Care Act requires the Centers for Medicare and Medicaid Services (CMS) to deposit a certain portion of fees, $5 billion to be exact. The fee was to be collected by the Treasury for deficit reduction, but for the past two years, much of that has been illegally paid out to health insurers instead.

It’s no surprise that Obamacare has been riddled with setbacks and broken promises. When the law was enacted, the President assured Americans that patients would come first and health insurers would be held accountable for providing affordable coverage, but the reality is quite the opposite. Patients don’t come first when it comes to Obamacare, insurance companies do.

In the past few years, Americans have seen competition eliminated, premium rates increase and networks narrow, all resulting in less comprehensive insurance coverage at a higher price. A trend that should perhaps come as no surprise given these problems, a recent analysis by the Kaiser Family Foundation confirmed that between 2004 and 2014, the average out-of-pocket costs for workers covered by their employer’s health plan rose considerably faster than the payments insurers had to cover, showing a decade of increasing costs on consumers.

Overall, Obamacare has become costly and confusing for consumers to sort through, but the biggest disappointment comes from the fact that the administration and health insurance industry continue to protect each other. If this wasn’t clear before, the illegal actions by CMS surrounding the reinsurance program should provide enough clarity.

Despite the concise language of the law, CMS has continued to divert funds intended for the U.S. Treasury to pay out health insurers, skirting the taxpayers of money that was promised to go towards deficit reduction. Instead, over the past two years $3.5 billion has gone towards Obamacare’s greatest beneficiary-insurance companies. Not only does this action represent a blatant disrespect for taxpayers and the law, but it also reveals a disturbing cover-up, where the administration has been involved in bailing out insurance companies to disguise Obamacare’s failures.

Last month, House Energy and Commerce Chairman Fred Upton (R-Mich.) and House Ways and Means Committee Chairman Kevin Brady (R-Texas) sent a letter to CMS Acting Administrator Andy Slavitt regarding these illegal payments, asking him to explain the center’s violation of the law and pay-outs to insurers. If Slavitt attends Friday’s Subcommittee on Oversight and Investigations hearing, he will have the chance to answer to taxpayers.

Obamacare’s failures have reduced competition and increased costs for patients who were promised affordable coverage. Insurers have shifted their costs to patients through increased premiums, deductibles and smaller networks, and now the government is giving them more. Allowing CMS to tack on this additional bailout for their closest allies at the expense of taxpayers is just another example of the dysfunction of this law. When it comes to healthcare policies, we need to be moving towards a free market, not government cronyism, to get us back on track.