Where Do The Candidates Stand on Social Security?

David Williams
|
Posted: Feb 23, 2016 12:01 AM
Share   Tweet
The opinions expressed by columnists are their own and do not necessarily represent the views of Townhall.com. 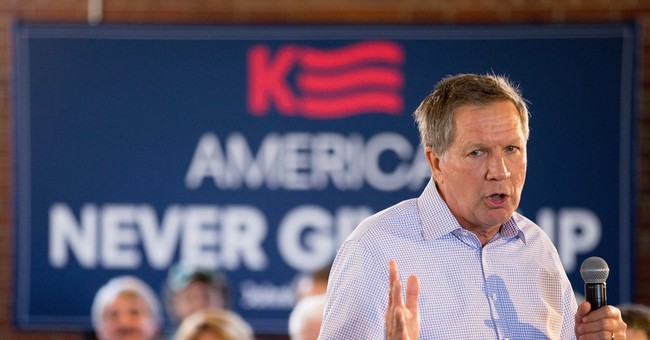 Many serious issues remain undebated as the national dialogue around the 2016 Presidential campaign focuses on silly distractions such as one candidate’s Canadian birth and another’s high-heeled boots. One such issue of critical importance that needs to be discussed is Social Security. No one should be more concerned about this vital issue than the next generation of retirees. According to an alarming report by the Social Security Board of Trustees, the program will begin to pay out more than it takes in by 2034.

For this reason, conservatives have argued for years that this valuable safety net program is in need of structural reform. Unfortunately, their calls for fiscal prudence have often been met with attacks from the left; attacks so effective the program remains on a collision course against demographic realities to this day. The situation is well known. Due to the Baby Boom generation reaching retirement age and living longer lives, we have more Americans receiving Social Security and fewer paying into the system. Without structural reforms future retirees could face automatic cuts to their benefits.

AARP, the nation’s largest lobbying outfit for older Americans and generally no friend to Republicans on such matters, has launched a campaign called “Take A Stand” designed to encourage dialogue and debate on Social Security reform. They catalogue whether a candidate has articulated a plan on Social Security and are remaining neutral on the content of these plans. The group has run television spots in early caucus and primary states and has recruited volunteers to question the candidates about their plans.

So where do the candidates stand?

According to AARP’s analysis, increasing the retirement age is the most popular reform measure supported by most of the current Republican candidates. In fact, Dr. Ben Carson, Sen. Ted Cruz (Texas), Gov. John Kasich and Sen. Marco Rubio (Fla.) have all proposed raising the retirement age.

Eliminating the payroll tax for working seniors (Rubio), adjusting the COLA (Cruz), abolishing the limit on retirement earnings (Rubio), and proposing to index benefits to prices (Kasich) are all supported by one candidate.

Overall Rubio has proposed the greatest number of reforms among the candidates still in the race, followed by Kasich and Cruz.

Whereas Republican plans are mostly geared toward curbing costs, Democratic plans appear to focus on increasing revenues and actually increasing benefits. Both Secretary Hillary Clinton and Sen. Bernie Sanders (Vt.) want to increase the payroll tax cap and improve benefits for low-income seniors. In fact, Sanders says he wants to improve benefits for all seniors. He would also adopt an elderly inflation measure to adjust the COLA. Meanwhile, Clinton would tax other sources of income.

In other words, the Democrats are looking to turn Social Security into more of a vehicle for wealth redistribution than it is today. Their idea is to take more money from the pockets of working Americans and put it into the pockets of older Americans. That will probably sell in a Democratic primary and it could conceivably buy seniors’ votes in a general election. But it’s terrible economic policy that will continue President Barack Obama’s legacy of stagnation.

Many of the Republican plans are worthy of consideration. Certainly raising the retirement age to better reflect modern realities makes sense. And there’s little question that if we were to craft a Social Security program from scratch today we would leverage the power of markets by allowing some manner of private accounts. That has been a difficult sell politically, however. Meanwhile, means testing makes would be less popular. It’s difficult to imagine why successful retirees would agree that they would be less entitled to money that they paid into the system then other workers.

Donald Trump has only stated that he will stop waste, fraud and abuse. While it is critical that waste, fraud, and abuse be addressed, much more needs to be done.

The failure to reform Social Security will expose future taxpayers and result in automatic cuts for future retirees.  This is irresponsible and no way to treat our retirees.